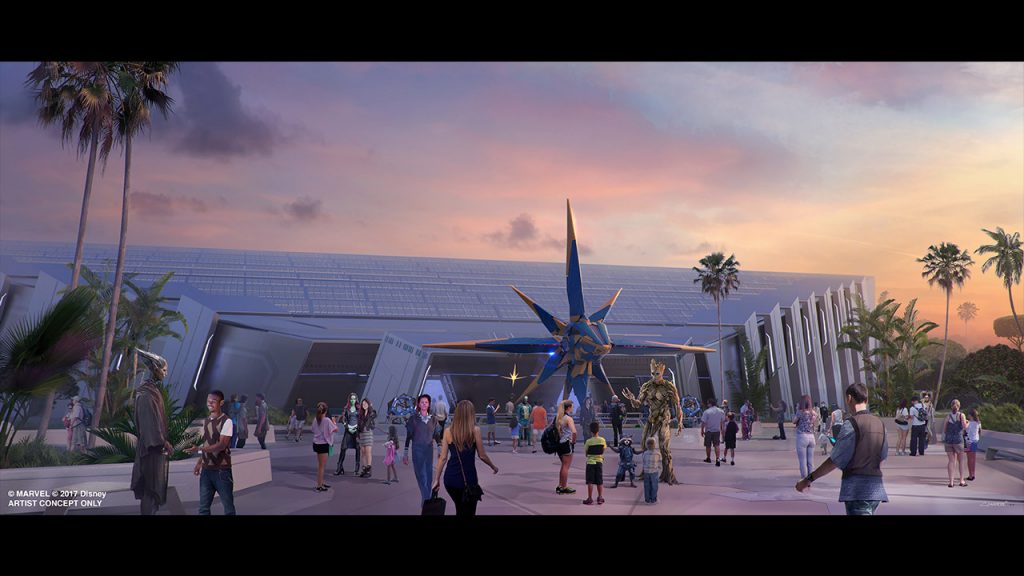 Disney is bringing a Guardians of the Galaxy roller coaster to Epcot at Walt Disney World Resort in Florida.

The Guardians of the Galaxy roller coaster will be one of the world’s longest enclosed coasters when it opens at Future World at Epcot. Disney hopes to have the ride ready for 2021, in time for the 50th anniversary of Walt Disney World Resort.

The ride will feature a unique story, currently being developed by Walt Disney Imagineering and will include “a new innovative ride system guaranteed to ‘wow’ guests”, according to Disney Parks Blog.

“As we build upon its core mission of optimism and hope to inspire the world, the real will become fantastic and the fantastic will become real – in whole new ways at Epcot,” Walt Disney Parks and Resorts Chairman Bob Chapek said.

Chapek announced the ride at D23 Expo Japan, where he also revealed more details about other new attractions coming to Disney parks, including new Pixar experiences and an immersive hotel at the Star Wars – Galaxy’s Edge area in Disney’s Hollywood Studios.

There are also changes coming to the historical attraction American Adventure at Epcot. Currently closed for refurbishment, when it reopens in February the attraction will feature an all-digital projection system as well as a new screen and speakers.

The film has also been updated to include new icons including composer John Williams, astrophysicist Neil deGrasse Tyson and ballerina Misty Copeland. The anthem of the attraction, Golden Dream, has been re-recorded with new orchestration.

Disney reveals details about Pixar attractions coming to its parks