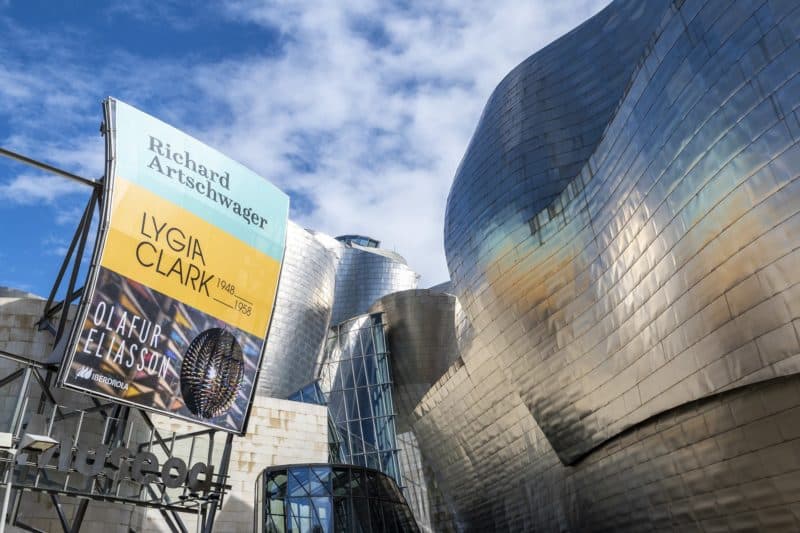 The museum hopes to improve the environment with its new project, using a treatment based on the natural process of photocathalysis, which causes a purifying effect much like trees do.

The large banner announcing exhibitions on the museum’s facade and banners advertising the exhibition of artist Olafur Eliasson will all be covered with advertising vinyl treated wth Pureti Print.

Pureti Print technology, used in the museum’s graphic communication materials, was developed in collaboration with NASA and certified by various international laboratories.

The impact of the outdoor advertising campaigns could be equivalent to the air purifying effect of more than 700 trees.

Juan Ignacio Vidarte, director general of the Guggenheim Museum Bilbao, said: “A technology that allows us to help purify the air in our city was a great opportunity to go a step further in the museum’s commitment to contribute, in all aspects possible, to stop climate change.

“Just as we are cutting down power consumption thanks to the change of the lighting systems in the museum galleries, the possibility of purifying the air while acquainting our audiences with our art program was a great chance,” he added.

Photocathalysis is a chemical reaction triggered by sunlight. It turns oxygen and water vapour in the air into cleaning agents of pollutants, including nitrogen oxides, sulphur oxides, and volatile organic compounds.

Pureti Print, which also purifies bacteria, mould and bad odours, has been recognised by Tecnalia, a benchmark center in photocathalysis in Spain.

Pureti Print is part of the European iSCAPE project, which was created in response to improving air quality and reducing pollution.

As concern over the effects of climate change grows, attractions are developing green agendas, whether they are reducing plastic, going solar, or offering vegan options.