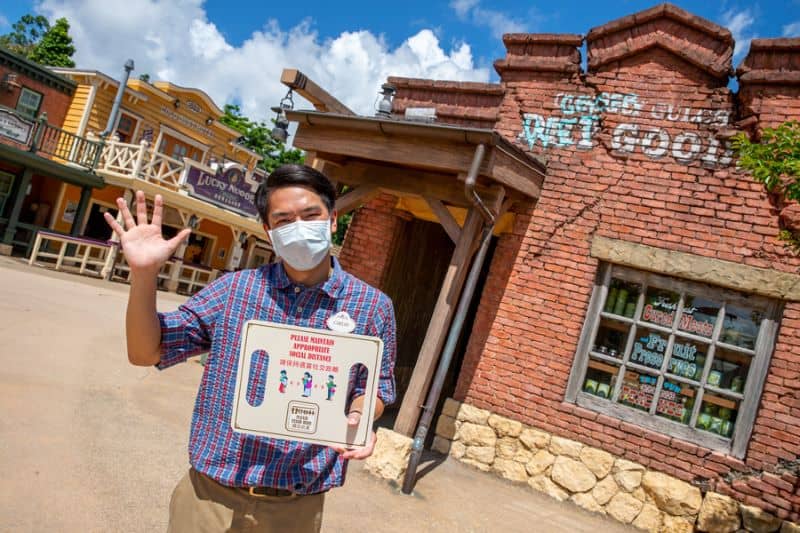 As infections surge, authorities have closed theme parks once again. In addition, large social gatherings, dining-in at restaurants and going to the gym will be temporarily suspended (via BBC). Hong Kong Disneyland Resort hotels will remain open with “enhanced health and safety measures… such as social distancing measures and increasing the frequency of cleaning and sanitization”.

According to The Straits Times, Hong Kong will impose strict social distancing measures from Tuesday (July 14) after recording 52 new cases, 41 of which were locally transmitted, on Monday (July 13).

Since late January, Hong Kong has reported 1,522 cases of COVID-19, while local media reported an eighth death on Monday.

In a similar statement, Ocean Park said: “In response to the government’s requirement for all scheduled premises under the Prevention and Control of Disease Regulation to cease operation from 15 July to 21 July in the wake of the resurgence of COVID-19 infections, and with the scheduled park closure every Tuesday, Ocean Park will be temporarily closed from 14 to 21 July to help curb the COVID-19 epidemic.” The Hong Kong government said: “The recent emergence of local cases of unknown infection source indicates the existence of sustained silent transmission in the community.”

Lotte World, the largest indoor amusement park in Seoul, closed temporarily in June after a visitor tested positive for COVID-19.

I just wanted to say thank you for you articles on the Theme Park industry. I work in the theme park industry and at times getting information is slow. Do you also cover smaller theme parks in the US in addition to Disney, Universal and Sea World?
Regardless, thanks again for your work.

Hi Fred,
Thanks so much for your message, I’m glad you’re enjoying our content. We do cover smaller theme parks in the US, so keep an eye on the site! Thanks again,
Bea