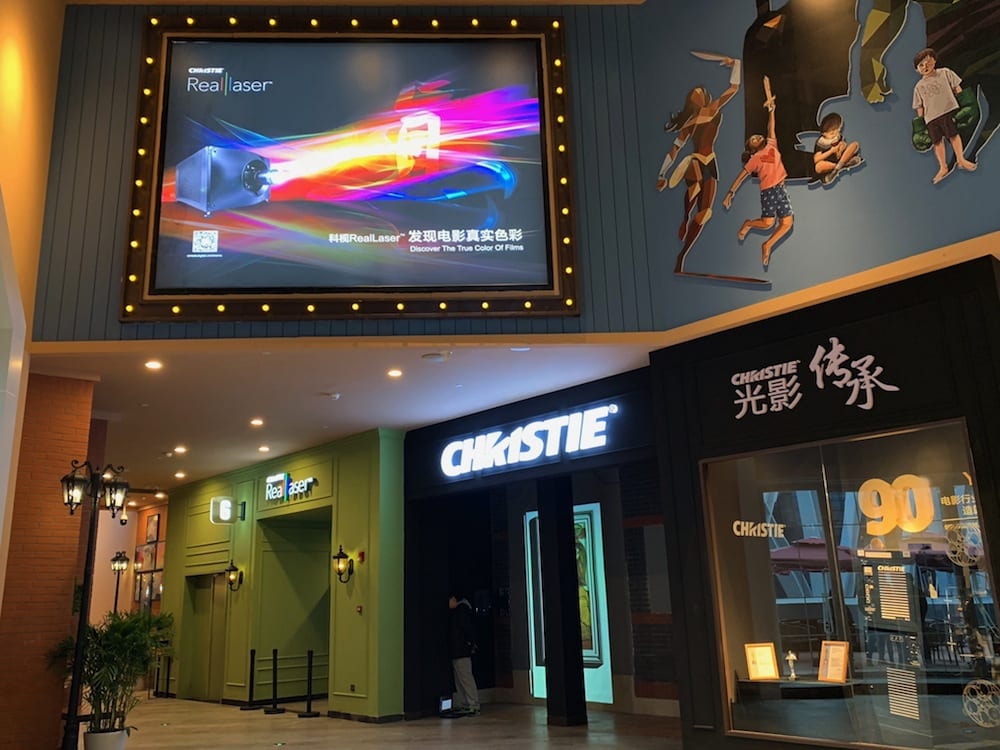 A new cinema complex in Shanghai has opened with a state-of-the-art laser projection system from Christie. The Huayi Brothers Cinemas multiplex is located on the fifth floor of Parkside Joy City shopping mall in the city’s Putuo district.

Eight of its well-appointed halls are equipped with Christie RealLaser cinema projectors including the leading-edge 4K-resolution CP4325-RGB and 2K-resolution CP2320-RGB models.

The RealLaser family of projectors dramatically lowers the cost of RGB laser ownership, while providing an unmatched cinematic experience to mainstream auditoriums. The projectors’ compact ‘all-in-one’ form eliminates the need for sub-ambient external cooling. Each unit delivers consistent excellent image quality and brightness above DCI standards throughout their natural life. According to the manufacturer, they can operate for over 30,000 hours without lamp changes. 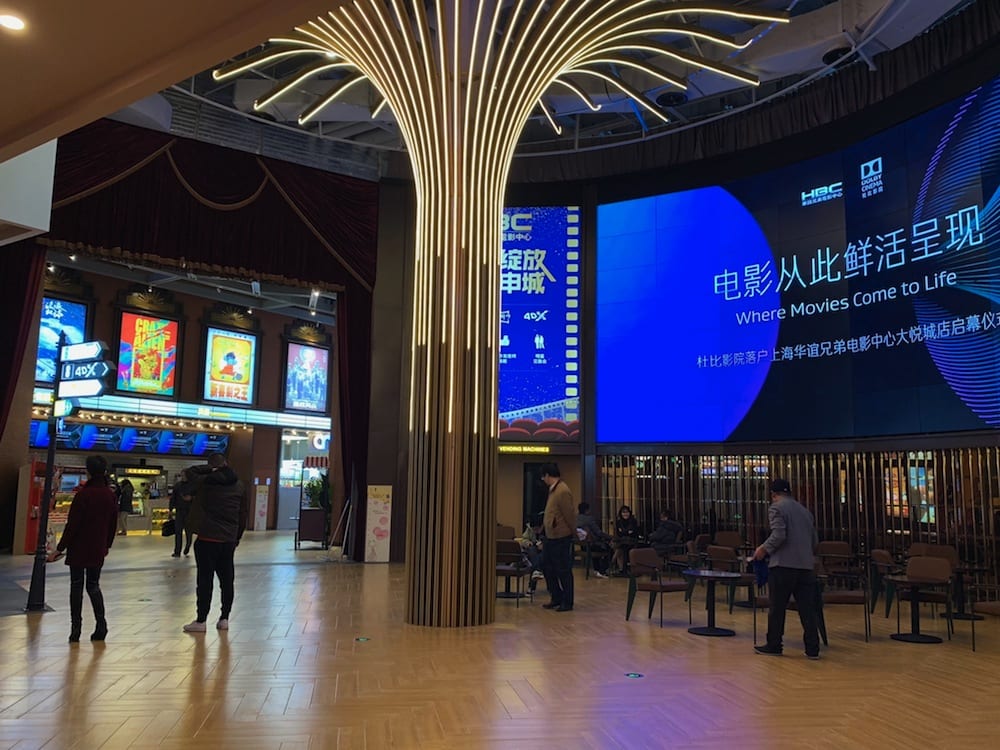 The CP2320-RGB projectors are deployed at Huayi Brothers in five medium-sized auditoriums. These include two luxuriously-furnished ‘director’s halls’ featuring ergonomic sofa seats and extra legroom and an average screen size of 10 metres. Three of the larger auditoriums, with 14m screens, have been equipped with the CP4325-RGB models.

The cinema complex has been designed to provide film fans with an exciting journey of movie exploration. Unlike in most installations, Christie’s name does not just appear behind the scenes. In the lobby, audiences are greeted by two large posters highlighting the projection specialist’s long-standing cinema heritage. 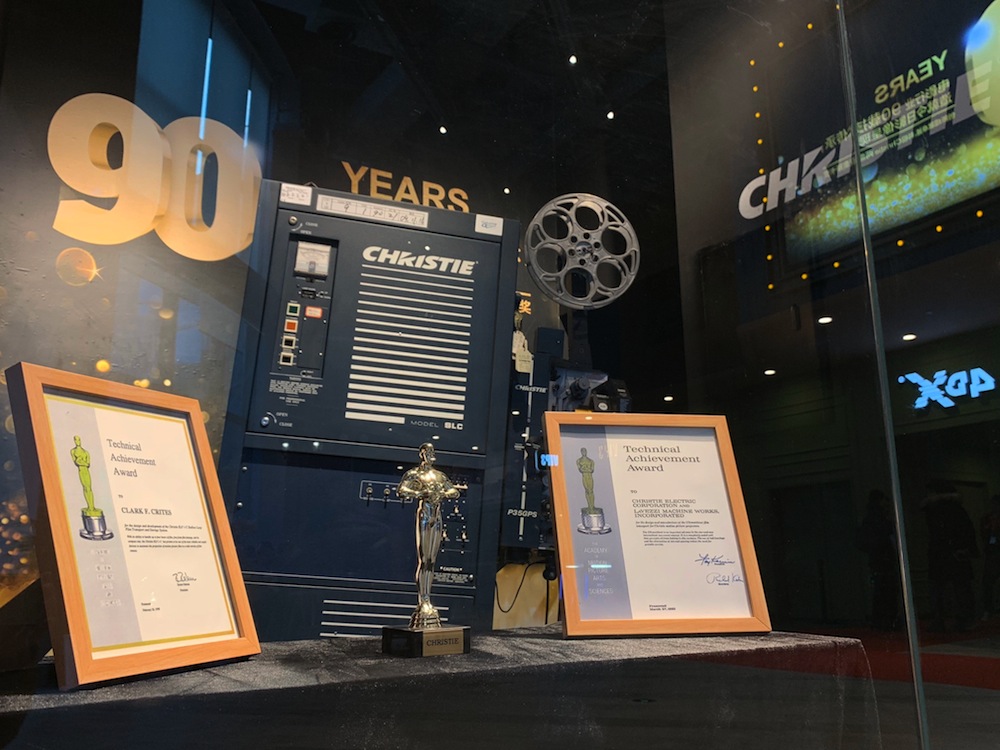 In addition, a display zone has been set up next to Hall 6 – which has been named the Christie RealLaser auditorium – showcasing Christie’s legacy of cinema innovations. Featured in the display are the seminal Christie P35 film projector, which won two Academy Awards for technical achievement in 1988 and 1993, a showcase of other Christie achievements, plus today’s RealLaser technology.

The design of the multiplex also focuses on the comfort of movie-goer. Lighting is set up in such a way that they can easily adapt from brightly-lit pathways to the darkened cinema halls.

“We are very pleased to open our first cinema complex in Shanghai,” says Ge Liu, general manager of Huayi Brothers Cinema Investment Co. “We are fully committed to provide the best movie-going experience to our patrons. In terms of projection, we wanted an advanced, future-proofed system that excels in image quality, operational lifetime and overall cost. Christie’s RealLaser projectors met all our requirements.” 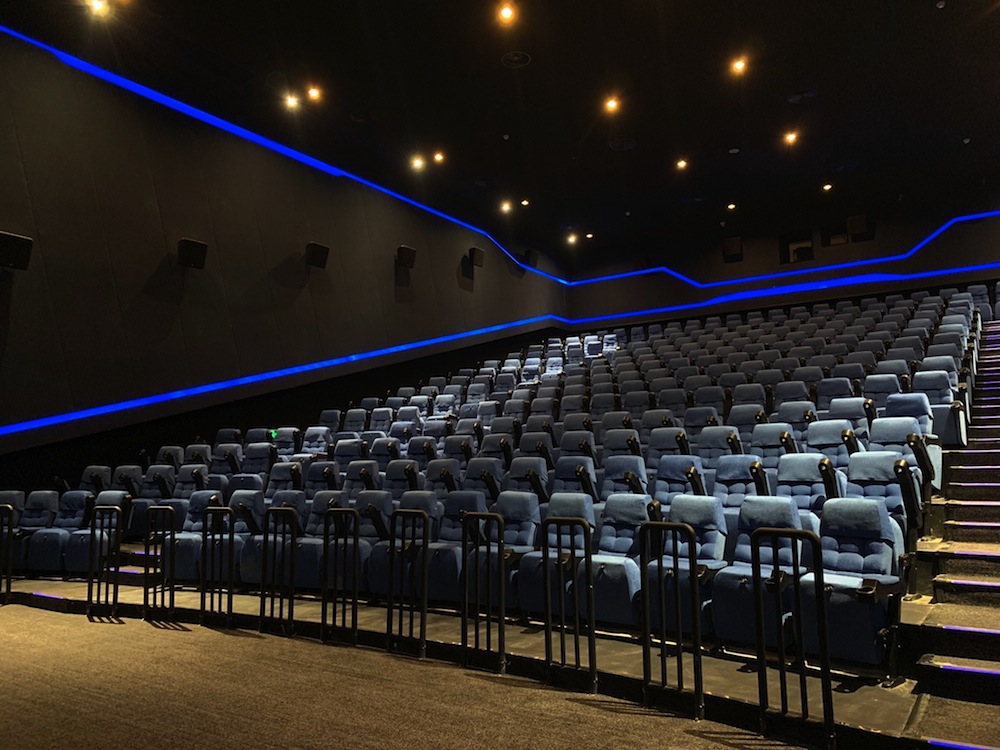 Huayi Brothers have to date invested in 27 movie theatres in China. These are typically located in first and second-tier cities such as Beijing, Shanghai, Shenzhen, Chongqing, Wuhan, Xiamen, Shenyang, Harbin and Hefei. The company is now deepening its presence in third and fourth-tier cities across the country.

Haptic virtual reality experience on trial at ImmotionVR in Bristol