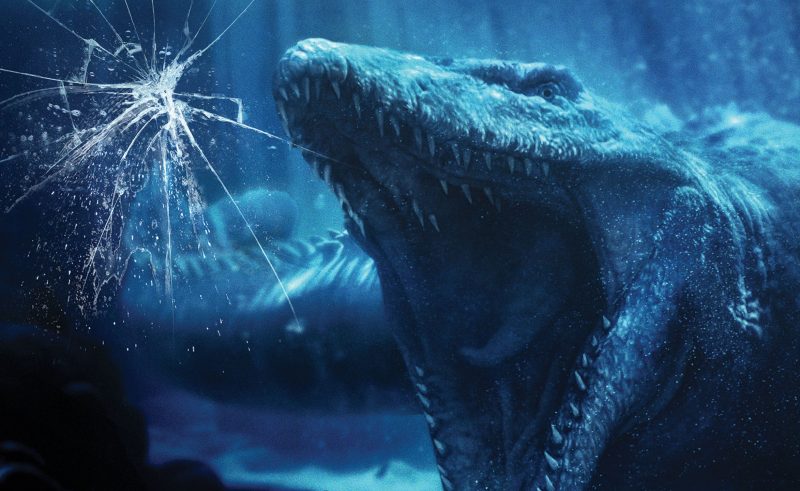 Universal has also released a new photo of the ride’s new dinosaur, the Mosasaurus, seen cracking the glass of her giant aquarium.

During the ride, the Mosasaurus appears in a realistic underwater environment, with motion parallax technology used to shifts guests’ perspective as the aquatic dino moves around her tank.

Meet the Mosasaurus in her realistic aquarium 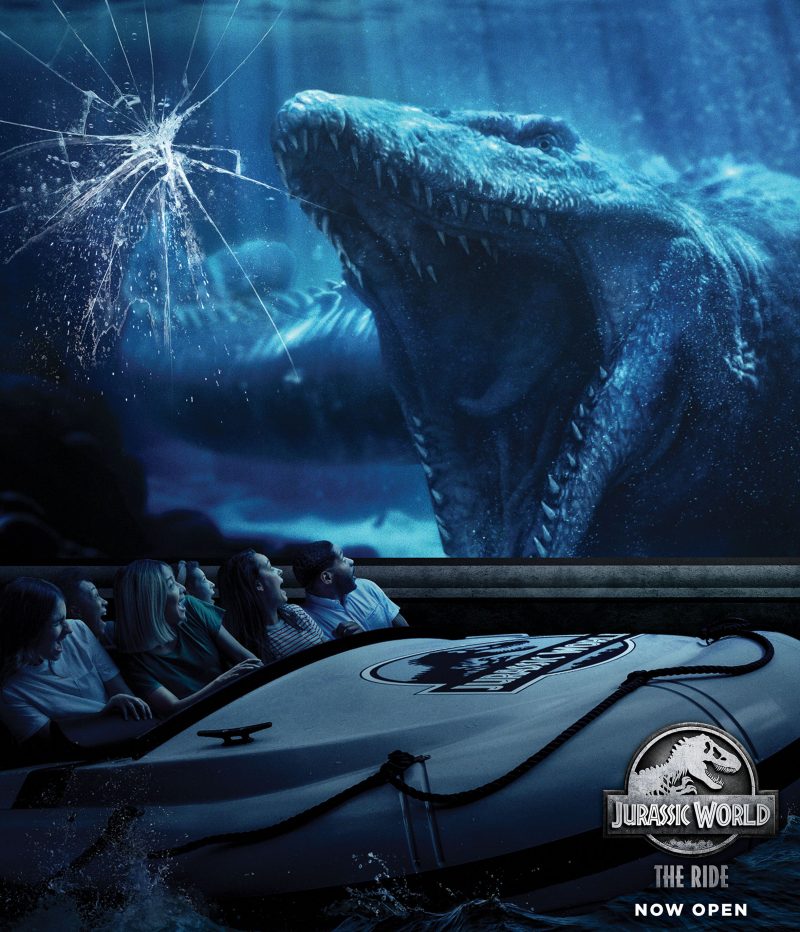 The aquarium intuitively shifts from day to night thanks to lighting enhancements, and there are visual changes to the environment during inclement weather.

The stars reprise their roles as Owen Grady, Claire Dearing and Dr Henry Wu, marking the first time they’ve appeared as their characters outside of the film franchise for a theme park.

Located next to the attraction will be a new, highly-themed Raptor Encounter where guests can meet Blue, the Velociraptor from the Jurassic World franchise, as well as two new dinosaurs – a baby Velociraptor with her handler, and a life-size Triceratops.

Jurassic World—The Ride has an original storyline, which takes place within the Universal Studios park on the day the Indominus rex escapes, as seen in the film.

In a TV spot, which you can watch above, Jurassic World’s iconic Tyrannosaurus rex and Indominus rex invade Universal Studios’ movie studio backlot.

Digital Visitor to oversee Google Advertising for the Science Museum