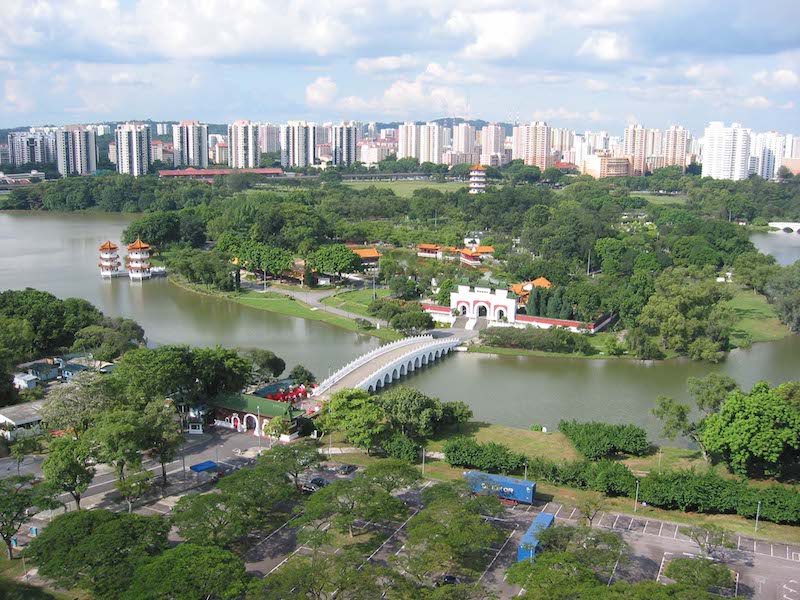 Singapore’s Jurong Lake District is being transformed into a major tourist destination. Plans have been announced to develop a 7-hectare site within the area.

The site is currently vacant and located next to the Chinese Garden MRT station and the location of the new Science Centre, which will move from Jurong Town Hall to Jurong Lake Gardens.

The development will feature a hotel, attractions, restaurants and retail, it was announced on Tuesday (April 16) at the Singapore Tourism Board’s (STB) annual tourism industry conference.

An expression of interest for the site was launched by Senior Minister of State for Trade and Industry, Chee Hong Tat, at the conference. The EOI will close in early November.

STB CEO Keith Tan said that some have already expressed “keen interest” in the site, which will become a key destination by 2026. 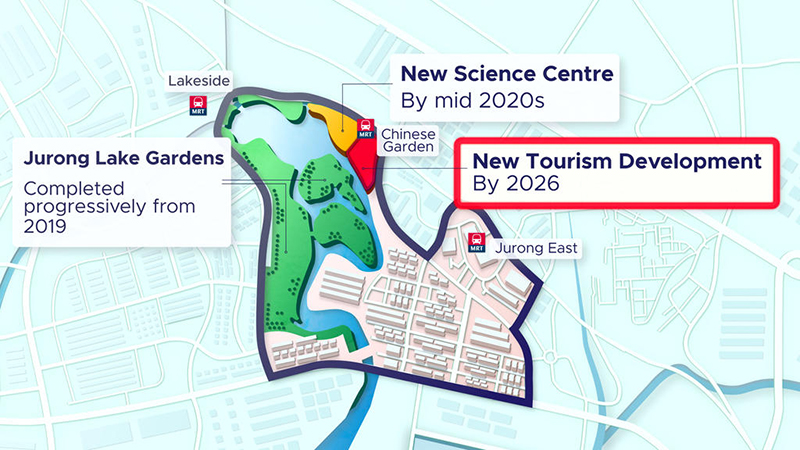 There is no specific concept for the development, according to Mr Tan, who said that it will depend on the ideas submitted through the expression of interest exercise.

However, Mr Tan said that the agency is looking for ideas that complement the existing attractions at the Jurong Lake District.

“The eventual attraction that will be developed there is deeply integrated into the larger precinct. Next door will be the new national Science Centre, across the lake will be Jurong Lake Gardens. That makes it quite distinctive from some of the other standalone attractions in Singapore,” he added.

He also explained: “I think with the Jurong Lake District in particular, they will see not just a tourist precinct, not just where tourists go, but where locals go.”

Mr Tan went on to address the suspension of the Kuala Lumpur-Singapore High Speed Rail (HSR), and whether it could affect plans.

“If it doesn’t happen, we think there’s still viability in the area. Our tourism projects are not dependent on whether the HSR comes about or not,” he said.

Mr Chee said that the new plans are in line with STB’s strategy to spread out its tourism offerings across different parts of Singapore.

Meanwhile, a new lifestyle quarter called Siloso Green is set to open in Sentosa by the end of 2019. It will feature restaurants, shops, concert and event spaces, and waterfront accommodation.