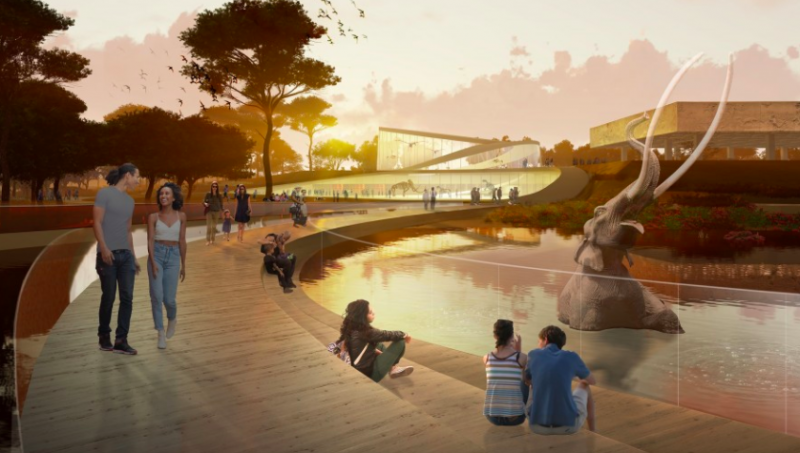 NHMLAC and the master planning team will work together during a process of public engagement, master planning, design and construction at the Tar Pits.

“Our ‘Loops and Lenses’ concept creates new connections between the museum and the park, between science and culture, and envisions the entire site as an unfolding place of discovery,” said Marion Weiss and Michael Manfredi, principals at WEISS/MANFREDI.

Master planning, design and construction at the Tar Pits 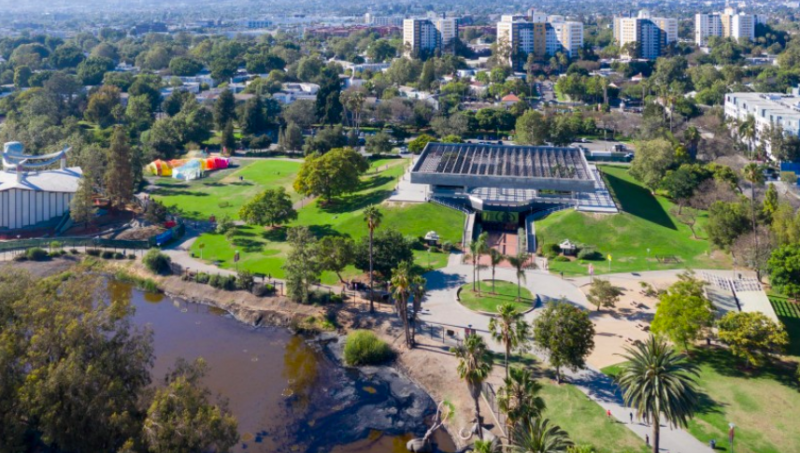 “We are excited to move forward with Marion, Michael, and their remarkable team, as we work toward a more integrated experience of the museum and the landscape in Hancock Park while increasing community access, preserving the site’s iconic features and developing a more sustainable infrastructure for the next 50 years,” said NHMLAC president and director Dr Lori Bettison-Varga.

NHMLAC chose WEISS/MANFREDI’s team through an international search process. The two other finalists were Dorte Mandrup and Diller Scofidio + Renfro.

‘A more integrated experience of museum and landscape’ 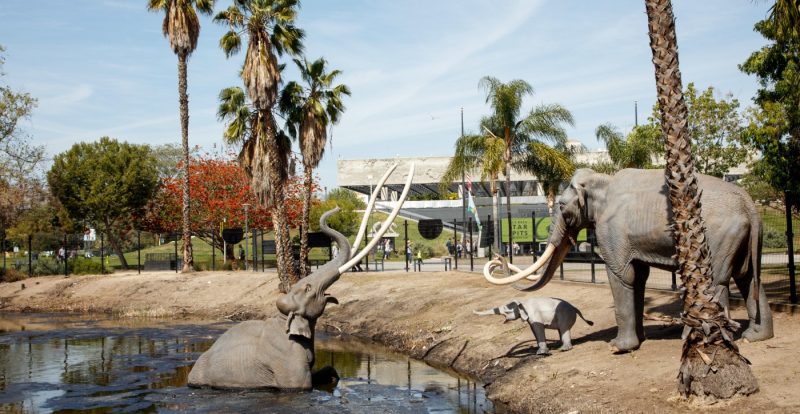 All three proposals envisioned a more integrated experience of the museum and the landscape, also preserving the site and increasing access.

As well as the Tar Pits and George C Page Museum, the campus includes several active digs, a concession building, simulated Pleistocene landscapes, contemporary gardens, and an Observation Pit from the 1950s that was refurbished in 2014.