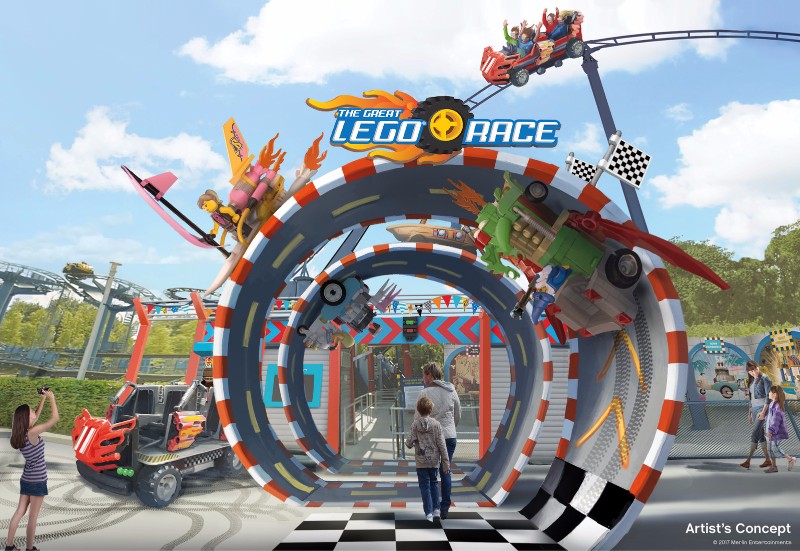 LEGOLAND® Resorts in Malaysia, Florida and Germany will transform their “Project X” coasters into a virtual reality (VR) “The Great LEGO Race” ride.

Guests will be wearing VR headsets, allowing them to experience the action from every direction.

The coaster’s queue will resemble a pre-race space where pit crews for each of the five LEGO racers are preparing for the competition. There will also be interactive, hands-on elements to entertain waiting riders.

The ride was developed under the supervision of Merlin Magic Making, which designs and develops attractions for Merlin sites around the world.

Candy Holland, senior creative director for Merlin Magic Making: “The Great LEGO Race was inspired by the way kids play with LEGO toys at home. It’s a unique LEGO adventure that lets kids enter an epic imaginary world made entirely from LEGO bricks, featuring a host of different themes and fun LEGO characters, all mixed up together.”

The Project X rollercoaster is described on the LEGOLAND website as “a wild roller coaster track” where “guests feel the power of acceleration, braking and maneuverability as they race a life-size LEGO® TECHNIC™ vehicle.”

The 150 acre LEGOLAND Florida Resort has drawn millions of visitors from around the globe since it opened in 2011.

Wonders of Wildlife Museum & Aquarium to open in Missouri