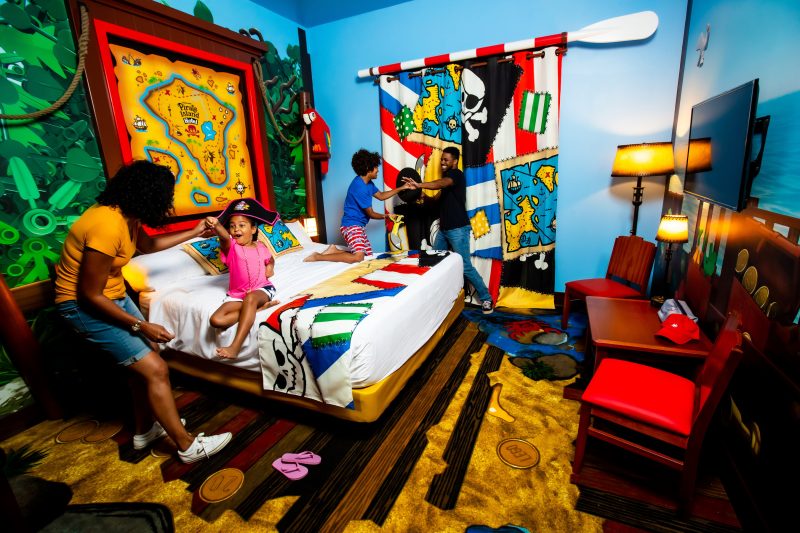 Legoland Pirate Island Hotel is opening in 2020 at Legoland Florida Resort. The accommodation will include a pool, F&B, and Lego Pirate-themed rooms.

The first Lego Pirate Hotel in North America is set to open on April 17, 2020. The company announced the news in honour of ‘International Talk Like a Pirate Day’.

Legoland Pirate Island Hotel will be Legoland Florida Resort’s third accommodation offering. It will have 150 themed rooms and four suites.

The hotel will also boast a heated swimming pool with a pool deck. Lego soft bricks will be available to build in the pool.

F&B at the Shipwreck Restaurant and Smuggler’s Bar

Much like the Legoland Hotel, each room will have two separate spaces – a sleeping area for children and an adult area.

The adult area will be furnished with Lego pirate decor, a king bed and a TV. The area for children will have a bunk bed, Lego play areas, and another TV.

All rooms will be fully themed with interactive Lego pirate models. The five-storey hotel will also house the pirate-themed Shipwreck Restaurant and Smuggler’s Bar. 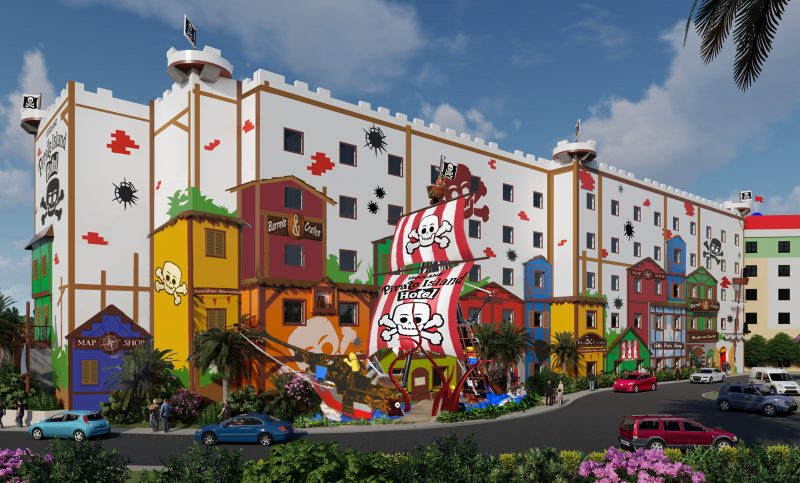 What’s more, Legoland Pirate Island Hotel will have an entertainment area and Lego play areas, as well as a life-size Lego Pirate Ship.

Elsewhere, Legoland California Resort is expanding with The Lego Movie World, which will include rides and characters when it arrives in 2020.

Beauty and the Beast expansion opening in 2020 at Tokyo Disneyland