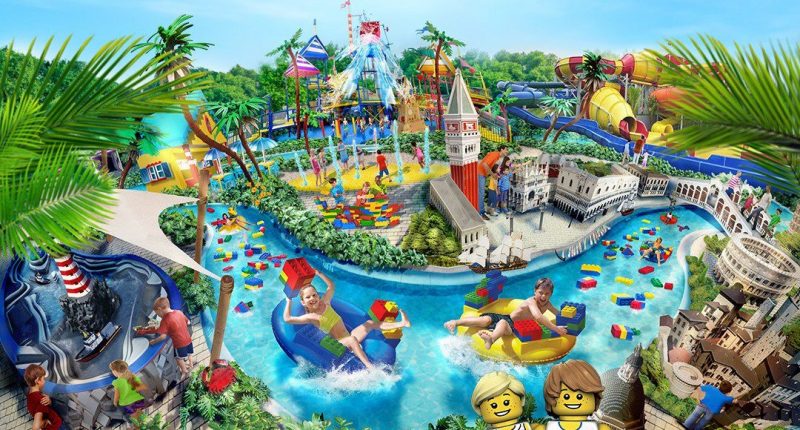 Gardaland Resort in Italy has announced it will be getting the first Legoland Water Park in Europe in 2020. The theme park has released the first promotional image.

“The first Legoland Water Park in Europe will be built inside Gardaland Resort and it will also be the first in the world inside a theme Park not Legoland branded,” said Gardaland CEO, Aldo Maria Vigevani.

“The Lego brand is renowned globally and will undoubtedly contribute to strengthening Gardaland Resort’s position as a major European tourist destination, as well as confirming it as a top player for family entertainment,” he added.

Gardaland Resort wrote on Twitter: “In 2020 Gardaland will host the first LEGOLAND Water Park in Europe! Are you ready to dive, slide and build your fun?”

Legoland and Gardaland are yet to release details about the water park, but it’s thought the new attraction will be similar to Legoland Water Parks in Dubai and the US.

Paolo Lazzarin, General Manager of LEGO Italia, said: “This is great news. We are really proud and I’m certain that the park will fill the young and adult builders who passionately follow the brick with joy.”

Also coming in 2020, Legoland Billund in Denmark is expanding with The Lego Movie World, which will include new rides and Scandinavia’s first flying theatre.

‘Are you ready to dive, slide and build your fun?’

The first Lego Movie World opened at Legoland Florida Resort this year, adding three new rides and the first ever flying theatre in a Legoland.

Kirkbi is the investment vehicle of Lego’s founding family. Blackstone Group is a private equity firm, and co-investor CPPIB is a Canadian pension fund.