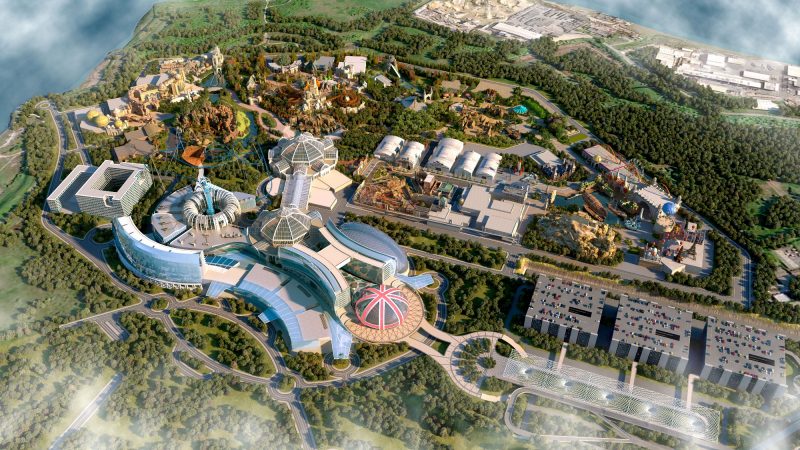 The London Resort has offered a first look at the upcoming theme park in new concept artwork. The attraction has also unveiled its six themed lands, as announced by PY Gerbeau at blooloopLIVE.

The images are the first to be released since The London Resort confirmed partnerships with the BBC and ITV Studios, as well as Paramount Pictures.

The London Resort has shared four visuals, teasing the ‘next generation’ rides and experiences at the destination, scheduled to open in 2024. 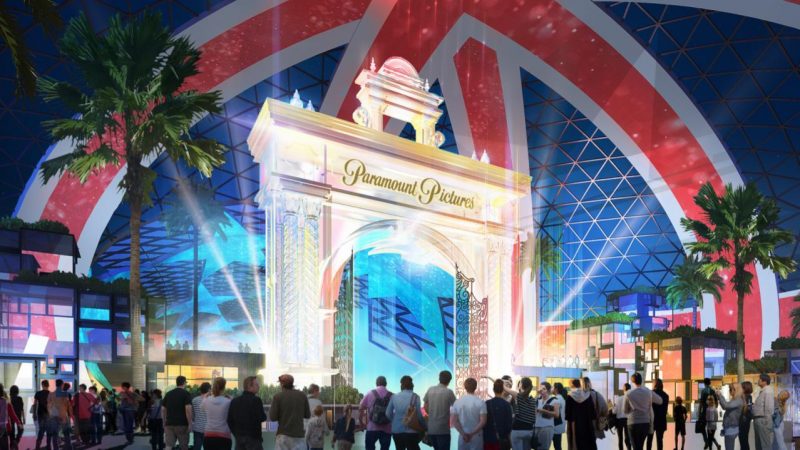 “A destination that maximises all the new, immersive and interactive technologies and experiences in the world,” added Gerbeau.

“But we won’t just be creating a world-class leisure destination, it will also be one of the most sustainable theme parks on the planet.”

Gerbeau is referring to The London Resort’s partnership with EDF Energy to make it the most sustainable major theme park in the world, with a Net Zero emissions goal.

As visitors enter The London Resort, they will go via The High Street, which features shops, restaurants, hotels, a convention centre, and a water park.

The six lands of The London Resort 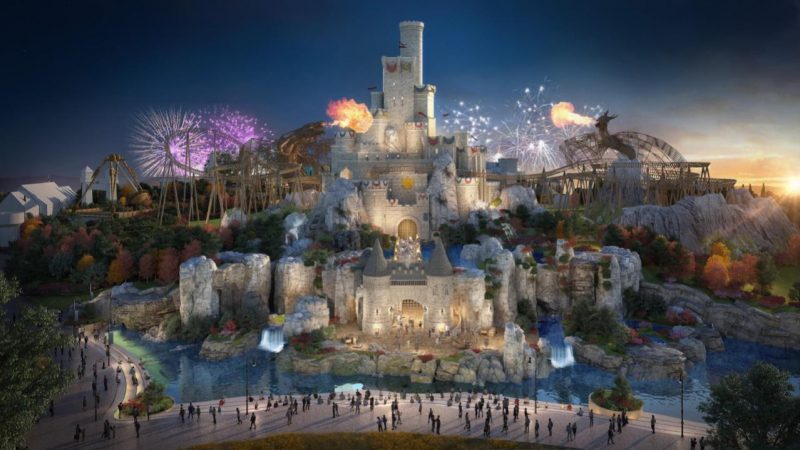 Guests will begin their trip in The Studios, a modern-day warehouse district inspired by blockbuster movies, a combination of high-octane car chases and high-stakes espionage.

Next up is The Woods, an enchanted realm influenced by fables and fairytales, where visitors will travel through the pages of a storybook.

The Kingdom is an immersive realm of swords, sorcery, dragons and legend. It is themed on England as a dark and ancient land, with castles and Arthurian legends. 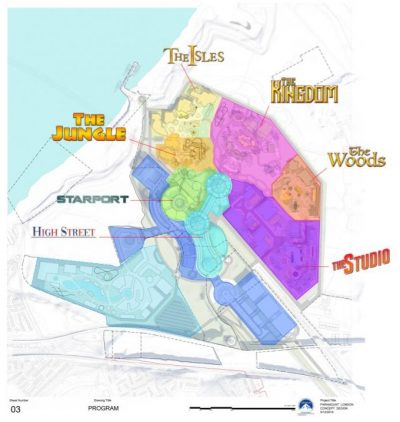 Elsewhere in The Jungle, guests will explore the ancient ruins of a long-lost Mesoamerican civilisation, an overgrown environment with ancient secrets, discoveries and mystical artefacts.

The final land is called The Starport, and is a bustling, 23rd-century landing zone. The futuristic area will feel like a science fiction film.

“We have three guidelines we work to when it comes to developing attractions,” said Gerbeau. “Number one is innovation. We’re not here to copy what’s been done before even if it has been successful.

The 535-acre site is the equivalent of 136 Wembley Stadiums. It will be the first of its kind in Europe to be built from scratch since Disneyland Paris, which opened in 1992.

The London Resort will eventually have two theme parks, with the first gate opening in 2024 and the second in 2029.

It is expected that approximately 70 percent of attractions and rides will be undercover.

Theme Park Fan –The Musical is the largest UK theme park community project ever produced. It aims to bring the community together while raising funds for mental health...