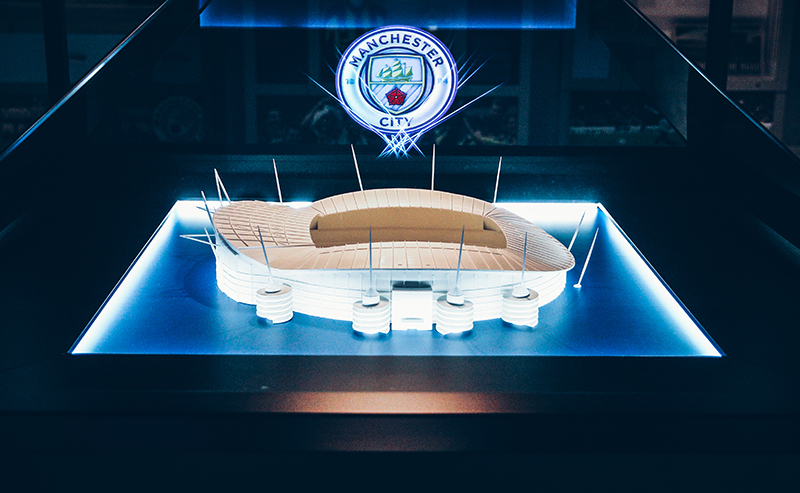 Manchester City has announced the launch of a high-tech, immersive stadium tour as the club celebrates its 125th birthday.

The ‘Manchester City Tour’ will be the most immersive tour experience in football, taking fans through the club’s history and heritage.

Using technology to enhance the experience, the tour includes 3D holographic content, augmented reality (AR) and a 360-degree cinema screen – the first of its kind in the Premier League.

As part of the tour, the club has opened an exhibition space, which includes key historical artefacts and interactive exhibits with spinning cotton spools telling the story of Manchester’s industrial past.

And to celebrate, we’ve launched a brand new stadium tour! ?

Using AR, fans will also get to ‘sit next to’ and ‘interact’ with Manchester City manager Pep Guardiola at the top table of a press conference recreation.

Omar Berrada, COO, said: “Announcing the ‘Manchester City Tour’ today is the perfect way to mark the club’s 125th birthday, recognising our rich history and heritage, and celebrating the journey that the club and our fans have been on together.

“We’re delighted to have created a tour that brings together physical artefacts and technology for the first time, giving our fans an opportunity to immerse themselves with the Manchester City story in a unique way. We hope that it will make for an unforgettable experience,” he added.