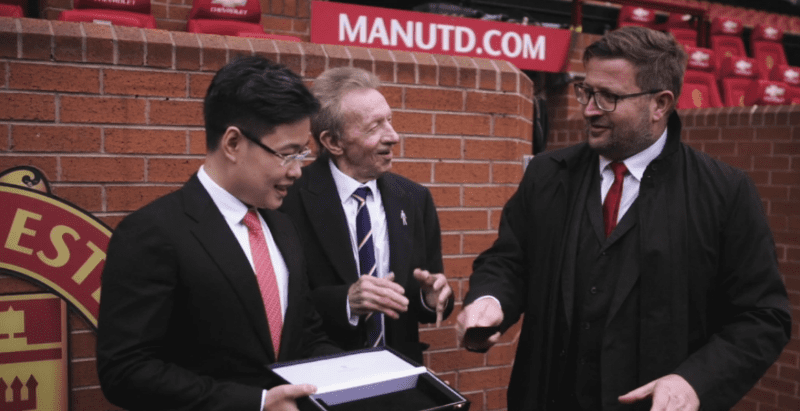 Manchester United will work with Chinese property developer Harves to open a series of club themed entertainment and experience centres throughout China.

The first Manchester United Entertainment and Experience Centres will open in Beijing, Shanghai and Shenyang by the end of 2020. The Beijing centre will be located within the Beijing FUN development.

The centres will feature interactive attractions and exhibitions. Manchester United has 100 million followers in China, and the centres will give fans a place to celebrate the team.

State-of-the-art technology will be used to bring the club to life with attractions that will let visitors experience a matchday, and learn about the history of the club. Each club will be different, and featuring restaurants and retail.

Manchester United’s Group Managing Director, Richard Arnold, said: “We’re very excited to be partnering with Harves on the Manchester United Entertainment and Experience Centres concept, offering our millions of Chinese fans the chance to experience the club in a new and innovative way. We first visited China in 1975 and we’re proud to have seen our fan base in the region grow and develop their passion for United over the years. This new concept will allow them to get closer to the club they love.”

Harves CEO, Bo Zhang, said: “Harves is honoured to partner with Manchester United and bring our property development expertise in the creation of these centres. They were the first club to broadcast games in China and I can remember setting my alarm to watch the best players in the world play. Manchester United was also the first to tour China and the first to host fan events in the country. But they are so much more than a football club. They are always striving for excellence in the way they approach life. We are excited to bring the rituals and emotions of the Manchester United experience to the youth in China, capturing what it feels like to be a member of this elite club. Rooted in its unique approach to training, its storied legacy and leadership, and its status as the most successful club in the world, we will create a fully immersive experience that entertains, educates, and inspires the next generation of football fans.”

Football teams and players are hot properties in the attractions industry. A Real Madrid theme park project has been in the works for some time.

Last year, the team also announced a worldwide, interactive travelling exhibit that would begin in Australia.

The five entertainment centres will be constructed over the next five years. Each will have an average footprint of 5,000sqm and will offer a family-friendly, sports-based experience combining physical education and entertainment through interactive activities.