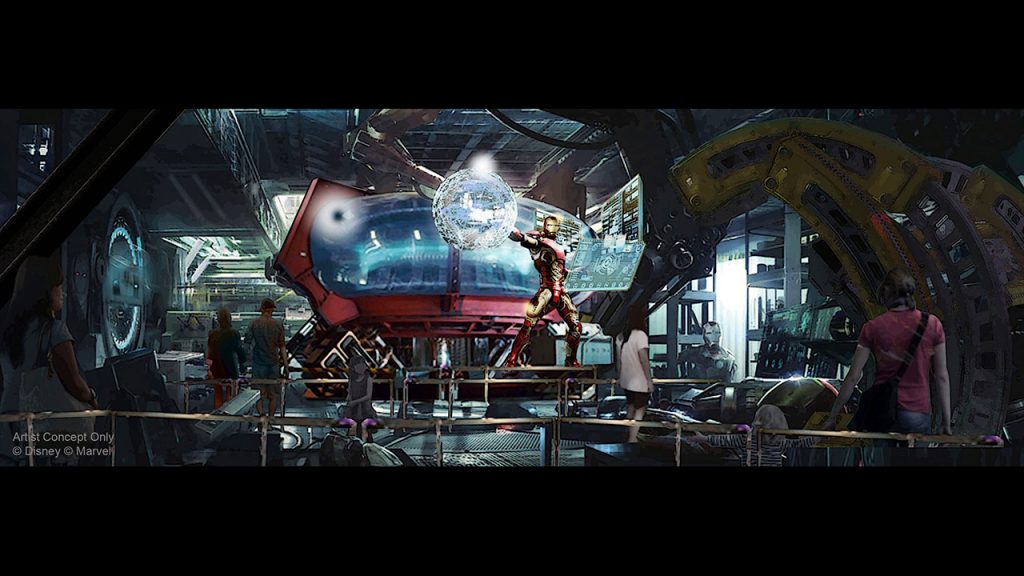 Marvel Super Heroes are heading to Disneyland Paris on a new roller coaster while Mickey and Minnie are running away to Disney’s Hollywood Studios.

At D23 Expo Japan it was revealed that the Rock ‘n’ Roller Coaster Starring Aerosmith at Disneyland Paris is to be revamped and transformed into a Marvel’s Avengers-themed ride. According to Disney Parks Blog, it will become “a high-speed, hyper-kinetic adventure, in which guests will team up with Iron Man and their favourite Avengers”.

The park will also host the Marvel Summer of Super Heroes event from 10 June 2018. Marvel characters such as Thor, Captain America, Star Lord and Black Widow will be featured at Walt Disney Studios Park for meet and greets and live shows.

Disneyland Paris is also re-imagining one of its resort hotels into Disney’s Hotel New York – The Art of Marvel. The hotel will showcase the worlds of Iron Man, The Avengers and Spider Man among others, and will open in 2020. The below photo shows what one of the hotel rooms will look like. 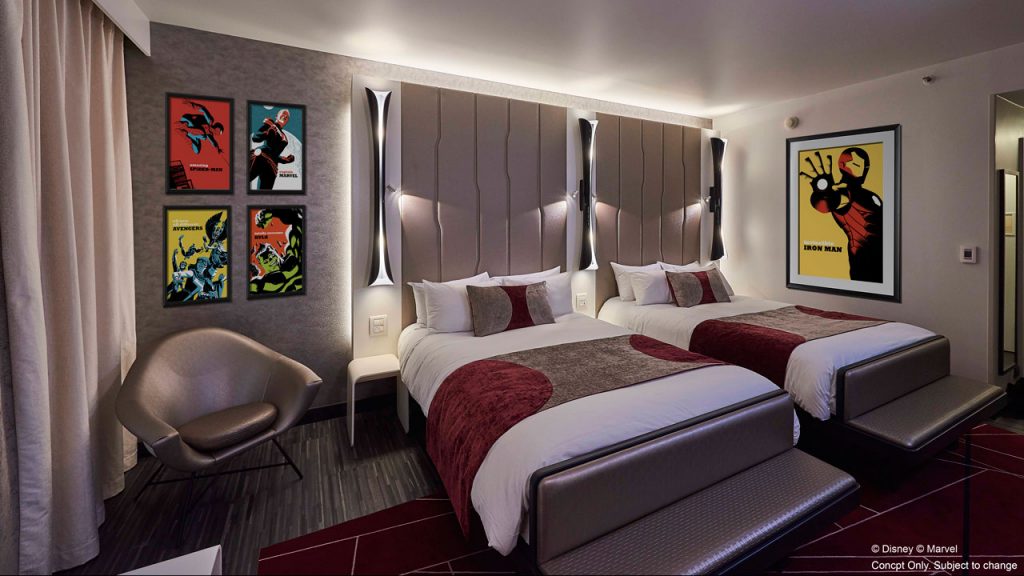 Mickey and Minnie’s Runaway Railway will open in 2019 and will be a “two and a half-D experience”, with no glasses required.

The ride starts with a new cartoon short featuring Mickey and Minnie getting ready for a picnic. As they head out, they drive alongside a train and find out that the engineer is Goofy. Then, the audience is brought into the movie and onto Goofy’s train for a wild ride.

The attraction is being developed in association with Disney Television Animation and will feature a new theme song. Disney also released concept art for the ride which can be viewed below. 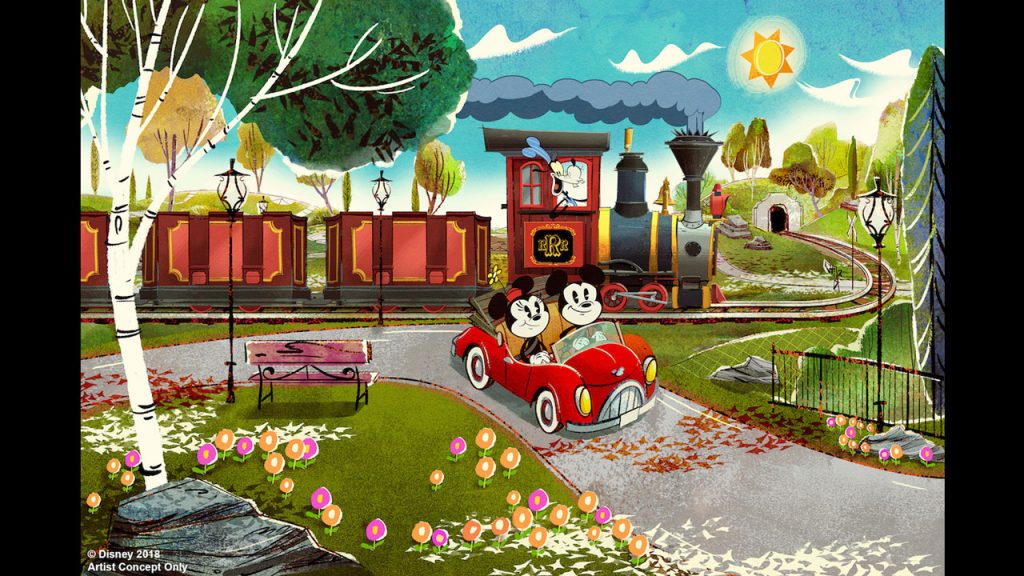 Chapek also revealed more details about other new attractions coming to Disney parks, including a Guardian’s of the Galaxy roller coaster at Epcot, new Pixar experiences and an immersive hotel at the Star Wars – Galaxy’s Edge area in Disney’s Hollywood Studios.