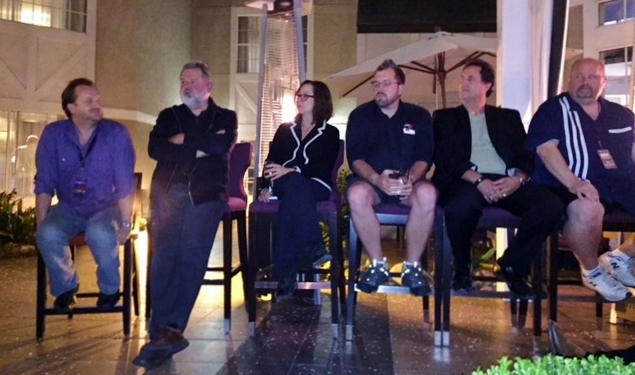 MediaMation, Inc. VP/CTO Dan Jamele was among the six panelists participating in the Themed Entertainment Association (TEA) February event, “Behind The Scenes at The Marvel Experience, ” in Del Mar, outside San Diego, CA.

The Marvel Experience previewed in Phoenix, AZ in December 2014 with its “official” opening January 2015 in Dallas, TX. Featuring “The Hulk, ” “She-Hulk, ” “Iron Man, ” “Thor, ” “Captain America” and other superhero characters created by Marvel Comics, now owned by Disney, it moves from city to city in major U.S. markets. Designed with a portable dome complex over two acres in size, the attraction highlights the aforementioned MX4D™ motion simulator theatre and EFX by MediaMation, as well as interactive “hyper reality” experiences, 360º 3D projected animation, motion comics, virtual-reality and holographic simulations from other entities.

Observed Jamele regarding MMI’s technical MX4D™ contributions to The Marvel Experience; “Obviously, MediaMation was thrilled to be part of a themed attraction featuring beloved Marvel characters that are so popular with kids around the world.  While creating the largest mobile 4D Motion EFX attraction in the world was highly challenging, we are pleased that our MX4D™ Motion EFX seats were regarded so highly by the attraction producers that our technology became a critical part of the final immersive attraction in The Marvel Experience.”