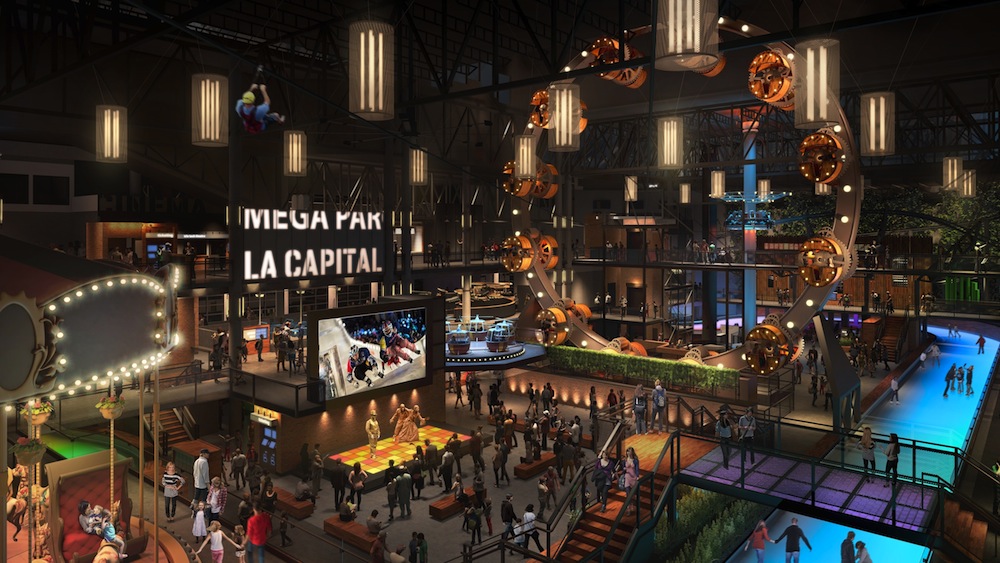 Quebec City’s Les Galeries de la Capitale is to construct a new-look Méga Parc at a cost of $52 million. In doing so, the shopping mall will introduce a Steampunk theme to an indoor amusement park known and loved by families for more than 30 years.

The fully revamped entertainment zone inspired by Jules Verne’s interpretation of the Industrial Revolution will feature around 20 rides and attractions. Most of Méga Parc’s existing rides will be replaced. Those that are kept, including the rollercoaster and merry-go-round, will get a facelift. Steam-powered machines, factory facades and steel will be omnipresent in this retro-futuristic industrial environment.

“After taking trips to check out amusement parks around the world, we found some attractions for the new Méga Parc that are anything but ordinary!” claims Méga Parc manager Jean Pelletier. “In addition to boasting the first spokeless Ferris wheel in North America and a freefall ride twice as high as before, Méga Parc will proudly offer the longest indoor skating trail in Canada. The ice skating oval, complete with LED lights and effects, will fit perfectly with the new Méga Parc concept and will maximise space.”

Also promised are an interactive floor, light and sound effects and a giant screen. In the middle of the park, there will be a stage for shows and an interactive fountain. There will be three new birthday party rooms. In addition, the recreational space can be rented out for corporate events.

As well as its many shops, Les Galeries de la Capitale also offers multiple restaurants and the area’s only IMAX cinema. Oxford Properties Group, which owns the mall together with the Canada Pension Plan Investment Board, says the theme park will be fully energy efficient.

Construction at Méga Parc is slated to begin on September 5 and last around 18 months. During that time, shoppers will have access to a line-up of temporary entertainment options.

Games of Thrones: The Exhibition takes the Seven Kingdoms around the world