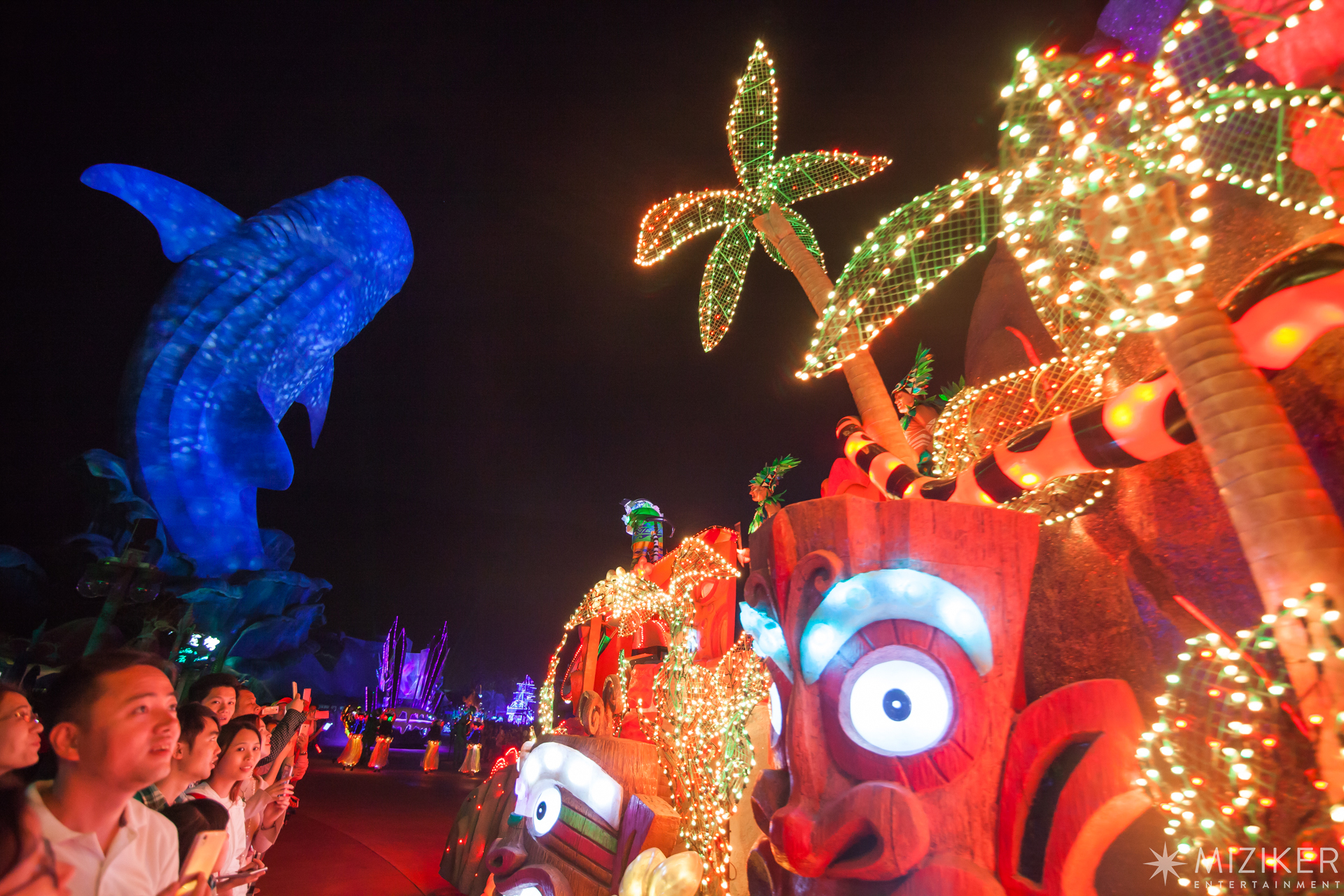 Miziker Entertainment has created, developed, and provided show direction and supervision for Journey of Lights, an all new nighttime parade spectacular at Chimelong Hengqin Ocean Kingdom.

The 40-minute show is dazzling and delighting guests with more than half a million lights.

Journey of Lights, which opened on October 1, 2016, is aiming to raise the bar with new standards of showmanship, lighting effects, technical integration and guest engagement.

“We believe it will be a favourite attraction at the park for years to come, ” said Ryan Miziker, CEO and Creative Director of Miziker Entertainment, a world leader in the design and production of shows and parades, media-based attractions, and memorable guest experiences. 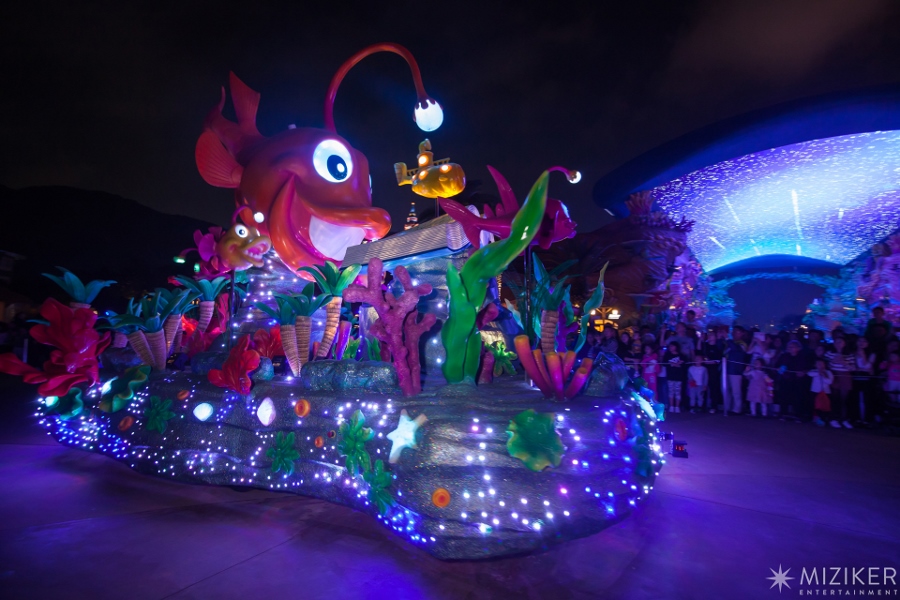 “Miziker Entertainment did a great job on Journey of Lights, ” said Chris Ho, General Manager of International Business Department at Chimelong Group. “Ocean Kingdom guests have a brilliant new experience to help conclude a great day at the park. I am glad to see that our guests have so much fun and connect with our characters in an emotion way during the parade. Journey of Lights is something they can look forward to on every visit.”

Journey of Lights represents both a creative and a business milestone for Miziker as the company, established in 1985, rounds out its first year under the leadership of CEO and Creative Director Ryan Miziker, with President and producer Charlotte Huggins.

Company founder and creative consultant, Ron Miziker, served as the original project director for the Main Street Electrical Parade at Disneyland and Disney World, and has continued to produce parades around the world for Disney, Lotte World and more. In 2016, the company has delivered two major projects: Journey of Lights for Ocean Kingdom, and Chimelong Scare-adise for Chimelong Paradise in Guangzhou. The company’s next major project, a lively character-driven daytime parade, is currently underway. 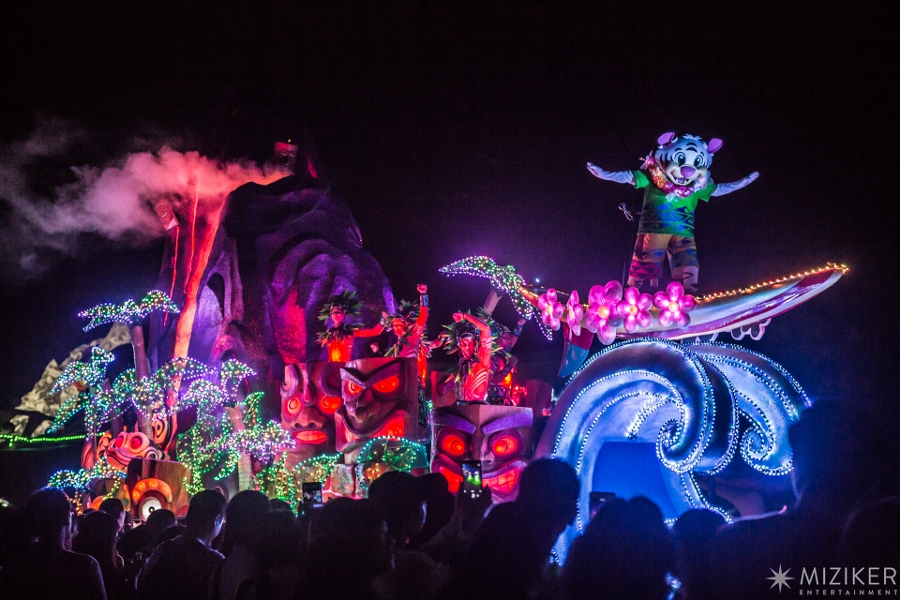 As the theme park industry expands rapidly in Asia, Chimelong Group, headed by Chairman Su Zhigang, has emerged as a leader. Chimelong Ocean Kingdom, located on Hengqin Island in Zhuhai, China, is the fifth Chimelong theme park and in 2015 was honoured by the Themed Entertainment Association with a Thea Award for Outstanding Achievement. Ocean Kingdom has also garnered numerous world records and continues to expand and innovate.

Journey of Lights is a story-based show that reimagines the characters and environments at Ocean Kingdom in exciting new ways.  Chimelong’s mascot characters Kiki, Kaka, Bobby and Ocean Genie are prominently featured in their own units of the parade. Guests are drawn into a universe of light, colour and music, as more than half a million individual lights become part of the story, with illuminated costumed performers and kinetic figures, all synchronized to music and special effects, making up the 40-minute show that travels around the park’s central lagoon.

Then, in what is truly a world’s first, each and every one of the parades individually-programmed lights is synchronized in a never-before-seen “Parade-Wide Event” with all the coloured lights twinkling and changing to brilliant white.  There are trapeze artists, dancers, acrobats, jugglers on stilts mermaids and singing pirates onboard a dazzling pirate ship. Thanks to a custom smartphone app, the parade is also an interactive experience for guests. 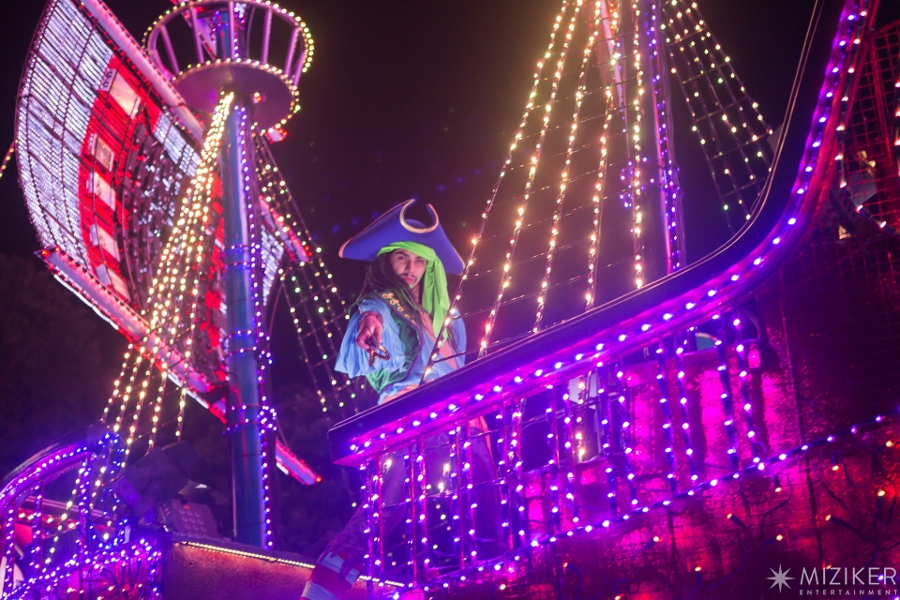 Significant technical and creative achievements were achieved by the Miziker team in developing Journey of Lights. “We were able to do things to create a world of magical effects, seamlessly coordinated in ways that we could only dream of before, ” said Huggins, a veteran of the themed entertainment and film industries with many world-class projects to her name. 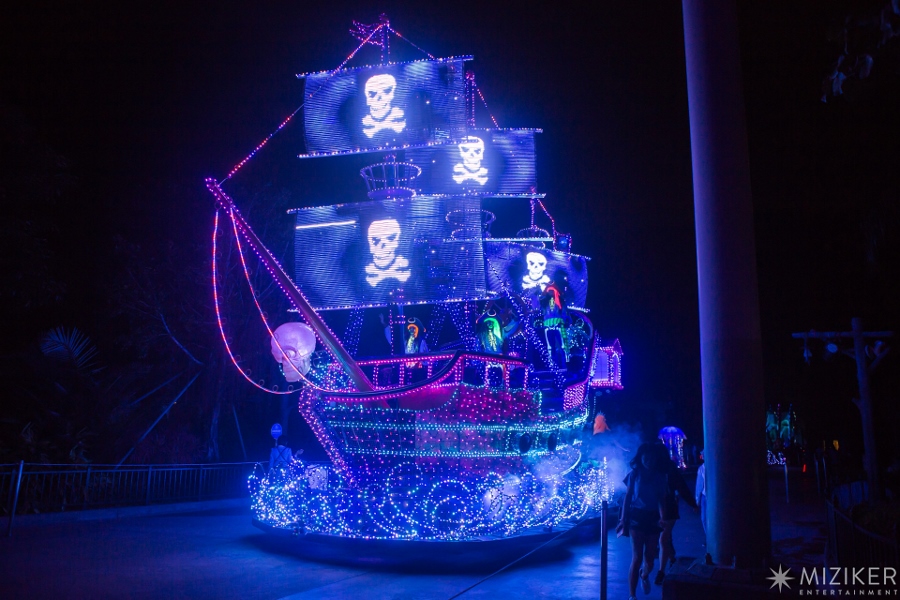 Working closely with the internal team at Chimelong, the Miziker team delivered the project in about 18 months from concept to completion: a compressed timeline, especially for a project of this complexity. 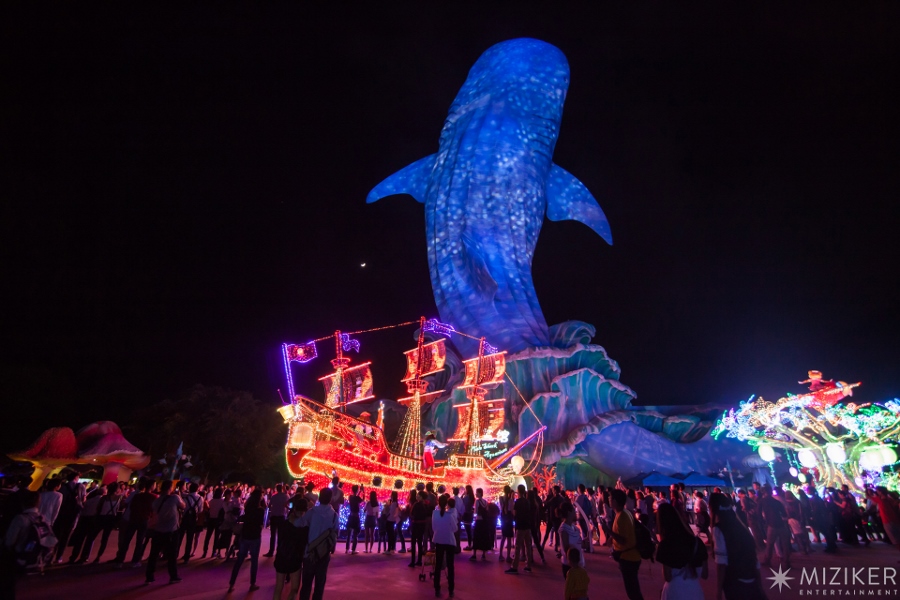 Chimelong set up a project team responsible for Journey of Lights to oversee and manage the project. The team was headed by Chris Ho, with Charlotte He and Bella Lai from the International Business Department, and by Paul Yuen with Raymond Lin and Michael Lee from Ocean Kingdom operations.

“At Miziker Entertainment, this is what we do best: technologically complex shows with creative vision, ” said Ryan Miziker. “Parades are one of our specialties. Chimelong allowed us to push the envelope on this project. We are proud of that and happy to have them as a client. We have new tools in our toolkit and a team that is experienced and amazingly talented. We can’t wait to get started on our next challenge together.”