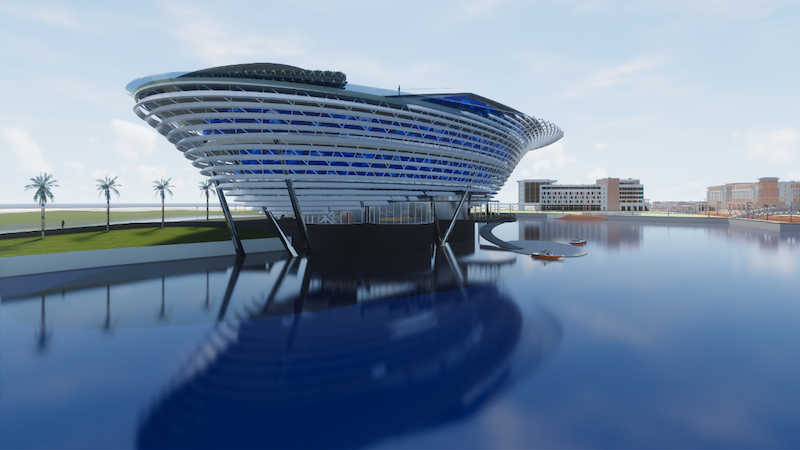 Mote SEA will be an 110,000-square-foot hub of marine science education and outreach located in Nathan Benderson Park, in Sarasota, Florida.

Willis A. Smith Construction and The Whiting-Turner Contracting Company will work with architect CambridgeSeven to build the attraction.

It will feature more than one million gallons of exhibits with marine life and scientific displays from around the world, and will have three state-of-the-art STEM (science, technology, engineering and math) teaching labs

Mote is pleased to announce the selection of a partnership between a local construction management company & an international firm for the construction of Mote Science Education Aquarium (Mote SEA): Willis A. Smith Construction, Inc., and The Whiting-Turner Contracting Company!? pic.twitter.com/JNVMw9tk0A

“This is a significant step in our journey to create Mote SEA and realise its economic and societal benefits for the southwest Florida region and the State of Florida,” said Mote President and CEO Dr Michael P Crosby.

“Our Trustees, staff, supporters, and communities should be proud of all they’ve done to help us reach this point and excited that we will now be able to focus increasingly on the concrete details of creating this important and lasting cultural asset.”

“The new Mote Science Education Aquarium will become a landmark destination, not only for our local region, but also for the State of Florida, and it will be recognised worldwide once completed,” said John LaCivita, Executive Vice President of Willis Smith.

River Otter: “Hold on let me take a break from torpedoing through the water to remind you that Mote’s Ocean Fest in Key West is THIS WEEK!” ? Join us Saturday, April 13 at Truman Waterfront Park in Key West! Dive into all of the fun with 70+ vendors, live animals, touch tanks and more! Mote.org/oceanfest . ?: @flfisherman12 #motemarinelab #oceanfest #keywest #conservation #sustainability #joinus #riverotter #lovefl

“During the construction phase, this project will be an economic driver to all of Southwest Florida, and it will have tremendous, annual economic impact to both counties, once open. Our team is ready to get started!”

The project will cost an estimated $130 million. $34 million has been raised through philanthropic donations.

Mote SEA is projected to double the attendance of the current Mote Aquarium, and expected to bring in an estimated $28 million a year from operations.