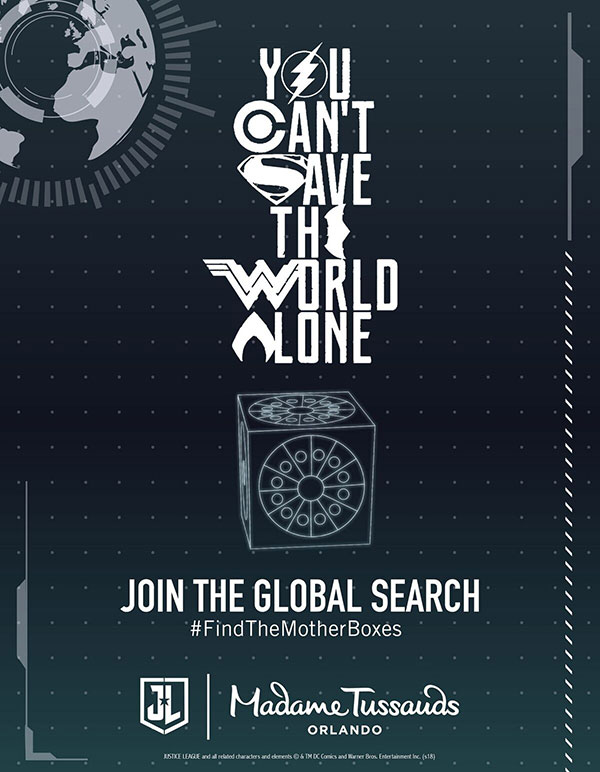 A PR stunt by Madame Tussauds Orlando has seen  fans searching for Mother Boxes in a bid to win VIP entry to its new Justice league: A Call for Heroes attraction.

Justice league: A Call for Heroes is slated to open Riddles on May 25th 2018.

The global scavenger hunt challenged Justice League fans to find the Mother Boxes which had mysteriously ‘surfaced’ in five cities across the globe.

Clues in the form of riddles were posted on the attraction’s Instagram account.  The clue to the whereabouts of the final Mother Box, located somewhere in Orlando, was issued on Saturday, and all five have now been found. 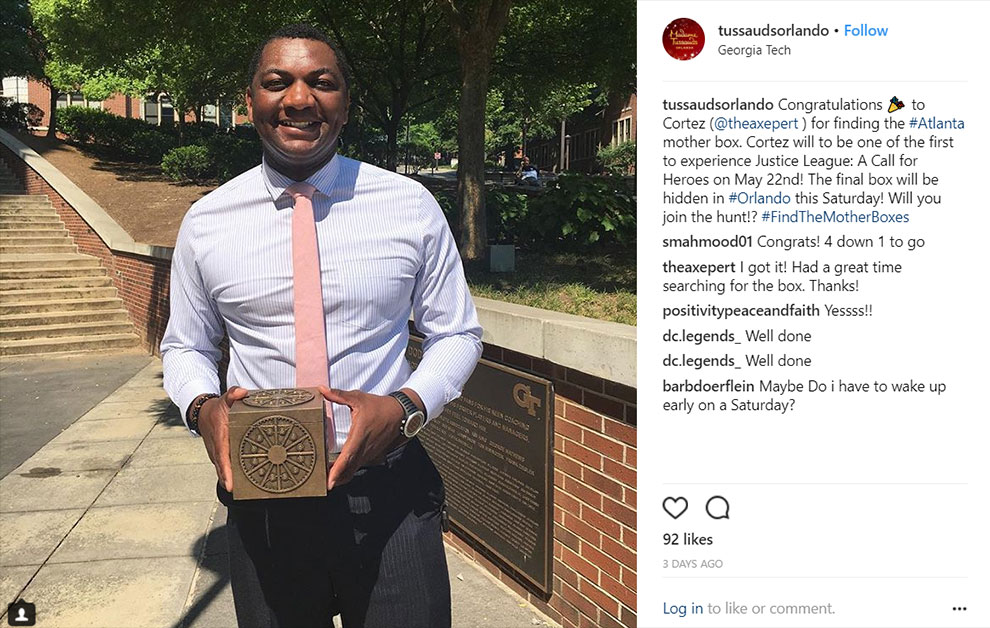 The prize is a VIP experience including a five-day trip to Orlando, along with two tickets to Justice League: A Call for Heroes. Winners will also receive two tickets to MegaCon Orlando and SEA LIFE Orlando Aquarium. 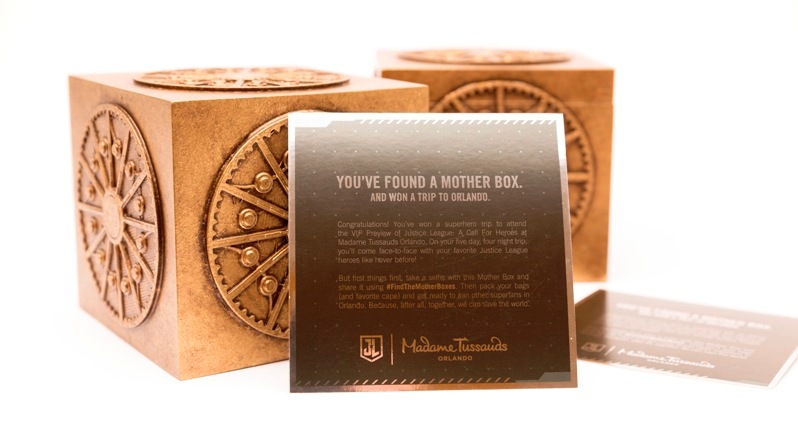 The new attraction sees an all-star cast of DC Super Heroes united in an epic new experience. Guests will get the chance to star alongside Justice League’s Gal Gadot as Wonder Woman, Henry Cavill as Superman and Ben Affleck as Batman, as they fight to save the world from Lex Luthor’s evil corporation, LexCorp.

Billed as a first-of-its-kind attraction, Justice League: A Call for Heroes promises ‘blockbuster thrills, authentic replica props and costumes that bring each character to life like only Madame Tussauds can do’.

Not just about a selfie

“Fans have never come this close to the action,” comments James Paulding, General Manager at Madame Tussauds Orlando.  The attraction promises that the experience will be more interactive than a simple instagrammable selfie.

“Madame Tussauds Orlando, together with Warner Bros. Consumer Products, have created a Justice League experience you have to see to believe – from the unbeatable roster of DC Super Heroes to the sensational, hi-tech experiences.”

Guests will find themselves transported to the streets of Gotham City and Metropolis where they will join the Justice League Super Heroes in a series of exciting missions to overthrow Lexcorp.

Missions include joining forces with Wonder Woman to destroy LexCorp’s technology and teaming up with Superman to help lift a helicopter back into the sky. Guests will also get the chance to summon Batman with the iconic Bat-Signal. 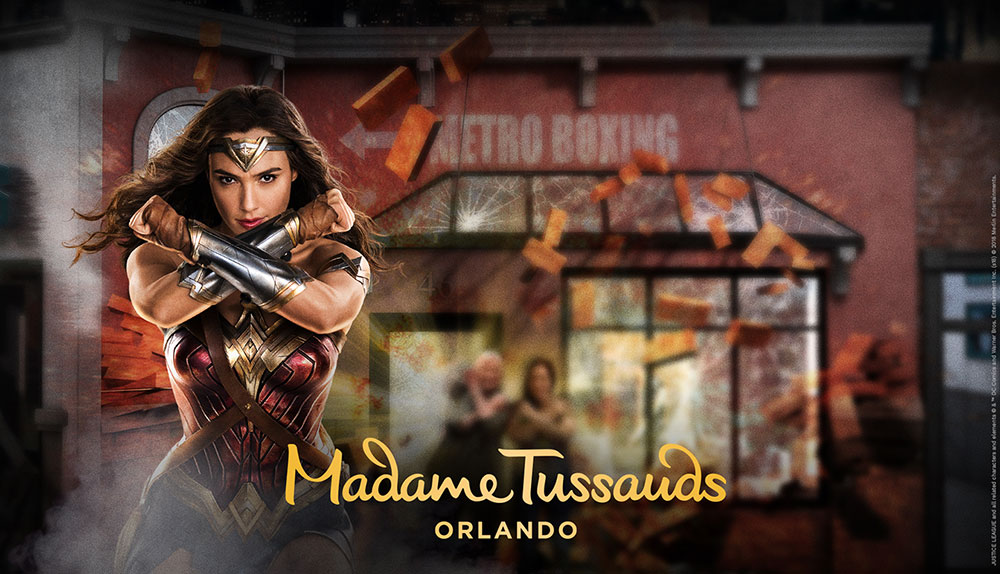 Justice League: A Call for Heroes is also scheduled to debut later this summer at Madame Tussauds Sydney. The announcement signals a new move by the brand to create more live fame experiences that put guests at the heart of the story.