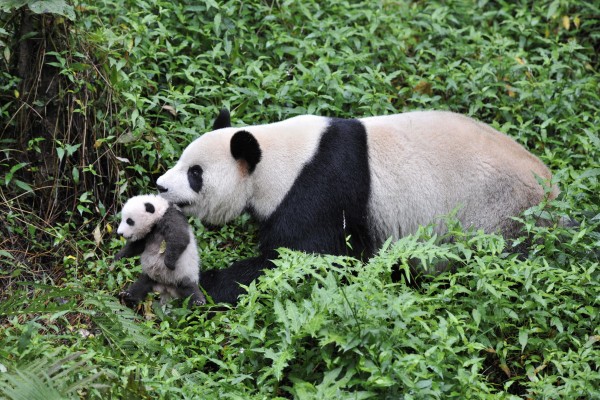 National Geographic Cinema Ventures (NGCV), producers and distributers of award winning giant-screen, 3D and specialty films, is to release ‘Giant Pandas 3D’ to the worldwide network of 2D and 3D large-format and digital cinemas in museums, zoos and aquariums on Valentine’s Day, Feb. 14, 2014.

This ground-breaking natural-history film captures for the first time in 3D the highly endangered giant pandas living in Wolong National Nature Reserve in the People’s Republic of China.

The Chinese Wildlife Conservation Association and the China Conservation and Research Centre for the Giant Panda have allowed the filmmakers of ‘Giant Pandas 3D’ unparalleled access to Wolong National Nature Reserve and their extraordinary work to save the panda in the wild.

Directed by Nicolas Brown and produced by Caroline Hawkins, the 40-minute film shows the birth, nursery care and teaching of panda cubs.

Wolong National Nature Reserve has, after decades of captive breeding, hit its target number of 300 giant pandas.  The challenge going forward is to reintroduce breeding populations of pandas back into the wild.  Oxford Scientific Films was granted permission to film the rare release of a panda bred in captivity and to follow a group of wild pandas in their mountain habitat.

Lisa Truitt, president of NGCV, said, “‘Giant Pandas’ will show audiences the strides that have been made toward saving the panda in the wild, but much work has yet to be done. This is an important story, and we are proud to be bringing it to the giant screen. Filled with heartbreak, hope and lots of humor, ‘Giant Pandas’ will make the world fall in love anew with the iconic, beloved, charismatic panda.” 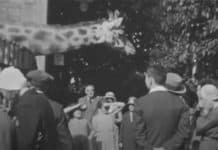 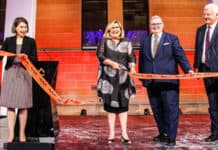