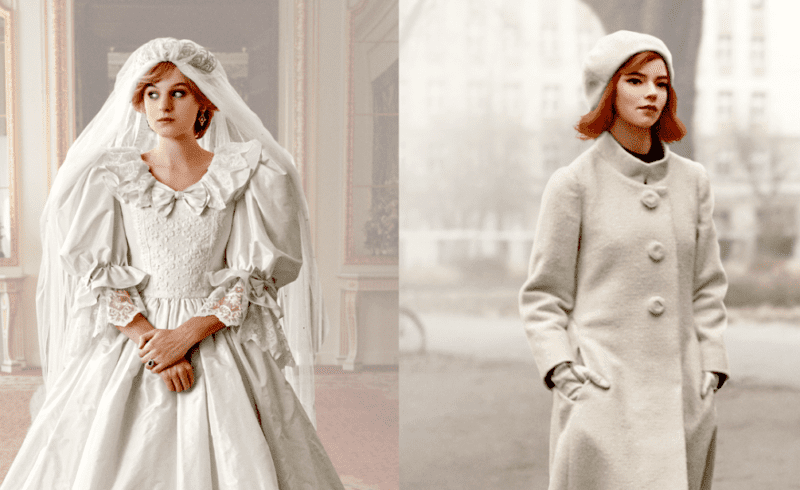 Netflix has joined forces with the Brooklyn Museum for the launch of The Queen and The Crown, a virtual costume exhibition running through December 13.

The virtual exhibition is in conjunction with the premiere of Netflix’s original limited series The Queen’s Gambit and the upcoming fourth season of The Crown.

The Brooklyn Museum is offering digitally rendered and interactive 360-degree views of costumes from The Queen’s Gambit and The Crown.

The exhibition is also displaying related objects from the museum’s collection, all set within a rendering of the museum’s Beaux-Arts Court.

Costumes for The Queen’s Gambit were designed by Gabriele Binder, while outfits for The Crown were from costume designer Amy Roberts.

Works from the museum collection were chosen by senior curator Matthew Yokobosky, and highlights include an example of an ancient Egyptian board game, Arthur Tress‘s ‘Boys on Checker Floor, Far Rockaway, NY’, and Hew Locke‘s ‘Koh-i-noor’.

The Queen and The Crown follows previous exhibitions connecting fashion design and museum objects, including Killer Heels: The Art of the High-Heeled Shoe (2014), David Bowie is (2018), and Pierre Cardin: Future Fashion (2019).

Check out our first-ever virtual fashion exhibit, featuring interactive 360-degree views of costumes from @netflix’s "The Queen’s Gambit" and "The Crown", along with related objects from our collection—on view at https://t.co/8ALIlYK097 through December 13. #TheQueenandTheCrown⁠ pic.twitter.com/pgj06RLHZl

The discussion will take visitors behind the scenes to explore insights into the wardrobe creations for The Crown and The Queen’s Gambit.

“The Brooklyn Museum has a long history of doing fashion exhibitions since the 1930s and I was very excited about the idea of doing an exhibition virtually in our COVID time right now,” said Yokobosky (via Forbes)

The Queen and The Crown is created by Netflix in collaboration with the Brooklyn Museum. The virtual exhibit can be found here and runs through December 13.

Universal theme parks could break even in 2021, says Comcast

Disney World laying off over 11,000 employees in Florida