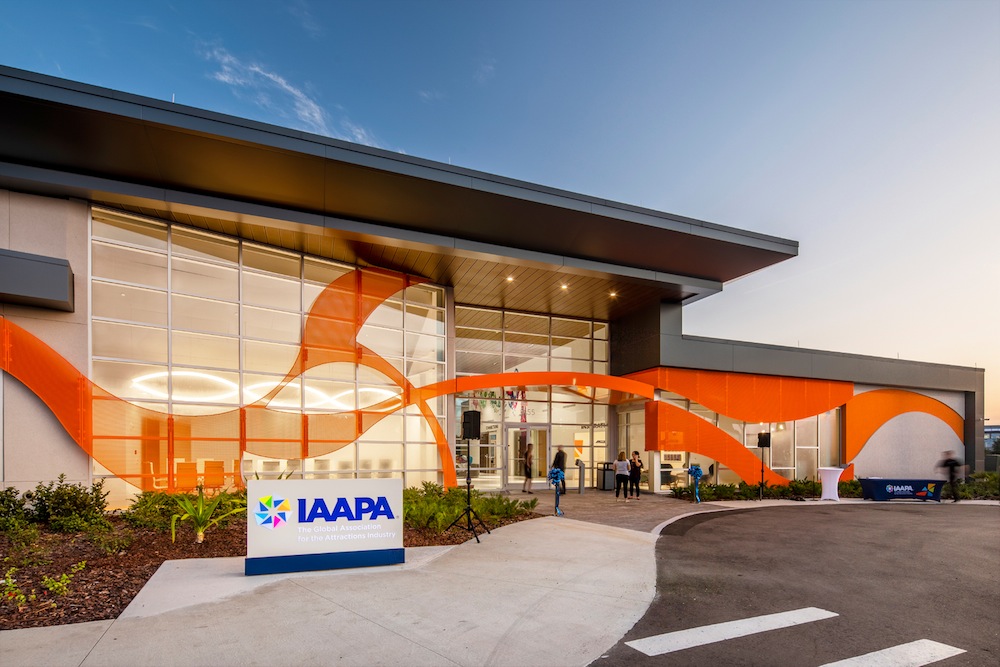 Following the launch of the association’s new identity, IAAPA has finally opened its new global headquarters in Florida. The 22,000 square feet (2,040 sqm) base in Orlando places the association at the epicentre of the international attractions industry that it represents.

“We are thrilled to begin this next chapter of IAAPA’s history with the completion of this beautiful new building,” said the association’s current chairman, David Rosenberg of Monterey Bay Aquarium, at an opening ceremony on September 27. “The headquarters will serve as the place for industry professionals to come together, to work, and to collaborate. It is also perfectly positioned to support the association’s global operations.” 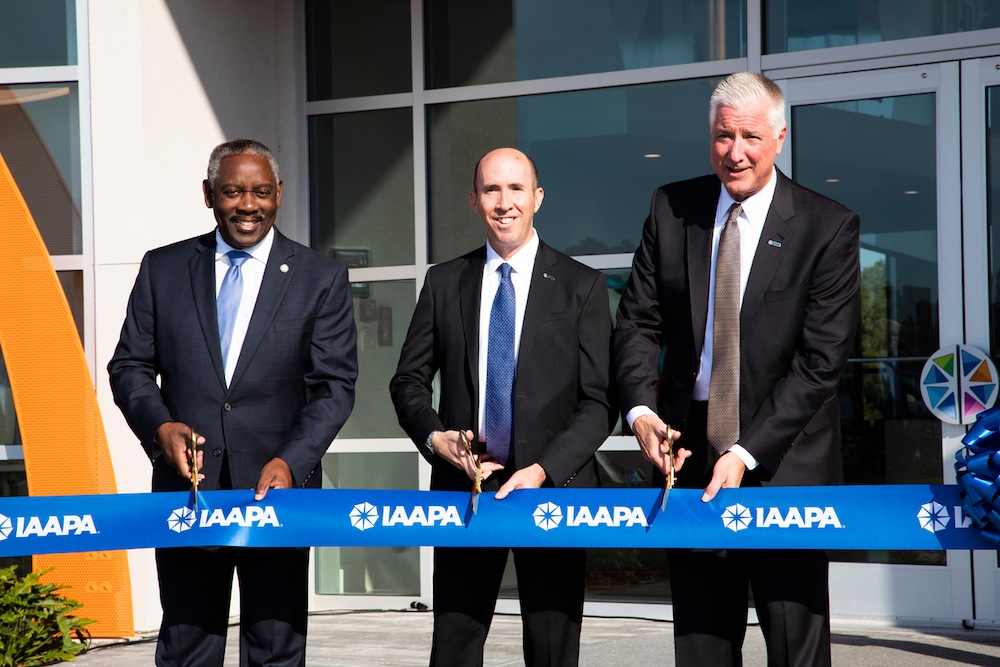 The custom-built headquarters has been constructed on a seven acre (2.8 hectare) site close to the headwaters of the Florida Everglades. The building’s exterior features a wave pattern, designed to represent the dynamic nature of the attractions business. Inside, dramatic artistic elements include varying ceiling heights, a colourful mural and industry icons including a carousel horse.

Close to 50 of IAAPA’s worldwide team of 73 full time staff will work out of the new base, which will also serve as the North America regional office for the association. IAAPA members are invited to use the building’s meeting rooms, event space and workstations. A spacious patio features an outdoor kitchen and seating overlooking the natural landscape. 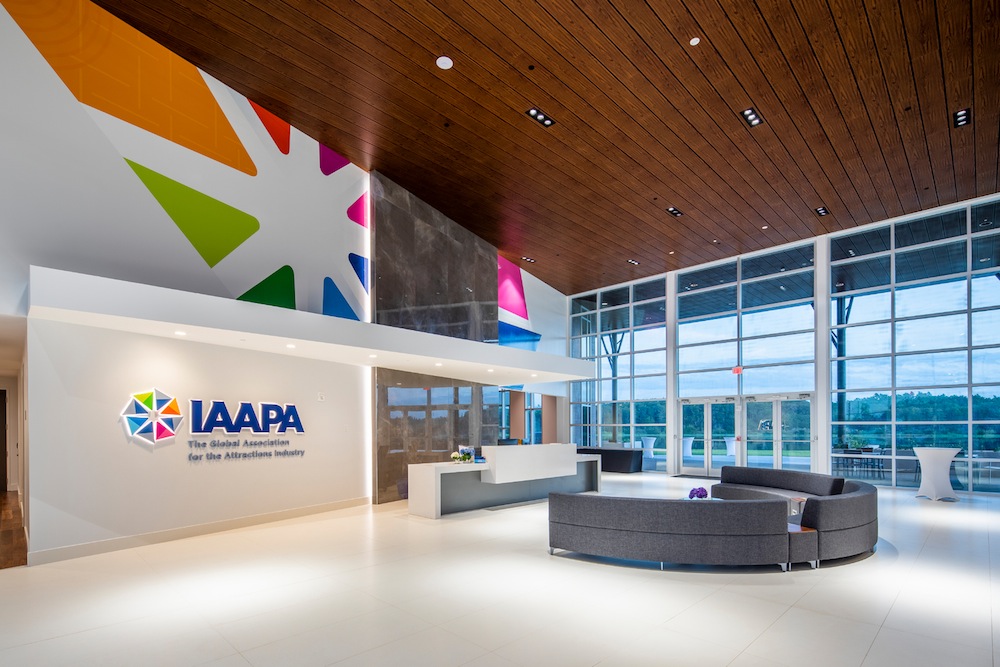 A global base for an international membership

“We are incredibly proud to officially call Orlando home and welcome members from all over the world,” says IAAPA president and CEO, Hal McEvoy. “This building is the result of three years of hard work with our members and many community partners and organisations.” 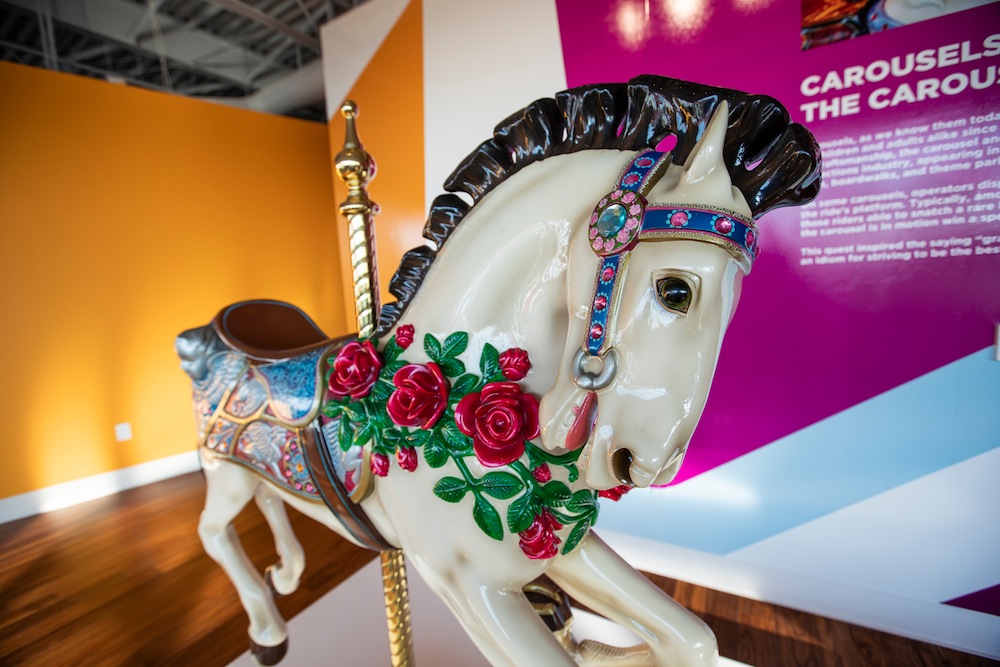 IAAPA also has offices in Brussels, Belgium; Hong Kong and Shanghai, China; Mexico City, Mexico; and Alexandria, Virginia, US. The latter, close to Washington DC, was the association’s previous headquarters.

In Orlando, it is best known for the annual IAAPA Expo trade show and conference. This year’s event – from November 18 to 22 – is expected to attract around 38,000 attractions industry professionals to the Orange County Convention Center.

The association recently concluded a successful IAAPA Expo Europe event in Paris, and has also just announced the appointment of Ripley Entertainment’s Jim Pattison to second vice chair, and the election of new board members for 2020.