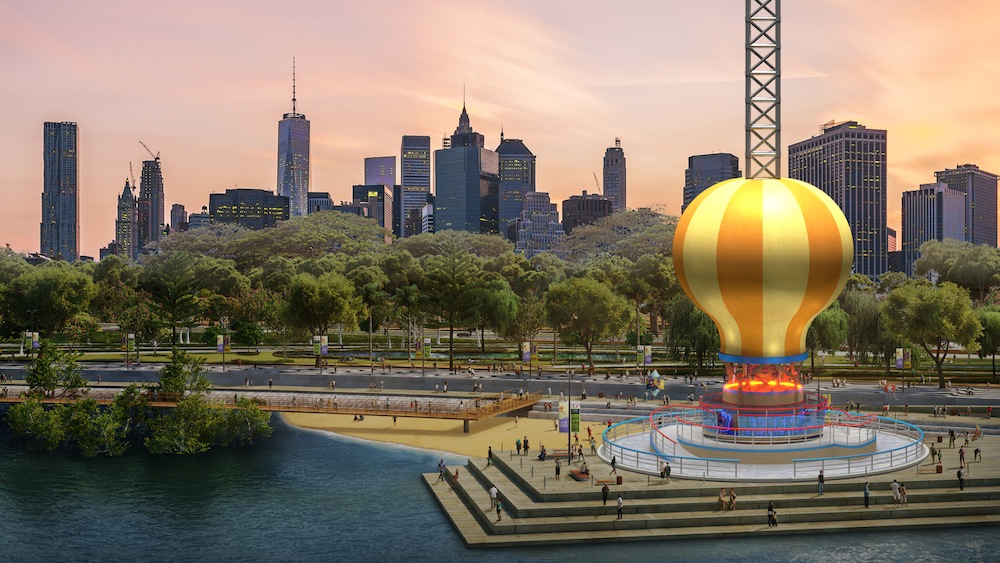 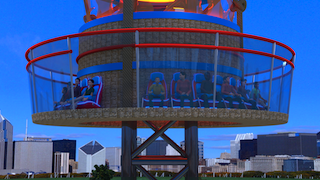 The Balloon Tower can be be supplied in a variety of heights including 50 and 70 metres (165/230ft). It features a circular gondola intended as a viewing platform, with a decorative balloon feature above.

Lighting effects inside the balloon simulate flames as the gondola rotates and moves slowly up and down the tower. The attraction could operate either as a standalone observation experience or an amusement park ride.

The first unit has yet to be sold, but Interlink’s commercial director John Davies says he has already had some positive discussions with potential clients. 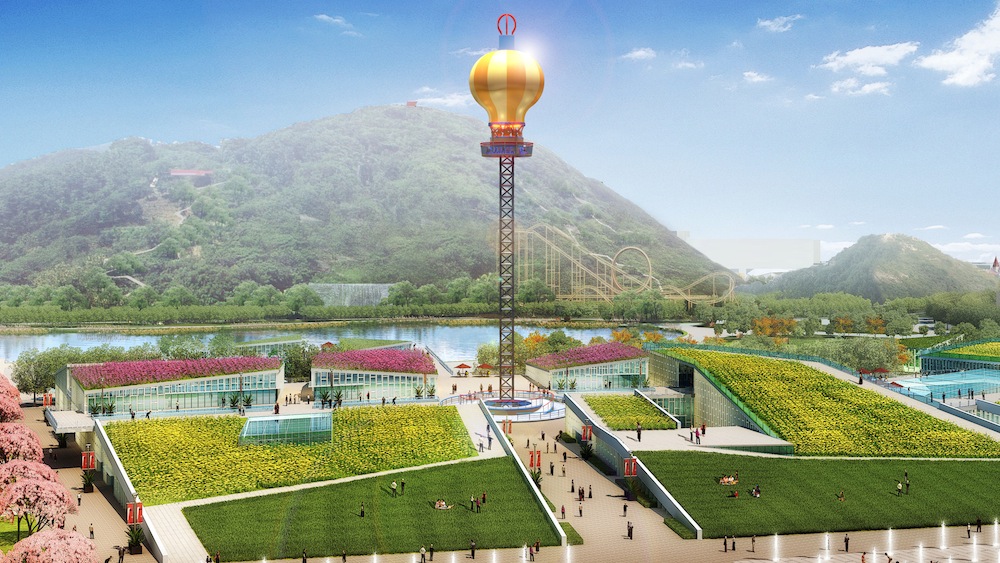 Several exciting new rides from the manufacturer are set to open soon. These include the world’s first Immersive Super Flume in Indonesia. Developed in partnership with Simworx, the ride at Trans Studio in Cibuber, outside Jakarta, takes the splash ride into a new dimension. In addition to a 12-metre vertical lift and drop, it features an enclosed section with a motion base and screens, where projected media content and special effects immerse passengers in a dinosaur adventure. 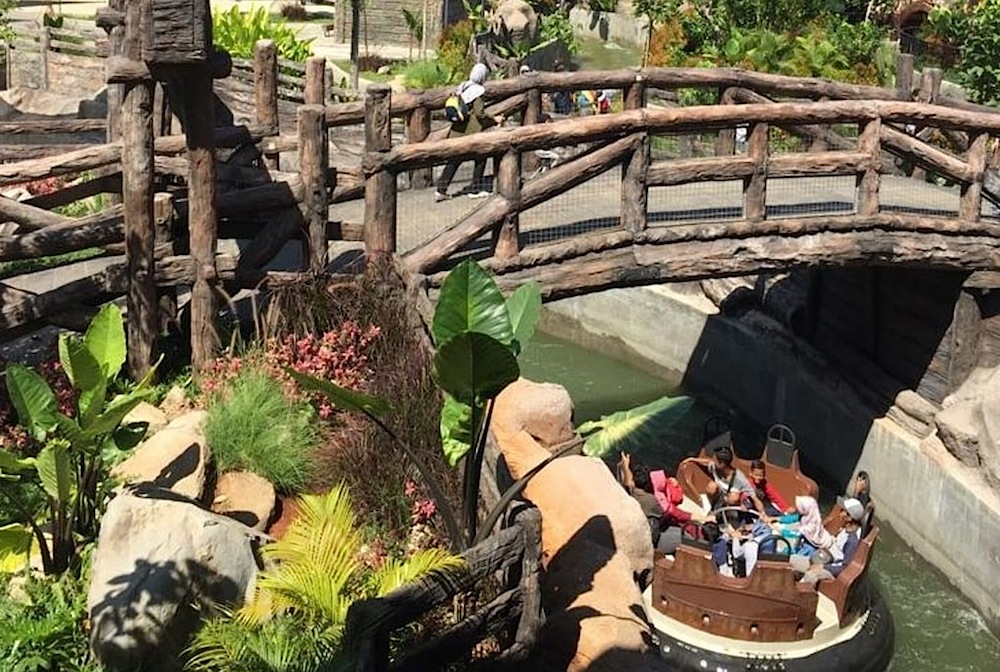 Elsewhere in Indonesia, both a Rapid River (above) and a Spin Boat (below) ride from Interlink have opened at Saloka Park in the Java province city of Saltatiga – as pictured above. In addition, the manufacturer has rides on order for projects in, amongst other places, Qatar and Idaho. 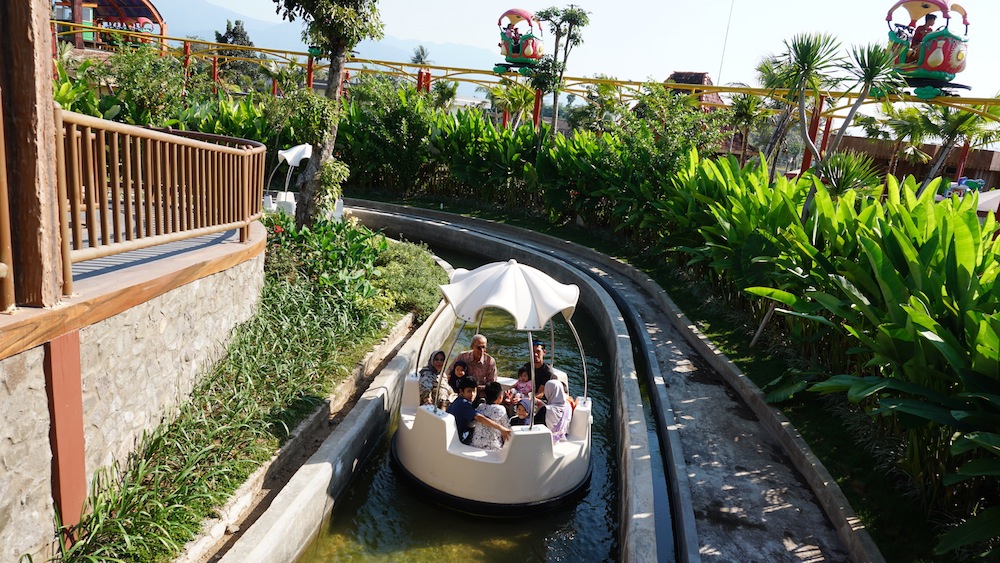 Interlink presented a fresh look when it exhibited for the first time with its new logo at IAAPA Expo Europe in Paris. The simple, blue on white branding of the logo is continued on the company’s recently relaunched website. Here visitors will find details of the firm’s water rides, monorails and other leisure transport systems.

There is also an extensive selection of used rides for sale from a variety of other manufacturers. 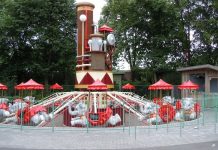