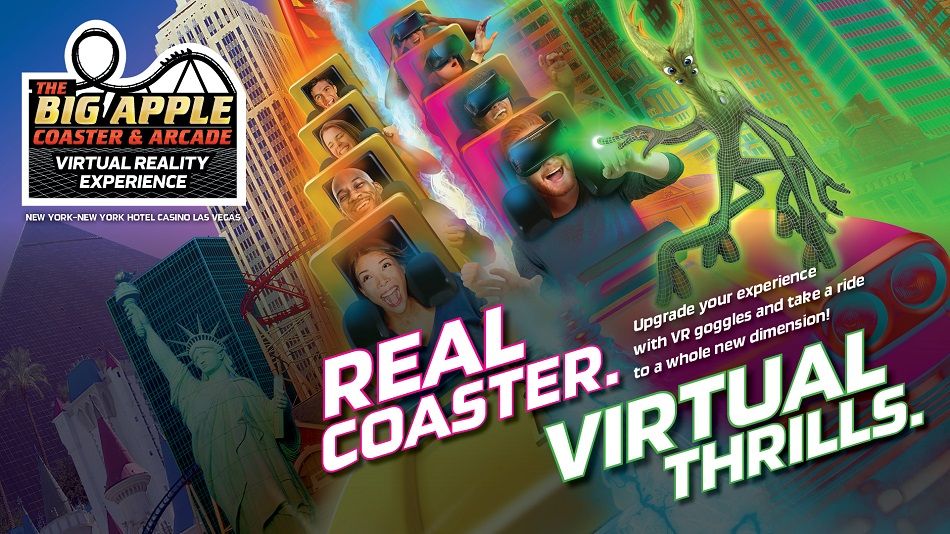 A virtual reality experience is being added to The Big Apple Coaster at New York-New York Hotel & Casino in Las Vegas.

Billed as the first VR coaster in Las Vegas, The Big Apple Coaster will equip riders with virtual reality headsets and put them in the role of a scientist in pursuit of an alien that has escaped a research facility. The chase will take place across the Nevada desert and up the Las Vegas Strip, including all the popular landmarks.

The new experience was designed by VR Coaster, which has previously worked on the Superman virtual reality coaster for Six Flags and the world’s first drop tower VR experience in Lotteworld, Seoul. 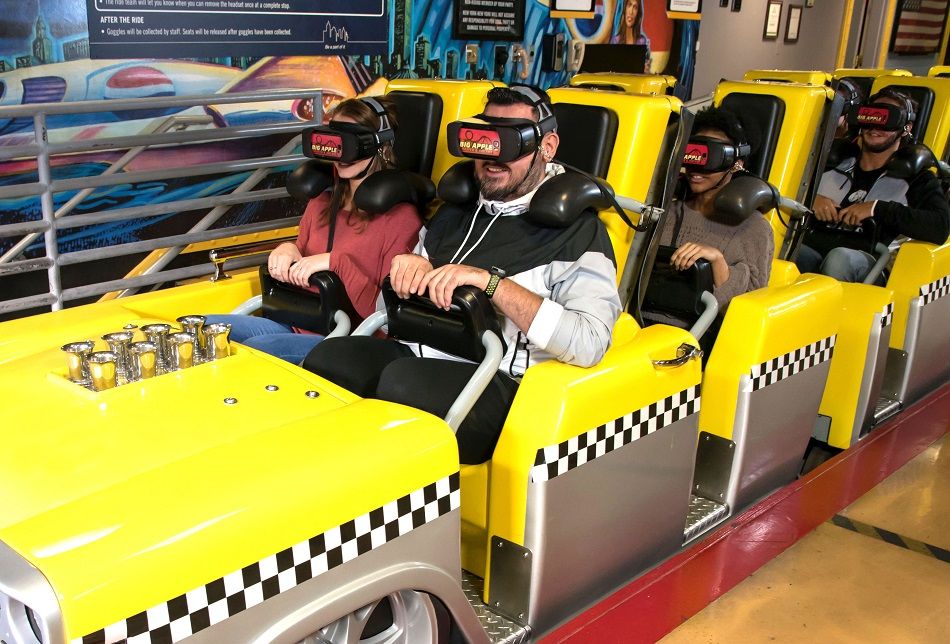 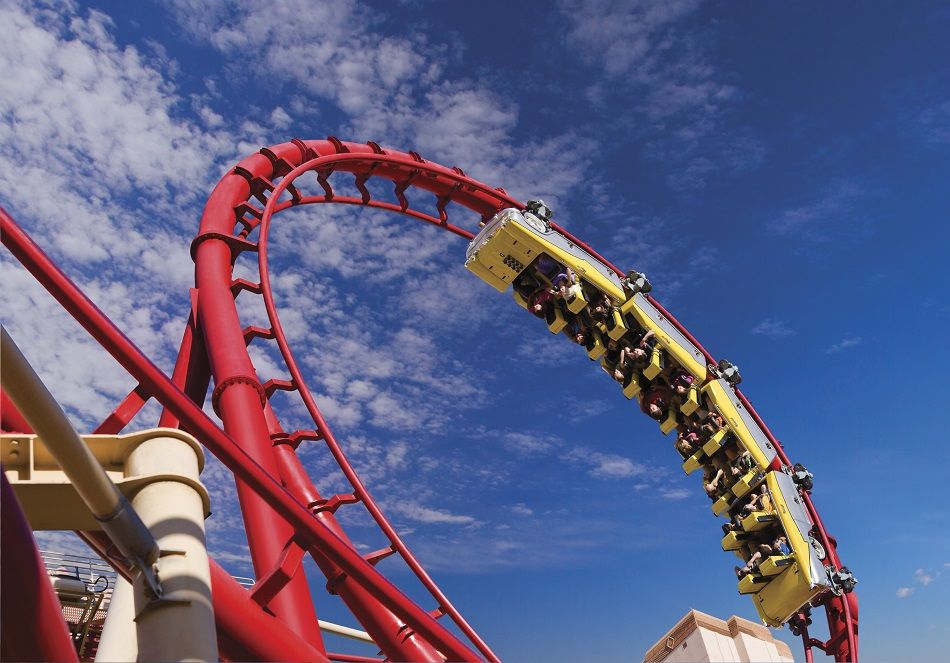 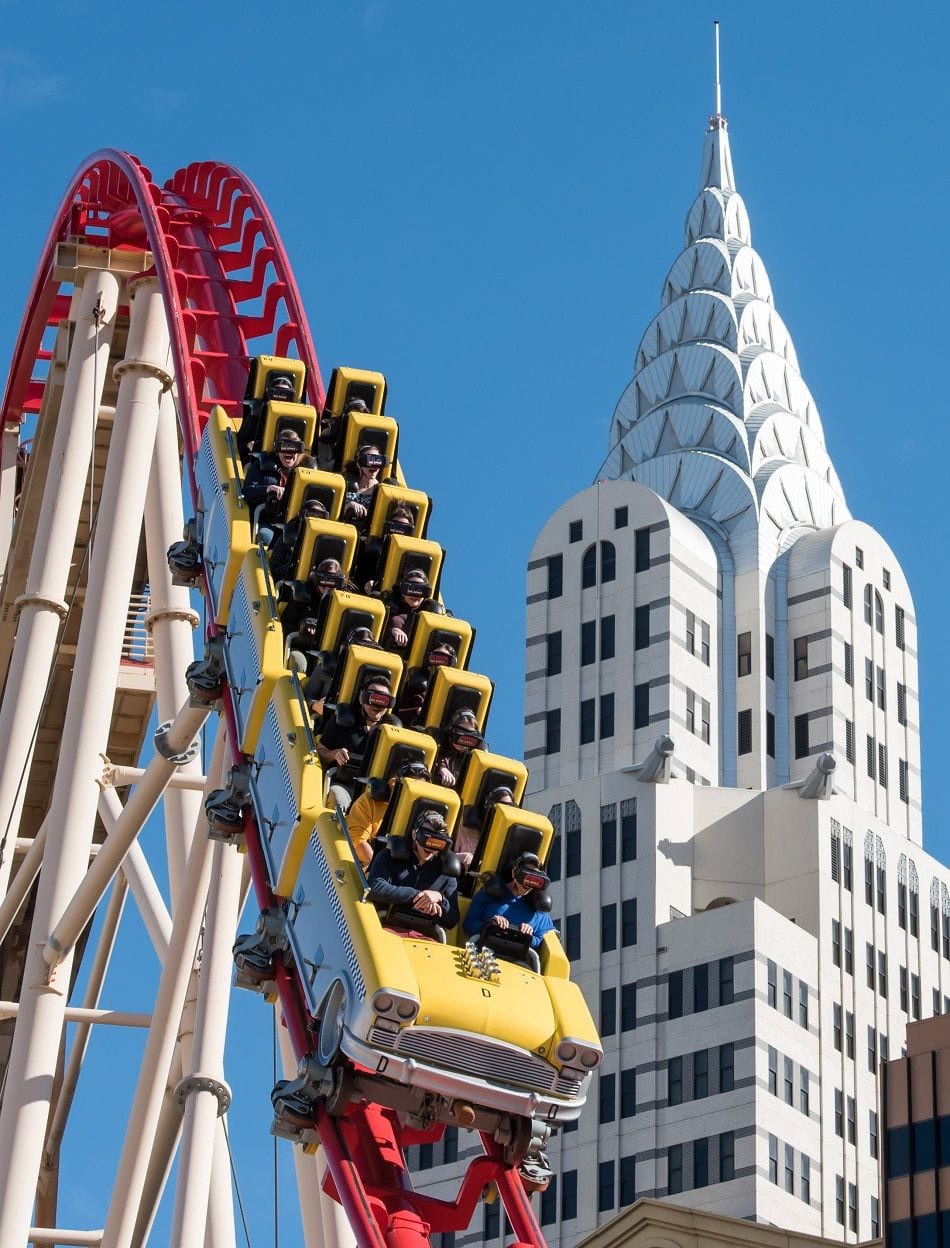 Thomas Wagner, Managing Partner of VR Coaster, said, “We’re very proud to have had the opportunity to work on such an iconic attraction. The creative freedom New York-New York gave us on all aspects of the ride, from storyboards to the final virtual reality application, was invaluable.”

The coaster’s passenger trains have been equipped with sensors that use wireless connectivity to synchronise the virtual reality visuals with the real ride. The technology was developed to withstand the ups, downs, dives and loops of a roller coaster without losing connection to the virtual reality headsets. The experience utilises VR Coaster’s graphic system, Hybrid VR, to deliver 3D footage in 4K resolution at 60 frames per second for high-quality visuals.

Cynthia Kiser Murphey, President and COO of New York-New York, said: “The Big Apple Coaster has provided heart-racing excitement to millions of visitors. Combining leading-edge technology with the thrill of our coaster overlooking the Las Vegas Strip, we are now able to offer visitors an experience that is new, adrenaline-inducing and something you can only find at New York-New York.”

The new virtual reality experience is set to open February 7 and tickets will cost $20, compared to $15 to ride the roller coaster the traditional way.

V&A Dundee Museum of Design to open in September

Waterpark and hotel in development for Resorts World Catskills