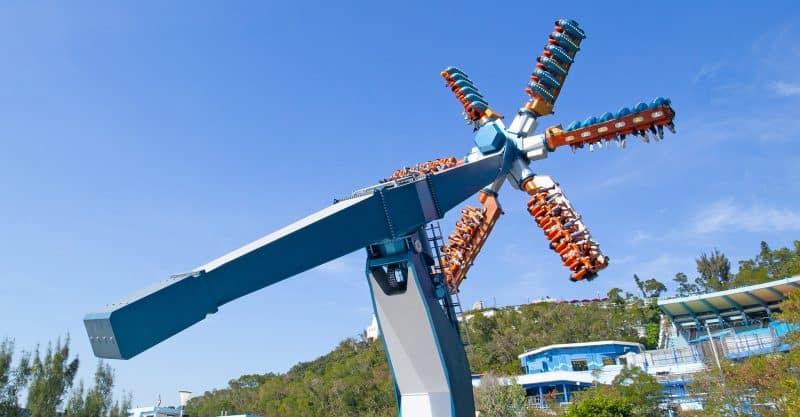 According to the South China Morning Post, lawmakers blamed the Hong Kong government for failing to devise a credible rescue plan.

“We’re still adamant that Ocean Park can survive on its own but it needs to overcome the present financial crisis first.”

Ocean Park could cease operations as early as June

He also said a cross-departmental committee would develop a way forward in six months, including its sources of financing, operating models and structure.

“The park will focus on its strength – conservation and education – while taking measures to cut cost and generate income,” he added.

Yau warned that the theme park could cease operations as early as June, if lawmakers vote down the HK$5.4 billion bailout.

Ocean Park also sought an HK$10.64 billion cash injection from the SAR government in January. The funding has since been watered down in light of coronavirus.

“It’s a dilemma,” said Elizabeth Quat, of pro-Beijing Democratic Alliance for the Betterment and Progress of Hong Kong.

“Is this actually a move pouring money down the drain? The fact is, I can’t see any concrete plan about how to save Ocean Park.

“I don’t see where the money come from. The government should take back this request and give us a detailed plan for us to consider.”

Deputy chairman of Ocean Park, Lau Ming-wai, has also warned that winding up the attraction would be more expensive than the bailout.

Ocean Park would need more than HK$10 billion to wind up. It would need to repay commercial loans, rehouse animals, remove facilities and pay off employees.

“Any plan the review committee comes up with will be better than the park being liquidated chaotically,” he said (via The Standard).

Nevertheless, Ocean Park Hong Kong is preparing to reopen in full swing. It has been temporarily closed since January in a bid to reduce the spread of COVID-19.

The world has suffered at least 5 major extinctions, in order for us to have arrived. Bailing out the 6th would be postponing the inevitable.