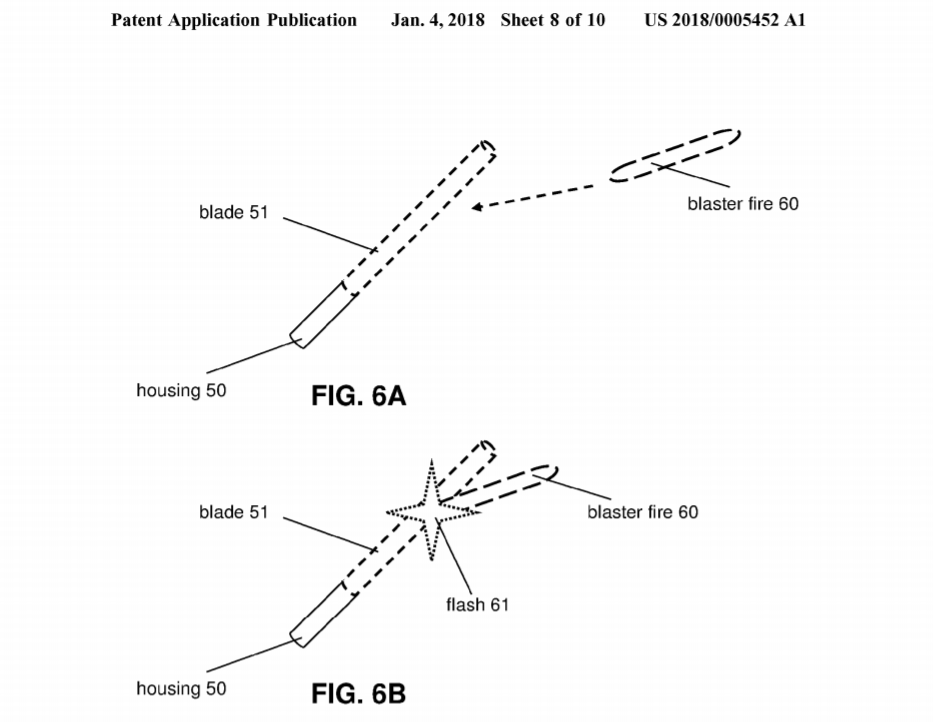 Drawings from Disney's lightsaber patent application. It describes augmenting an appearance of a hilt to simulate a bladed weapon. 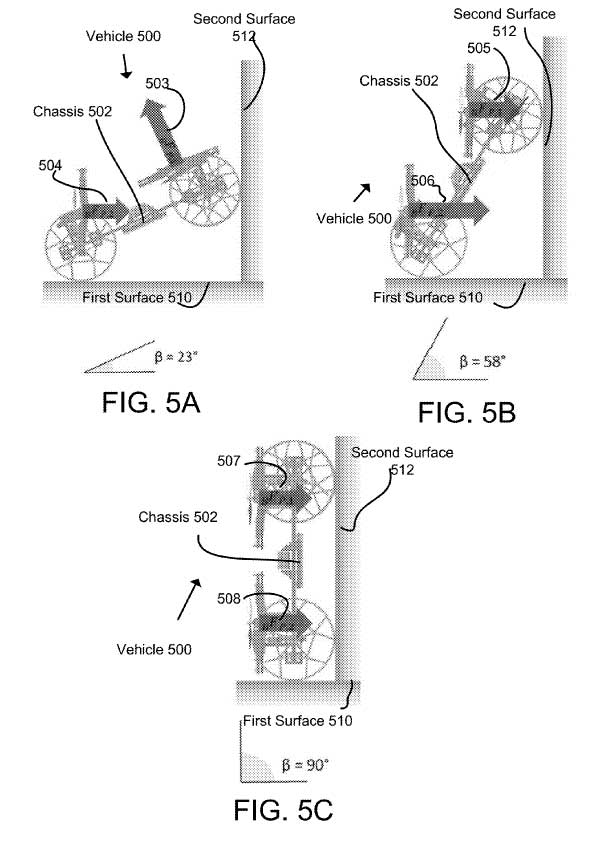