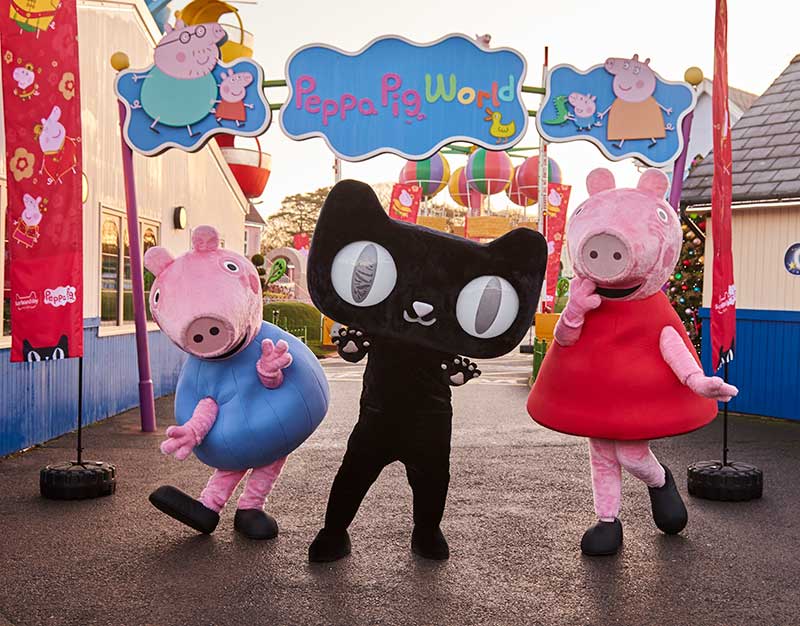 Peppa Pig World in Paultons Park has held a ceremony to celebrate Peppa Pig’s recognition as a ‘super brand’ by Tmall – a major Chinese e-commerce platform.

A ceremony held at Peppa Pig World on Monday was attended by Tmall representatives, the platform’s mascot and representatives from Entertainment One (eOne).

Peppa Pig debuted in China in 2015, and now has a strong retail presence that includes apparel, publishing and confectionery. Merlin’s first Peppa Pig World of Play was launched in Shanghai in 2015, with an additional site in Beijing set to open in 2019.

Ami Dieckman, eOne’s SVP Global Licensing, Family & Brands said: “The recognition Peppa Pig has received from Tmall is a huge achievement for the brand, and one we’re very proud of. The brand continues to go from strength to strength, which has been aided by the launch of Peppa Pig World in the UK, as well as the launch of its counterparts in other countries.”

Mike Hu, President FMCG at Tmall said: “Since its launch three years ago in China, Peppa Pig has become a beloved brand for families. To celebrate naming Peppa Pig as one of our super brands, it seemed only fitting to travel to the home of Peppa Pig to commemorate the start of our partnership. We are thrilled to give the more than 600 million annual active consumers on our China marketplaces the opportunity to enjoy special discounts and promotions on Peppa Pig merchandise.”

It is hoped that the partnership will also boost visits from China to Peppa Pig World, and Britain.

TMall has partnered with British brands in the past – including the British Museum. The museum’s move onto Tmall taps into the increased demand from the Chinese market. Previous museum projects have gone viral on the site. Over ten Chinese museums have developed similar products, with many museums opening online shops.

Parc Astérix’s 4D theatre will be provided by CL Corp