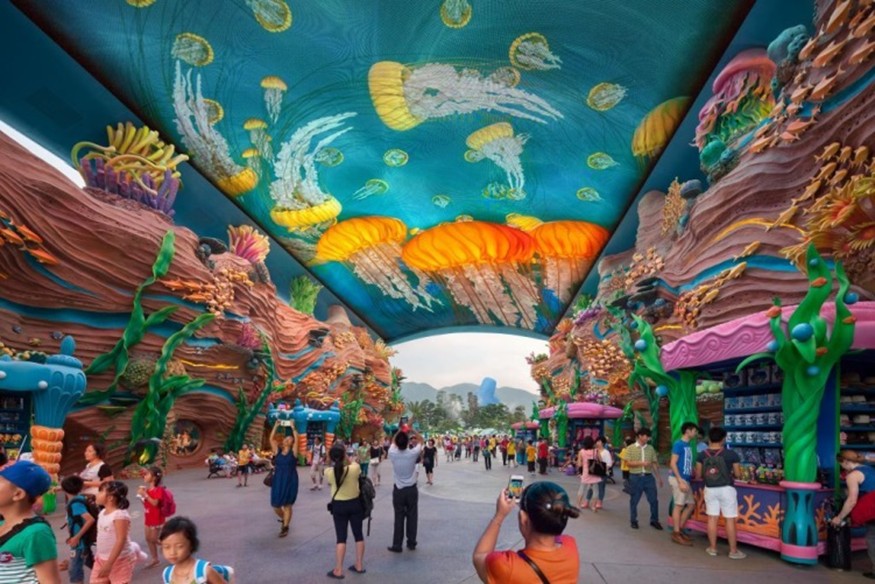 PGAV Destinations, a global leader in the planning and design of unique destinations, acted as product strategist, master planner, lead design consultant, and lead designer for Chimelong Ocean Kingdom, which was the consulting and design firm’s first full theme park design in Asia, having previously master-planned and designed the Grand Aquarium at Ocean Park in Hong Kong, and an attraction at the Museum of Qin Terra-cotta Warriors and Horses in Xi’an, China.)

The Themed Entertainment Association (TEA) Thea Awards recognise achievement, talent and personal excellence within the themed entertainment industry.  Highlighting Chimelong’s achievements, Steve Birket, TEA president, said, “Chimelong Ocean Kingdom raises the bar for other Chinese park developers and demonstrates how much can be achieved with a combination of Western design and Chinese execution.  [The park] is distinguished by its uplifting message of unity and diversity, its pioneering East-West collaboration.”

Chimelong Ocean Kingdom on Henquin Island near Macao, comprises seven areas themed around a different part of the world’s waterways.  The 125 acre theme park features many unique attractions including a huge, immersive digital manta ray entry tunnel; an eye-catching whale shark sculpture and a roller coaster combined with a live polar bear exhibit, as well as many other animal exhibits, rides, attractions, retail, and dining.

Commenting on the award, Al Cross, PGAV Destinations VP and project lead (shown right with Chimelong’s Tony Sze after receiving the Thea) , said, “Being associated with this Thea is special, as it represents success in the new context of China.  Our other Theas similarly recognized innovation and boldness – Wild Arctic, Discovery Cove, Georgia Aquarium – and now we have Ocean Kingdom. We are incredibly happy for Chimelong, and we are proud to be part of it.” 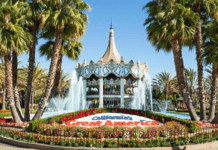