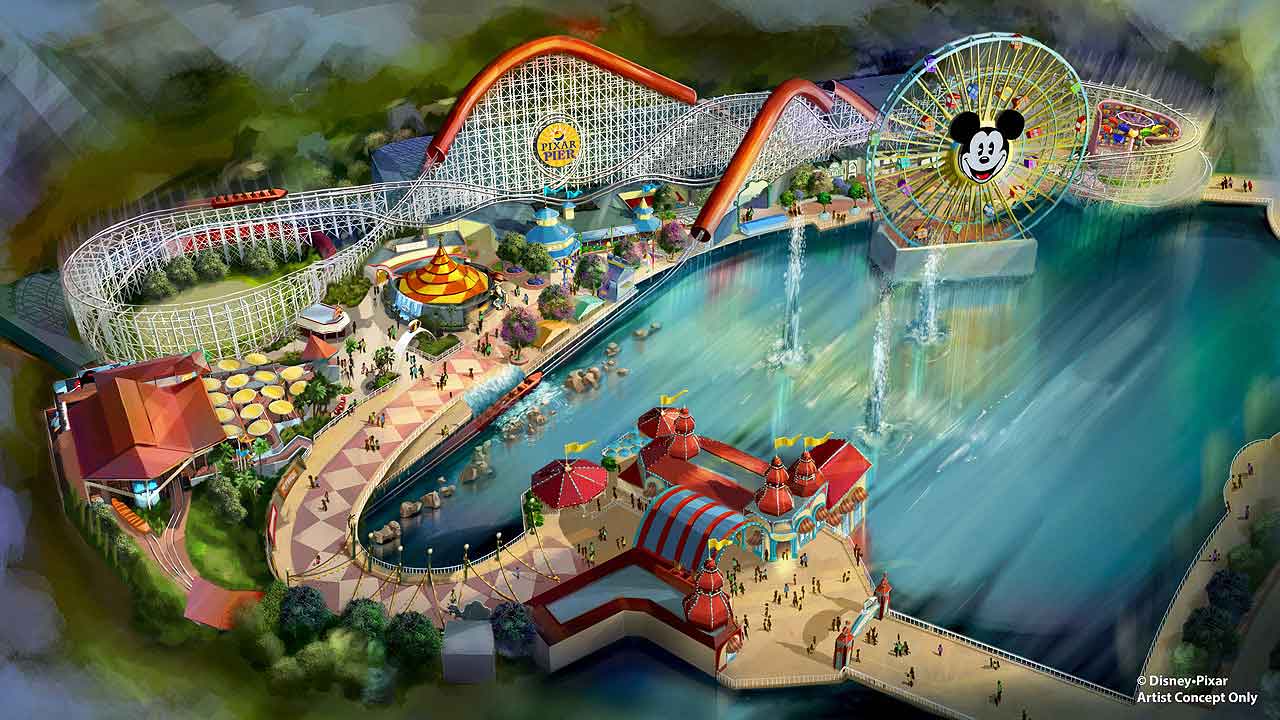 Disney California Adventure has unveiled plans for The Incredicoaster, as well as four themed neighbourhoods with new themed attractions, food and merchandise at Pixar Pier.

Pixar Pier’s four zones will be themed around three Pixar movies: The Incredibles, Toy Story, and Inside Out. A fourth section will “be a celebration of many of your favourite Pixar stories,” according Disney Parks blog.

The fourth neighbourhood will include a new-look Mickey’s Fun Wheel, with each of the 24 gondolas featuring different Pixar characters.  At the Games of the Boardwalk, which includes the Bullseye Stallion Stampede game, all of the midway games will be inspired by Pixar characters.

Mickey’s Fun Wheel, Games of the Boardwalk and Sideshow Shirts will close  on 8 January in preparation for the revamp. 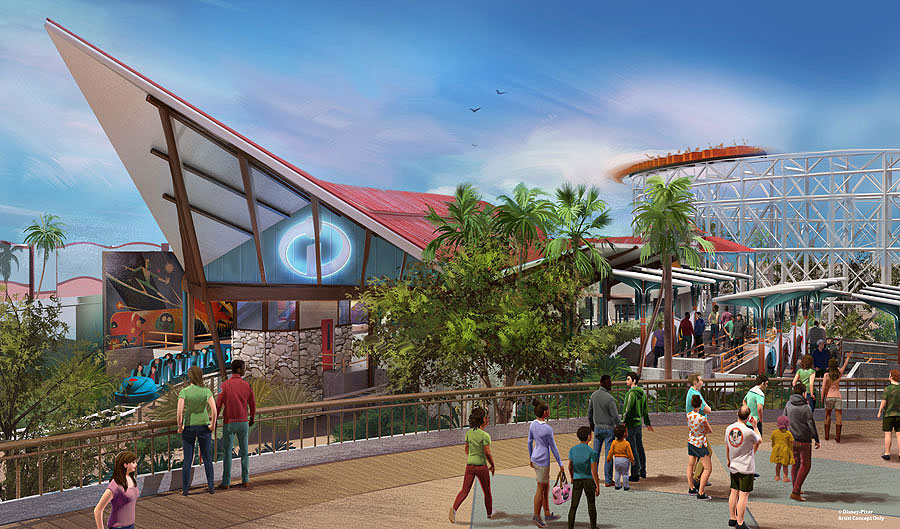 Four new neighbourhood will include a new-look Mickey’s Fun Wheel.

Ariel’s Grotto restaurant and the Cove Bar will be turned into a new lounge and grill offering views of Paradise Bay and the new Pixar Pier.

The Cove Bar will reopen briefly in April before closing again for its permanent renovation.

Pixar Pier will open with a Pixar Fest celebration starting on 13 April 2018. The festivities will include the new Together Forever – A Pixar Nighttime Spectacular fireworks as well as the return of Pixar Play Parade.

The official Disney release reads: “When Pixar Pier opens along the southern shore of Paradise Bay, with newly themed attractions, foods and merchandise throughout. This new, permanent land in the area that is now Paradise Pier will introduce four new neighbourhoods representing beloved Disney·Pixar stories.”

Disney is yet to announce the fate of King Triton’s Carousel, currently situated between Toy Story Mania and California Screamin’.