Puy du Fou has revealed more details about the €230 million theme park spectacular to be created at the foot of the Great Wall.

During a state visit with Emmanuel Macron, president of Puy du Fou, Nicolas de Villiers, will sign a strategic contract for the future of Puy du Fou in China.

With an opening date of 2022, a site at Qinhuangdao, facing the Great Wall, will be transformed with a spectacular night show as well as a themed hotel, restaurant and period village.

Currently Puy du Fou has a team of 35 working in Hangzhou to develop a concept inspired by Chinese culture.

Puy du Fou has plans to create eight shows in France and Spain, as well as four themed hotels, by 2030. The company is investing €165 million in France and €242 million in Spain over five years to achieve these goals.

The China project is not the end of Puy du Fou’s global ambitions. Aside from France and Spain, Puy du Fou says that it “aims to give birth, by 2030, 2 other Puy du Fou in the world”.

In an earlier interview with Blooloop, de Villiers explains the attraction of China: “International expansion means we can grow without becoming too fat. If we just grew in France, maybe the park would lose the charm and we would loose the feeling of being human beings. China is so big that we can create several parks and shows.

“There are a lot of entertainment parks in China, but there are a lot of fake things; and they know that. Localisation will be very important to what we do. This is a country with 5,000 years of history, it is so rich with stories and so epic.” 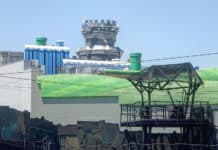