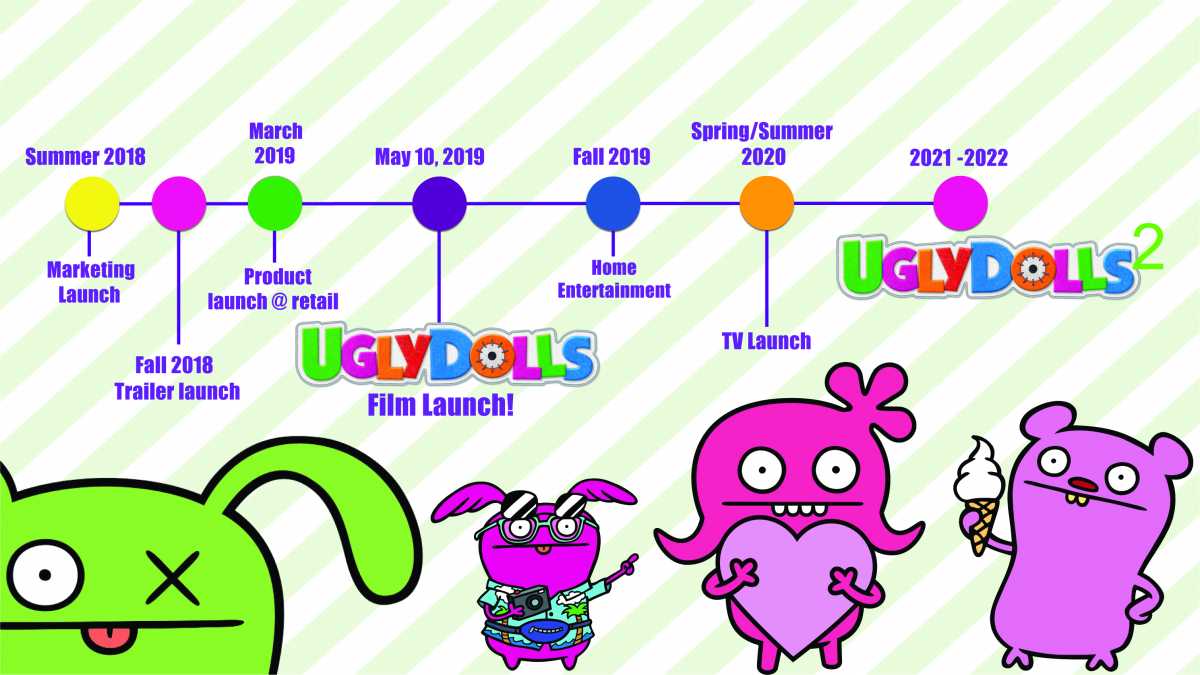 Rhode Island (RI) Novelty, a leader in the design and distribution of amusement toys, giftware and incentive merchandise, has added the hit toy brand, Uglydolls, to its product line-up.

The move is set to coincide with next year’s movie launch featuring the popular characters and the voice of singer, songwriter and actor, Nick Jonas. A new animated UglyDolls Hulu TV series is also in the pipeline.

With demand for Uglydolls merchandise expected to rocket, RI Novelty will be offering a range of toys exclusively to amusement customers from March 2019. The range will include soft and hard stuffed plush characters Ox, Ugly Dog and Moxy, along with 3 other characters yet to be announced. The company will also be offering soft stuffed character pillows.

“Here at RI Novelty, we are thrilled to take on the UglyDolls’ product line during the launch of their upcoming television debut,” says the company.“With great voice talent, such as Kelly Clarkson and Nick Jonas, supporting the upcoming movie in 2019, these characters are sure to quickly make their way into the spotlight.”

Since its founding almost 30 years ago, Rhode Island Novelty has become a one-stop source for high-quality products, innovative designs, and competitive pricing.

First launched in 2001, the Uglydoll brand is the brainchild of American illustrator, David Horvath and his wife Sun-Min Kim.