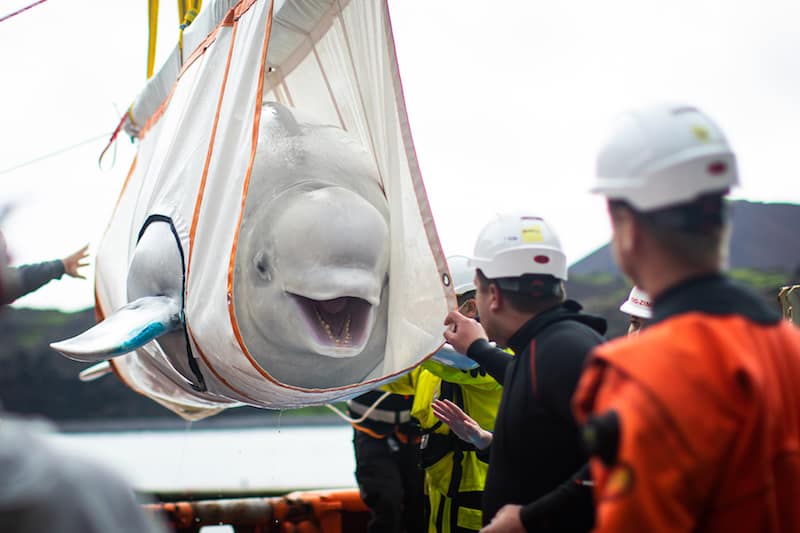 The SEA LIFE Trust has confirmed the safe arrival of two beluga whales, Little Grey and Little White, in their new sea sanctuary care area at Klettsvik Bay in Iceland.

Little Grey and Little White are now residents of the world’s first open water sanctuary for belugas, with the move taking place on August 7.

The whales will need to acclimatise to the new natural environment and outdoor elements of the bayside care pool, before their final release to the wider sanctuary in Klettsvik Bay in the Westman Islands off the south coast of Iceland.

Little Grey and Little White were accompanied by the expert team and independent vets throughout the move. They are healthy and feeding well after the short trip.

A long journey back to the sea

This is the first time that Little Grey and Little White have been in the sea since they were taken from a whale research centre in Russia in 2011.

This is also the first time that captive beluga whales have ever been released to an ocean sanctuary. In partnership with WDC, the SEA LIFE TRUST Beluga Whale Sanctuary is one of the biggest developments in captive whale and dolphin care and protection in decades and the first of its kind to be created for cetaceans.

Merlin Entertainments, which owns the SEA LIFE aquarium chain and set up The Sea Life Trust, has a long-held principle that belugas and other cetaceans do not belong in captivity. It has been seeking a solution for the belugas since its acquisition of Changfeng Ocean World in 2012.

The Sea Life Trust picked the bay in Iceland as the site for its pioneering project to provide a natural sub-Arctic environment and wild habitat for the whales. The establishment of the sanctuary and the transfer of the whales has been carried out in conjunction with Whale and Dolphin Conservation and with a substantial donation from Merlin Entertainments.

Little Grey and Little White on the move 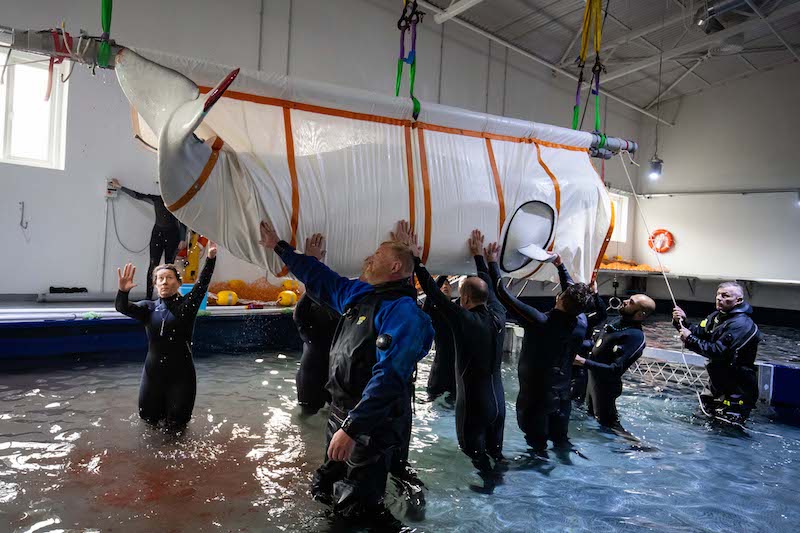 “We’re absolutely delighted to be able to share the news that Little Grey and Little White are safely in their sea sanctuary care pools and are just one step away from being released into their open water home,” said Andy Bool, head of SEA LIFE Trust.

“Following extensive planning and rehearsals, the first stage of their release back to the ocean was as smooth as we had hoped and planned for.

“We are carefully monitoring Little Grey and Little White with our expert care team and veterinarians and hope to announce their final release very soon.”

The move from the landside facility on the island of Vestmannaeyjar to Klettsvik Bay was carefully planned by a team of experts. 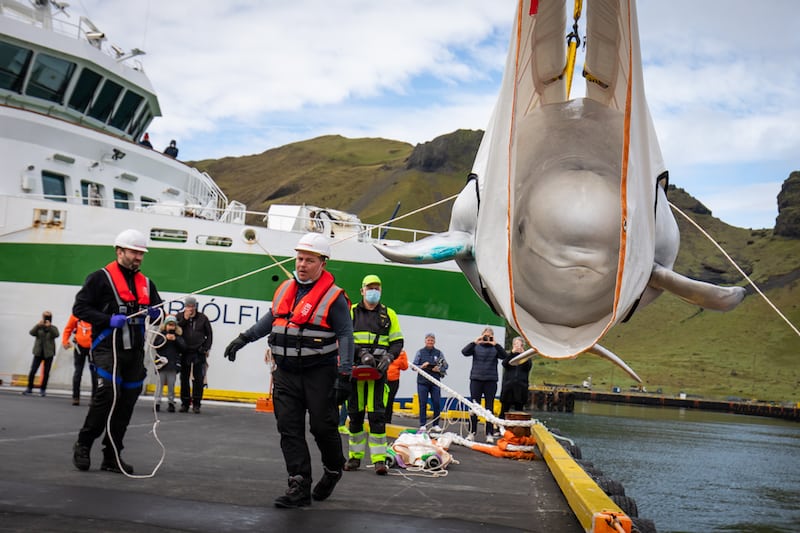 The whales were safely transferred in special slings with custom foam matting for cushioning during transportation using a truck and the harbour’s tugboat.

It took up to an hour, with each whale being moved individually. They were kept cool and damp using misters.

The SEA LIFE TRUST Beluga Whale Sanctuary is one of the biggest developments in captive whale and dolphin care and protection, and the first of its kind to be created for cetaceans.

The Beluga Whale Sanctuary and the Cornish Seal Sanctuary recently ran a series of live streams offering a behind-the-scenes look at the SEA LIFE Trust’s sanctuaries. 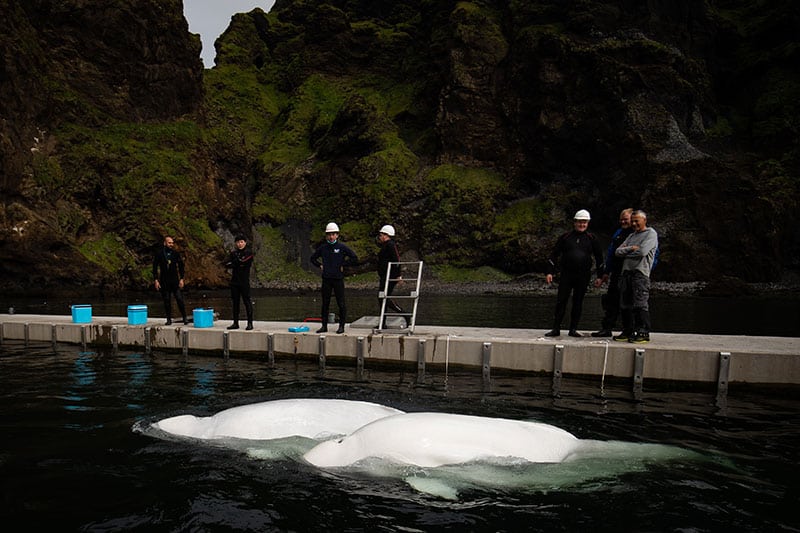