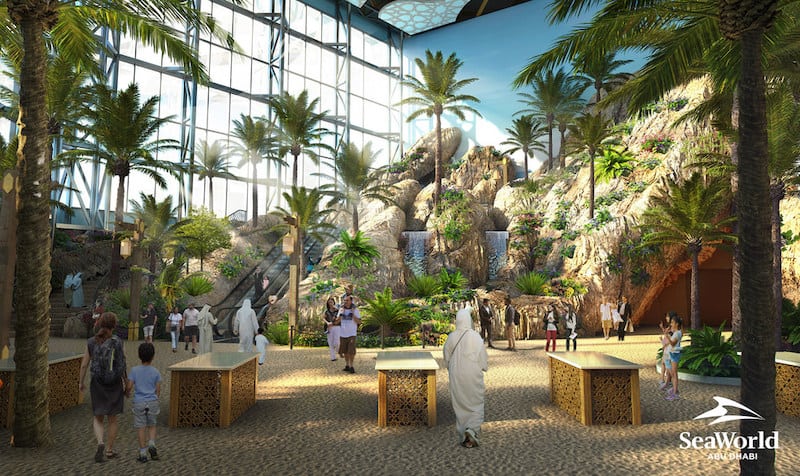 Miral has announced that over 40 percent of construction is complete on SeaWorld Abu Dhabi, a collaboration with SeaWorld Parks & Entertainment on Yas Island.

SeaWorld Abu Dhabi will be home to the UAE’s first dedicated marine research, rescue, rehabilitation and return centre, which will support regional and global conservation efforts.

The attraction, which is scheduled for completion by the end of 2022, is built on multiple levels across a total of approximately 183,000 square metres.

“This is yet another great new addition to Yas Island’s immersive attractions and experiences,” said His Excellency Mohamed Khalifa Al Mubarak, chairman of Miral.

“It will help further position the island as a top global destination, and contribute to the growth of Abu Dhabi’s tourism vision,” he added.

“We are proud to have partnered with SeaWorld Parks & Entertainment on this incredible project, which brings more than 55 years of expertise in marine conservation and world class marine animal care to Yas Island.”

SeaWorld Abu Dhabi will feature purpose-built habitats and ecosystems to house different species together, as they are in the wild. It will also boast immersive experiences.

SeaWorld Abu Dhabi on track to complete in 2022

The park will have six distinct areas, an immersive ride, and interactive exhibits, as well as one of the world’s largest and most progressive indoor aquariums.

“Yas Island is a visionary and transformational project, and is already becoming a landmark destination for global travelers,” said Scott Ross, chairman of SeaWorld Parks & Entertainment.

“We are thrilled SeaWorld will be a part of this special place, which will further expand our vitally important marine life research, rescue, conservation and education efforts in the region.”

“We’re looking forward to creating unforgettable experiences for our guests, educating them about some of the planet’s most majestic marine animals, and continuing our world class animal care, conservation and advocacy work.”

Meanwhile, SeaWorld Entertainment is laying off some of the theme park and corporate employees that it furloughed earlier this year in response to the outbreak of COVID-19.