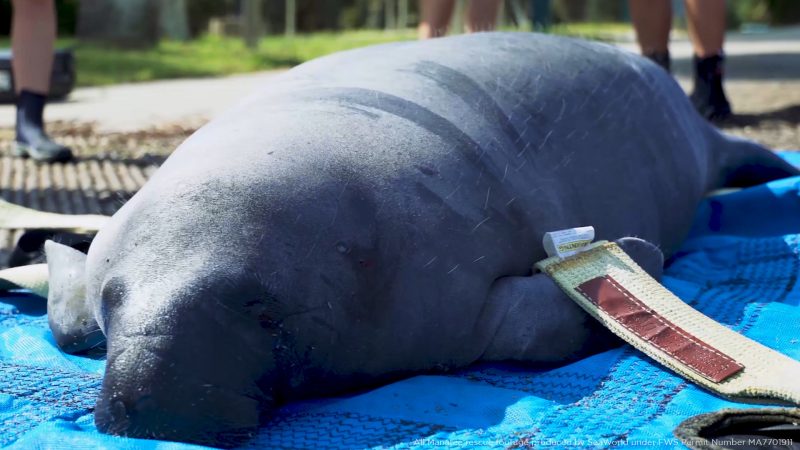 SeaWorld has announced its 36,000th animal rescue since it opened in 1965, continuing its mission to help injured, ill and stranded animals.

For 55 years, SeaWorld has been rescuing and rehabilitating marine and terrestrial animals. The company supports a network of dedicated rescue experts, animal care specialists and veterinarians who work to rescue ill, injured, orphaned or abandoned animals.

“SeaWorld’s work rescuing and rehabilitating wild animals is of the highest caliber and the reason why the rescue team has been a long-standing and valuable partner,” said Donna Wieting, director of NOAA Fisheries’ Office of Protected Resources.

“We also value SeaWorld’s mission to educate the public about marine wildlife conservation and the role they play in protecting animal habitats.”

A baby manatee, rescued in Daytona on August 7 by @MyFWC, found a home at @SeaWorldOrlando. When the male calf arrived he was 2-4 weeks old, weighing only 52 pounds. While he doesn't have a name quite yet, veterinarians and animal care specialists at SeaWorld Orlando will work to nurse the manatee back to health. He is expected to be at SeaWorld Orlando until he reaches a minimum of 600 pounds. #SeaWorldRescue #SeaWorld #ParkToPlanet #AnimalRescues #Manatee #SaveTheManatees #SaveTheAnimals #SaveThePlanet #SeaWorldOrlando

Bingley, a male manatee, was rescued by the Florida Fish and Wildlife Conservation Commission (FWC) earlier this year and transported to SeaWorld Orlando for rehabilitation. Bingley had pneumothorax, an injury to his lung that may have been caused by a boat strike.

SeaWorld’s animal care experts and veterinarians spent five months caring for Bingley, before determining that he could be released off the coast of Florida.

“Our teams remain on the frontlines of marine mammal rescue because of our enduring commitment to supporting rescue, rehabilitation and return,” said Jon Peterson, senior leader of Zoological Operations at SeaWorld Orlando.

“In a perfect world, animals would never need to be rescued, but until that changes, our teams will continue to work closely with our partners to help save these animals.”

SeaWorld rescues include Cinder and Tyonek

Meet Cinder — a five-week-old northern sea otter pup who was rescued and cared for at the Alaska SeaLife Center before being deemed non-releasable. Cinder is now receiving excellent round-the-clock care by the team at @seaworldsandiego in the Otter Outlook nursery as she prepares to join her new family as a vital ambassador for her counterparts in the wild. ? . . . . #SeaOtter #Otter #SeaWorld #SeaWorldRescue #SeaWorldSanDiego

Other rescues include Cinder and Tyonek, a northern sea otter pup and endangered baby beluga whale, who were both orphaned and then rescued by the team at Alaska SeaLife Center.

SeaWorld Orlando, San Diego and San Antonio guests can support the efforts of SeaWorld Rescue with every ticket purchase.

After a difficult period following the release of documentary BlackFish, SeaWorld has gone through a period of restructuring and investing in advertising and marketing, as well as pricing, new rides and attractions and free beer.

We're a team with one mission, save the animals. Which is why our rescue teams are the 911 call for any injured, ill, and orphaned animals in need of help. #SeaWorldRescue #SeaWorld #SaveTheAnimals #SaveThePlanet #SaveThePenguins #SaveTheBirds #Birds #Penguins #Flamingos

SeaWorld is also opening the second Sesame Place in the US. The new theme park will open in San Diego in spring 2021.