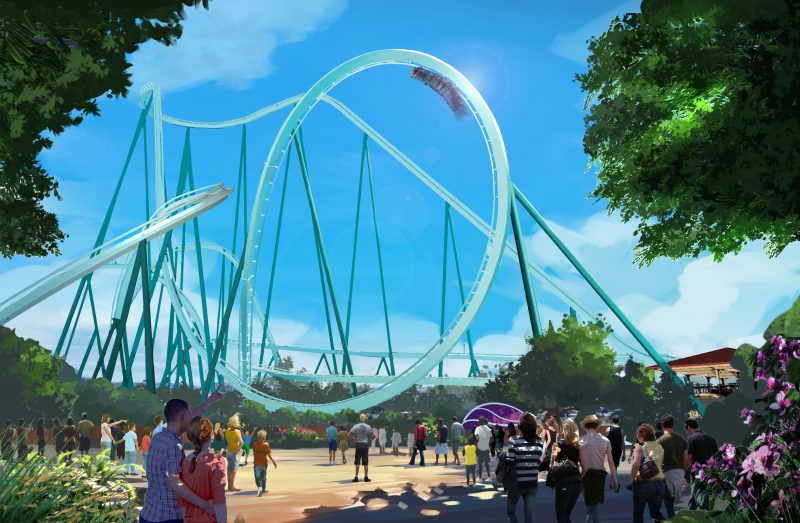 SeaWorld San Diego has unveiled its new attraction for 2020, a penguin-themed dive coaster that will be called Emperor. The ride will be California’s first floorless dive coaster.

SeaWorld San Diego revealed the name and video of its new coaster during IAAPA Expo 2019 in Orlando.

Named after the Emperor penguin, who can dive to a depth of 1,800 feet, the 153-foot-tall ride will be the tallest and fastest floorless dive coaster in the state.

Emperor riders will travel at more than 60 mph, and will dangle and drop more than 150 feet. They will then plunge 90 degrees into loops in a tribute to Emperor penguins’ dives from cliffs to the depths of the ocean.

Emperor, built by Switzerland-based Bolliger & Mabillard, is launching in summer 2020. The new coaster will be located adjacent to Journey to Atlantis.

According to The San Diego Union-Tribune, SeaWorld San Diego will donate a portion of the proceeds from sales of penguin merchandise to Penguins International, supporting the non-profit organisation’s work to preserve and protect penguins.

Earlier this month, SeaWorld revealed its 36,000th animal rescue since it opened in 1965, continuing its efforts to help injured, ill and stranded animals.

SeaWorld San Diego initially announced the floorless dive coaster would be called Mako. However, there is already a Mako coaster at SeaWorld Orlando with a different layout.

Riders will dive in the style of Emperor penguins

Meanwhile, SeaWorld recently announced the second Sesame Place in the US. The new theme park will open in San Diego in spring 2021.

We’re at @IAAPAHQ expo and excited to reveal the ride vehicle for the new thrill- Texas Stingray! #IAAPAExpo pic.twitter.com/uU1D9B9EzB

The ride will be the tallest, fastest and longest wooden coaster in Texas.