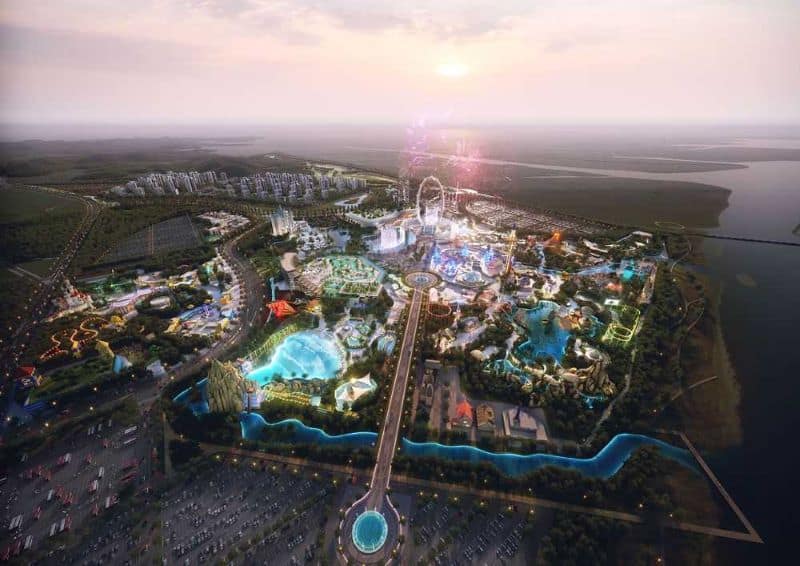 Shinsegae Property has signed the contract to start construction on an international theme park in Hwaseong, in the Gyeonggi Province in Korea.

The contract was signed between the Ministry of Land, Infrastructure and Transport, Korea Water Resources Corp (or K-Water) and Shinsegae Property Consortium last week. This comes after changes in the development plans were approved by the ministry in December, according to Korea Bizwire.

This area in Hwaseong has had several theme park plans in the past 10 years. At various times there have been unsuccessful proposals to build a Korean Disneyland or Universal Studios.

Shinsegae Group’s Vice Chairman Chung Yongjin said last year that they “will build a theme park not just for the domestic market, but something that can be called the landmark of Asia, something that we’ve never seen before, in order to contribute to the nation’s tourism industry and the local economy.”

The theme park will have hotels, shopping centres, and even golf courses over 3.16 millions square metres of land. 4.5 trillion won, around 3.7 billion USD, is going to be invested by Shinsegae Property.

Shinsegae Property CEO Lim Yeong-rok said that “Shinsegae Group will focus all of its resources to establish one of the world’s most renowned landmarks, based on cutting-edge IT technology and leading content.”

It is expected that the resort will partially open in 2026, with a grand opening taking place in 2031.  Construction will begin in 2021 after Shinsegae acquires all necessary licenses.

Shinsegae Property was picked as the preferred bidder for the project in early 2019. The company initially said that it would have a unique themed concept based on K-pop and a dinosaur fossil site.