The Silverstone Experience, a £20m Heritage Experience dedicated to motorsport, is gearing up for its opening on July 9.

Located at Silverstone in Northamptonshire, UK, the new family attraction aims to ‘engage minds through motorsport’.

The STEM-focused experience takes visitors on an interactive 2.5 hour journey celebrating the past, present and future of British motor racing.

Part of the $20m project, a Second World War Wellington Bomber Hangar at the entrance to Silverstone Circuit was rescued and refurbished.

A grant of £9.1 million was awarded to the initiative by The National Lottery Heritage Fund. Blooloop previously caught up with Sally Reynolds to talk about the Heritage Lottery Fund bid, and the ambitious project it funded.

“It is a perfect time to unveil our family attraction: the Home of British Motor Racing will be buzzing during the build up to the Formula 1 Rolex British Grand Prix 2019 and families will be gearing up for the long summer school holidays,” Reynolds added.

“We can’t wait to see the hangar filled with families and motorsport fans who will be able to climb into a grand prix car, practice their skills as an RAF pilot and sit in the village pub! We know they are going to be bowled over by all the interactive exhibits and thrilled by our surprise immersive end show.”

Sir Stirling Moss, an early supporter, said: “There is a huge amount of history and heritage to archive and preserve, and to house it all together on display for people to enjoy is a fantastic idea.”

Playland renovation and expansion could start in 2022 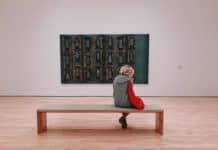