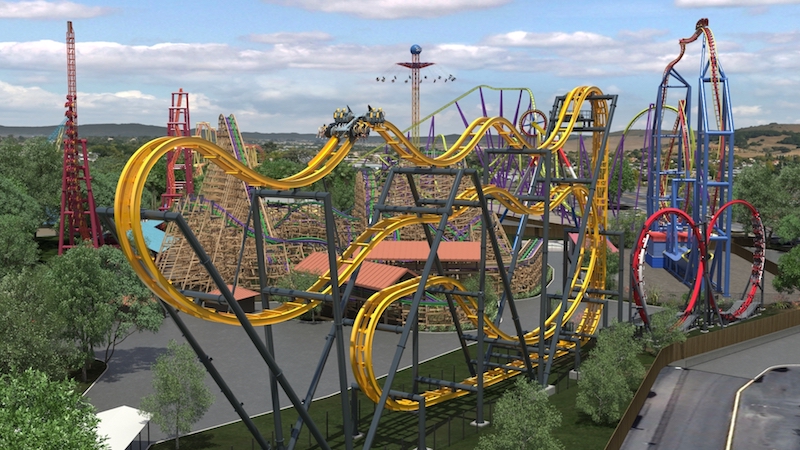 Six Flags Entertainment Corporation has reported its Q4 and full year earnings for 2019. For the full year, revenue and attendance increased 2 percent. In Q4, attendance and revenue were down 3 percent.

This was driven by a 2 percent increase in attendance, and offset by a small decline in guest spending per capita and a 3 percent decline in sponsorship, international agreements and accommodations revenue.

Attendance rose by 788,000 to 32.8 million guests. This was driven by the addition of five US theme parks, as well as a new water park in Rockford.

Six Flags noted that its partner in China defaulted on its payment obligations, which resulted in a termination of the development agreements.

“It is unlikely that the company will recognize any revenue or income in 2020 related to the development of parks in China,” said Six Flags.

“My first ninety days have only reinforced my belief that Six Flags is a beloved brand with loyal guests and dedicated employees,” said Mike Spanos, CEO of Six Flags.

“I also believe that the company has the ability to improve its performance,” he added. “We are working diligently to formulate a new strategic plan with the goal of restoring sustainable growth in attendance, revenue and profitability, and also to add directors with critical skills and experiences to our board.

“We will continue our consumer-centric approach, while focusing our organization on action, creativity, and relentless execution for the benefit of our guests, our employees, and our shareholders. I believe that Six Flags’ future is bright, and I am excited to take on this new chapter with our great team.”

Guest spending per capita for Q4 decreased slightly compared to the same period in 2018.

Meanwhile, Cedar Fair has reported record results for 2019. Attendance and revenue continue to grow, and last year was the most successful in Cedar Fair’s history.

Cedar Fair rejected Six Flags’ $4 billion cash-and-stock offer to merge the companies. The move would have united two of the largest theme park operators in the US.