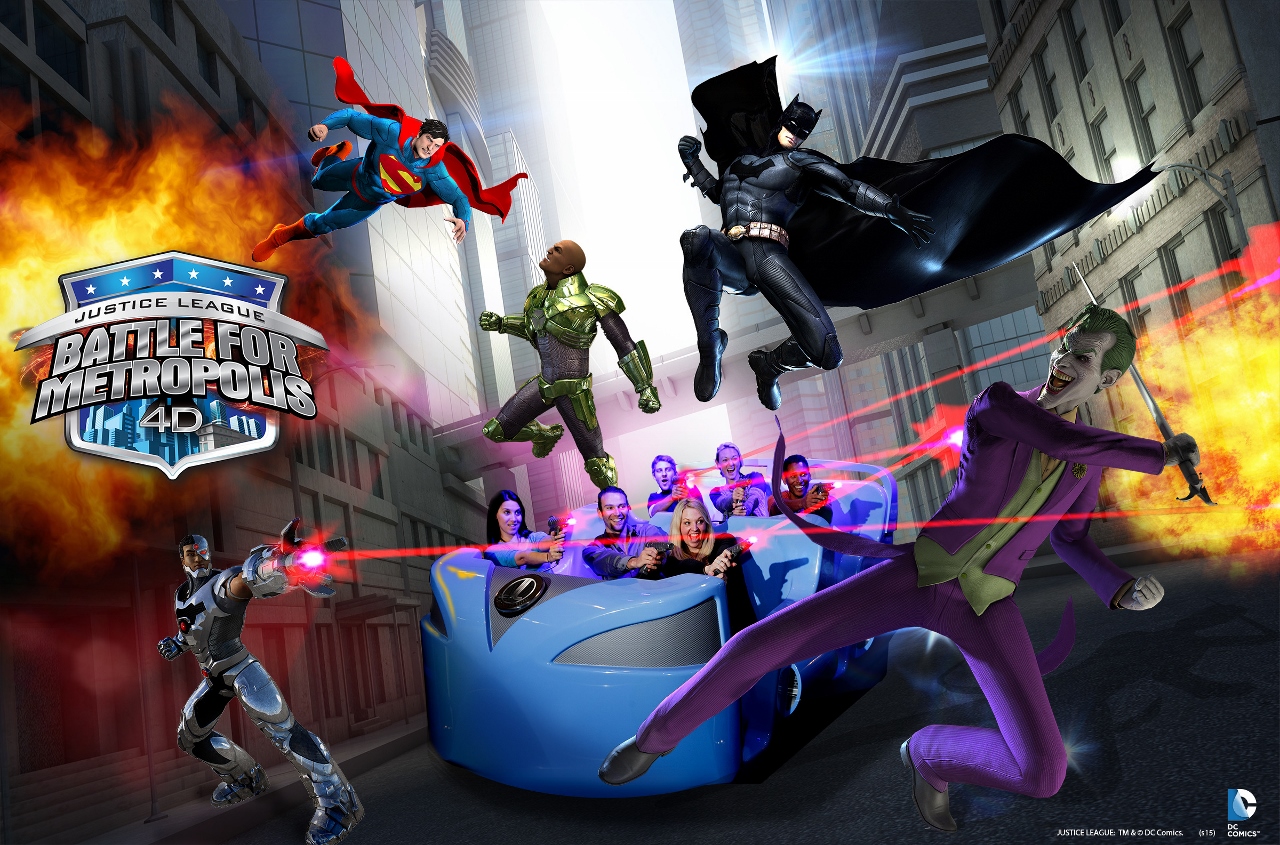 The world’s largest regional theme park company, Six Flags Entertainment Corporation, has unveiled its new line-up of rides and attractions for the 2017 season.

The roster features a host of Warner Bros. and DC Comics branded attractions including the world debut of the next-gen JUSTICE LEAGUE: Battle for Metropolis interactive dark ride.

Other highlights include the opening of a brand new water park in Mexico and, for Halloween, Six Flags' biggest Fright Fest® to date featuring characters from Suicide Squad.

The news coincides with the release of the company’s 2017 Season Passes which went on sale last week.

“We are tremendously excited about the 2017 season and look forward to delighting our guests with the types of innovative rides, attractions and signature events they have come to expect from Six Flags, ” commented John Duffey, President and CEO.

“We are equally thrilled to be adding a new park—Hurricane Harbor Oaxtepec Mexico—to the Six Flags family as we build on our commitment to deliver world-class entertainment for guests of all ages at every park, every year.”

The Great Escape and Splashwater Kingdom: