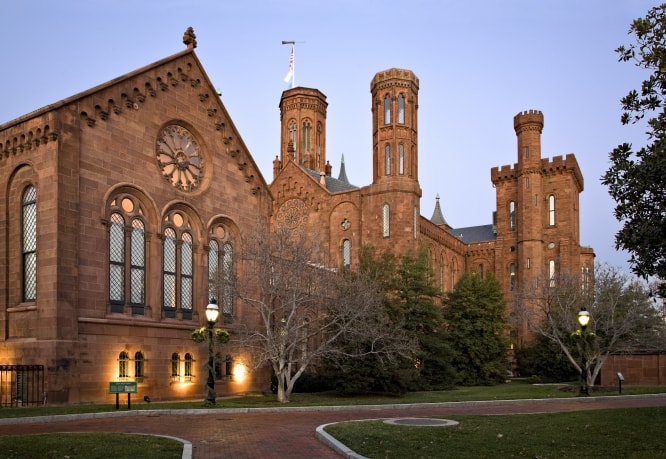 The Smithsonian Institution has concluded the largest ever fundraising campaign by a cultural institution after raising $1.88bn – $380m more than its goal of $1.5bn.

The campaign was announced in October 2014 with the stated aim of raising $1.5bn by the end of 2017. It surpassed its goal in October 2016 but the Smithsonian decided to continue on until the planned end date. More than 535,000 donors contributed, including gifts from foundations, corporates and individuals across the US and 107 other countries.

All of the Smithsonian’s institutions contributed to the campaign, including its 19 museums, the National Zoo, nine research centres and educational units.

David Skorton, secretary of the Smithsonian, said: “The historic success of the Smithsonian Campaign demonstrates what’s possible when each of the Smithsonian’s museums, research centres and education programs come together as one and, fuelled by the generosity of our community, aspire to make an even greater impact on our nation and the world.”

The money raised will be used on a wide range of initiatives with the priorities being new and renovated buildings and spaces, education and outreach initiatives, endowment support, scientific research around the globe, and programs and exhibitions.

One of the most significant milestones of the campaign was the opening of the National Museum of African American History and Culture in 2016. In addition to $270m in federal funding, the museum raised more than $400m in private funds.

Other new or renovated galleries and public spaces made possible by donations include:

The National Museum of Natural History will reopen its renovated David H Koch Fossil Hall in 2019, and the National Zoo will open its Experience Migration exhibition at the Bird House in 2021.

Smithsonian-wide, more than 70,000sqm of new or renovated galleries and public spaces at 11 museums and the National Zoo opened thanks to money raised by the campaign.

The Smithsonian is a public-private partnership between the US government and donors and members. Approximately 60% of the Institution’s annual operating budget is funded through federal appropriations.

Last month, architecture firm BIG unveiled its latest plans to redevelop the Smithsonian Campus in Washington DC. Costing around $2bn, the project is due to start in 2021.