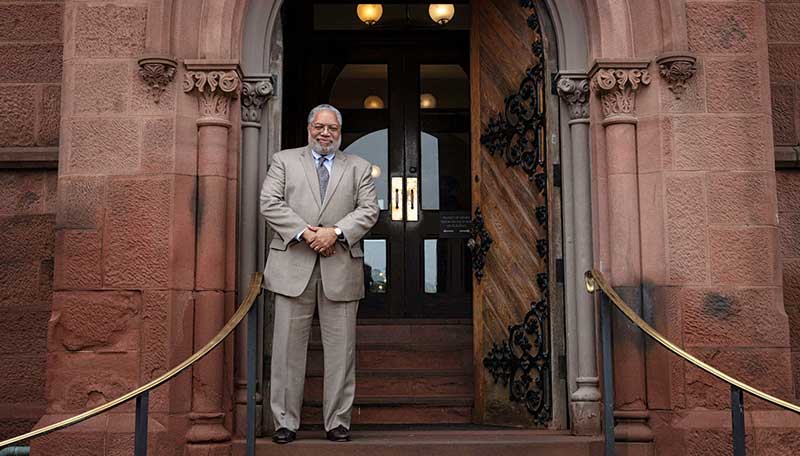 Bunch is the founding director of the National Museum of African American History and Culture. From a challenging start with just himself and one staff member with no collections, funding or a site, he successfully brought to life the vision to create “a place that would make America better”. The museum opened in 2016 and has since welcomed 4 million visitors.

Commenting on the appointment, John G. Roberts, Jr., Smithsonian Chancellor and Chief Justice of the United States, said, “Lonnie Bunch guided, from concept to completion, the complex effort to build the premier museum celebrating African American achievements. I look forward to working with him as we approach the Smithsonian’s 175th anniversary, to increase its relevance and role as a beloved American institution and public trust.”

Bunch said, “I am humbled and honored to become the 14th Secretary of the Smithsonian Institution. I am excited to work with the Board of Regents and my colleagues throughout the Institution to build upon its legacy and to ensure that the Smithsonian will be even more relevant and more meaningful and reach more people in the future.”

"It is important for the public to view the Smithsonian not simply as an attic of nostalgia but as a cauldron of ideas, innovation and understanding that could be transformative for America." — Smithsonian Secretary-elect Lonnie G. Bunch III https://t.co/NsDwSYlNyC

First historian to lead the Smithsonian

The search committee for the appointment was co-led by Board Chair David Rubenstein and Board Vice Chair Steve Case. Bunch is the first historian to lead the Smithsonian and the first museum director to have worked his way up to the post in 74 years.

Rubenstein’s comments reflect this: “Lonnie is a deeply respected scholar, educator and leader. In looking for someone who would shepherd the Institution into the future, we wanted to find a special person with equal parts talent and passion. Fortunately, the ideal choice for our next Secretary was already an integral part of the Smithsonian family.”

Case added, “After working at the Smithsonian in various capacities over three decades, and then birthing a wildly successful startup within the Smithsonian, Lonnie has the benefit of knowing the Smithsonian intimately. Now Lonnie will bring his insights and passion to reimagining the Smithsonian of the future, and creating a culture of agility and innovation to expand the Institution’s impact. The Regents stand ready to support Lonnie’s vision for driving cross-institutional collaboration to create a virtual Smithsonian that can reach everybody, everywhere.”