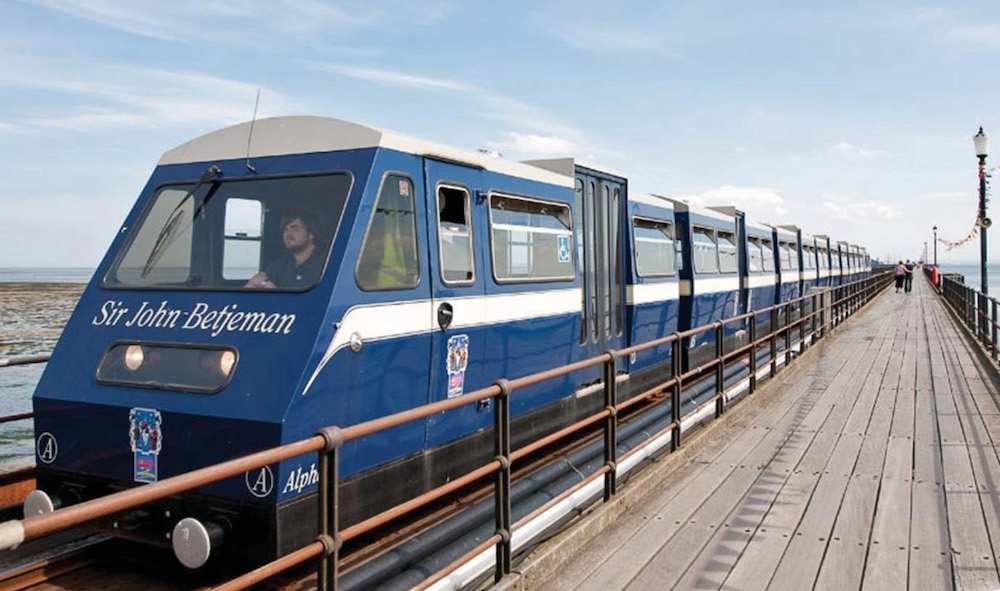 Southend Council’s deputy leader, Ron Woodley, would like Southend Pier to attract one million people a year, according to Echo News.

There are currently plans to build a new pavilion on the site of a former bowling alley on Southend Pier.  It was destroyed in a fire in 1995. Woodley has also said that he would like the pier’s museum to move into this pavilion.

The site of the former museum could then “be turned into a London Dungeon type attraction which could also highlight the history of being on a ship moored off the pier in the past” according to Woodley.

Plans for a new pier train platform have now been approved by Southend Council. This comes as £3.25 million has been earmarked to introduce eco-friendly trains to run the length of the pier.

Severn Lamb, a leading supplier of amusement transport, won the contract to supply the new Southen Pier trains in January 2020. In the off-peak season, the trains will be able to run half the number of carriages, saving the council running costs.

The new platform will be built at the land end of Southend Pier.  Planning documents note that passengers will “pass by the pier shop and main exit” as they step off the train. A new pier entrance costing £480,000 was opened in June 2019 and welcomed record numbers of visitors.

A £100 million Marine Plaza development was also approved by Southend Council in January 2020, according to Essex Live. This development would include new homes and seafront restaurants, bars and shops. It is going to be built opposite the Kursaal building.