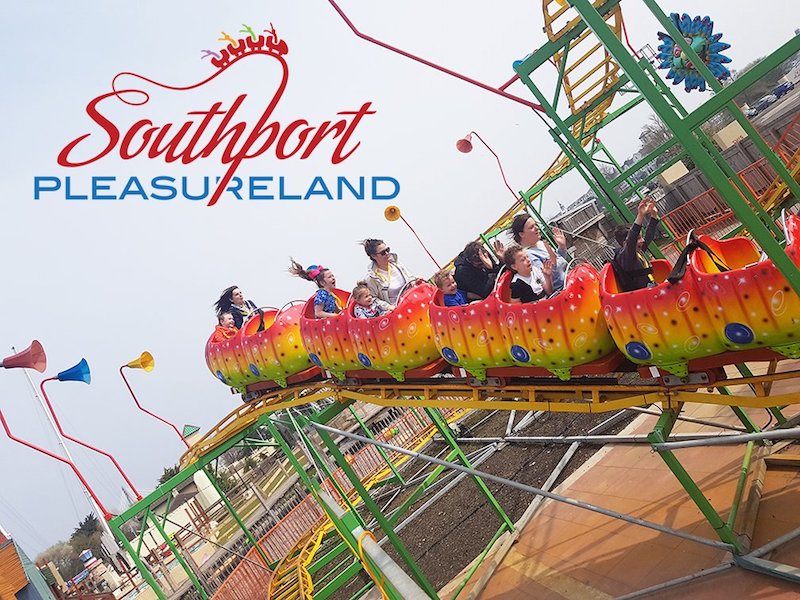 Southport Pleasureland owner Norman Wallis is set to invest in the theme park, and in a number of sites across the promenade, after Sefton Council granted him a longer term lease.

The local authority and Wallis have signed an agreement to work in partnership on a new indoor attractions, a revitalised amusement park and a new hotel.

According to Liverpool Echo, over the next two years, a Dinosaur Park will be built on what used to be the Pitch and Putt site, featuring animatronic dinosaurs and full-scale models. The miniature railway and land train will also receive investments.

We are open today from 11am, come and have some fun with us! ??? pic.twitter.com/0OwE9lrKPK

Documents on Sefton Council’s website read: “The Pleasureland lease will support major investment in the transformation of the site, including indoor attractions that will be open year round.

“This new destination will have sizeable benefit on the Southport economy (with potential to rise to £25m per annum), as well as in terms of new direct and indirect jobs (presently estimated to total 1,000 new jobs).

“A long-term lease would be required to support commercial borrowing to finance the proposed transformation of the site.”

Cllr Marion Atkinson, Cabinet Member for Regeneration and Skills, said: “Our investment into Southport is ongoing.

“We continue to financially support the Atkinson, Southport Theatre and its conference centre and Southport Market; and there’s lots more in the pipeline.”

The partnership will form part of the strategic vision for Southport’s tourism offer, which also includes ongoing work on Southport Pier.