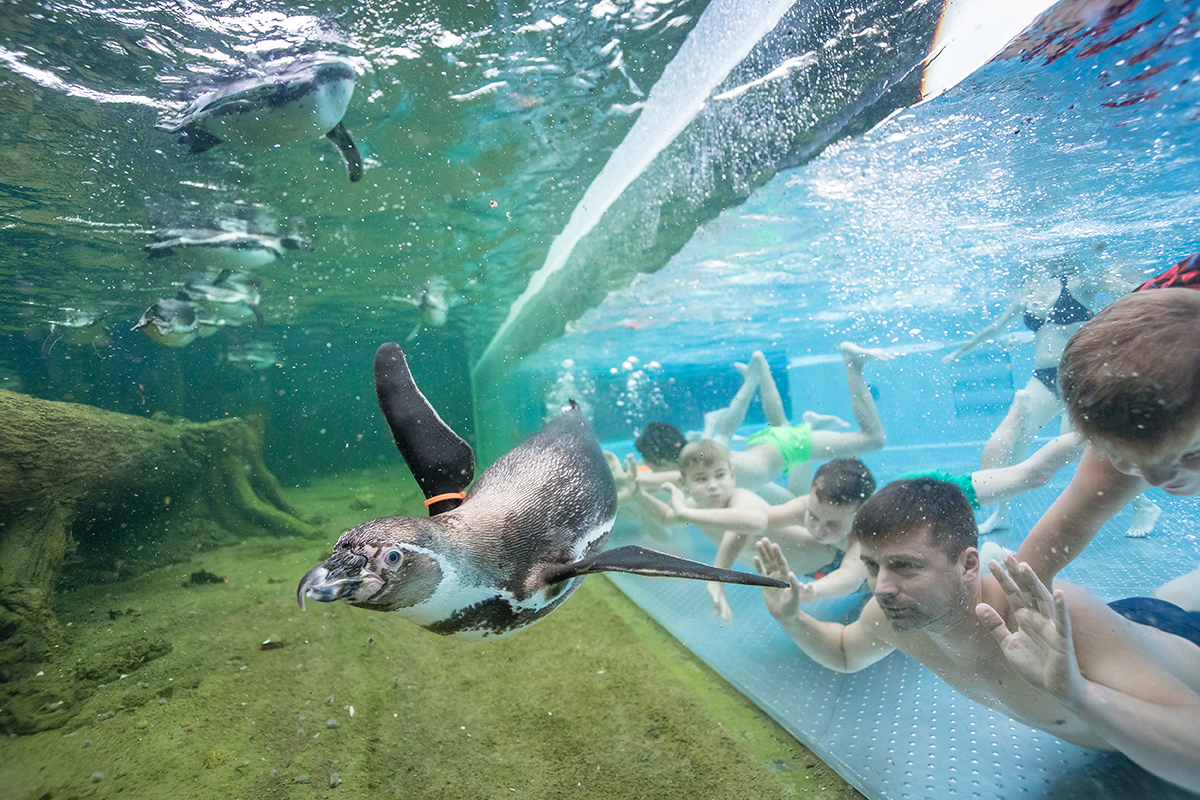 The German waterpark Spreeweltenbad Lübbenau reopened recently following a €12 million redesign by dan pearlman experience architecture. Among other activities awaiting visitors to the nature-inspired facility near Berlin is swimming with penguins.

Located within a biosphere reserve just one hour from the German capital, Spreeweltenbad Lübbenau offers water recreation amidst pristine untamed nature, branching waterways and rich cultural traditions. The waterpark hosted a VIP preview on November 26, before reopening to the public on December 1. 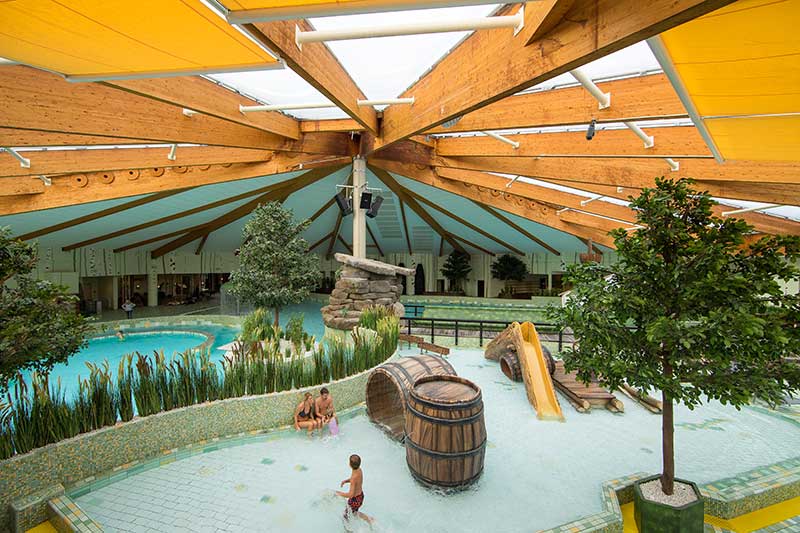 After an eight-month reconstruction, it’s now quite unrecognisable. Expanding and redesigning the adventure pool and sauna village was part of a strategic development plan developed and supervised by the dan pearlman team, led by CEO Kieran Stanley.

The wellness oasis and waterpark has entered a new era. Its “swimming with penguins” experience is set to transform the facility into a destination that will create unforgettable memories for children and adults.

At the preview event, European Waterpark Association CEO Klaus Batz praised the theming. This, he said, was “integrated with finesse” as he highlighted the “quantum leap” that the new Spreeweltenbad represents. Now it belongs to “the peak of the European bath industry”, Batz declared. 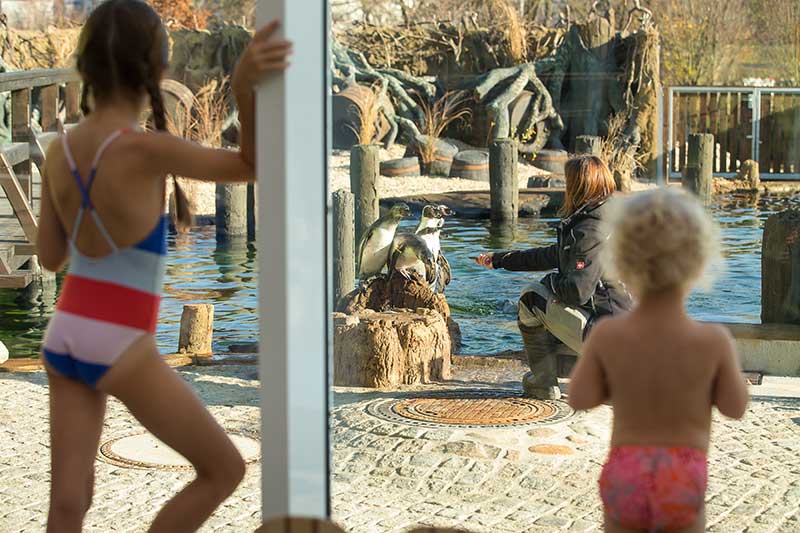 Few animals rival the pulling power of penguins. The new Humbolt penguin facility, with its glass tunnel and underwater views, makes visitors feel like they are swimming with the black and white birds.

The 500 sq m pool provides three times as much space as the previous penguin habitat, which had been a popular feature of the waterpark for years. Now, with Europe’s biggest acrylic front, the pool is even more impressive. Separated by a see-through wraparound windshield, visitors and birds ‘swim’ together for a distance of 46 metres.

Following the relaunch of Spreeweltenbad Lübbenau, the entire destination now adheres to a unifying storyline. From hidden treasure maps and mystic symbols to rustic rafts and barrels, there are exciting things for guests to discover and explore wherever they go. Two giant slides, a wave pool and a current channel provide added excitement. 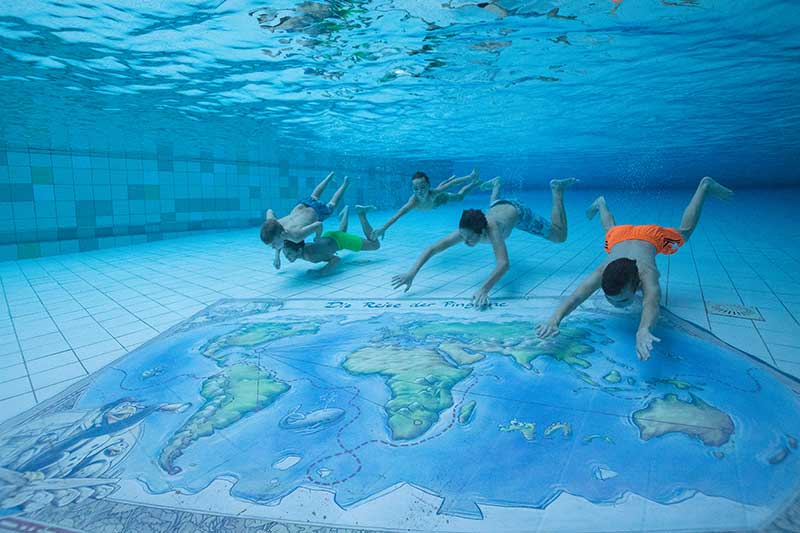 Another highlight is an interactive waterslide equipped with glowing touchpads and a scoring function. Such features should satisfy the digital play instinct of the younger generation. The experience can be configured individually for single pipeline sections, including colours and effects.

Away from the pools, a toddler area connected to an authentically-themed dry playground was redesigned in typical Spreewelten style. Here kids can let off steam – eye to eye with the penguins. Daily feeding shows underline the holistic penguin experience.

Meanwhile sauna lovers are invited into 14 different themed relaxation rooms inspired by nature. These set the tone for the outdoor area and sauna village. Regional cuisine is available from the enchanted birch forest bistro.

Spreeweltenbad Lübbenau’s transformation into a (short) vacation destination will be complete in spring 2019 when the Spreewelten Hotel opens its doors. This has also been designed by the architecture team from dan pearlman. 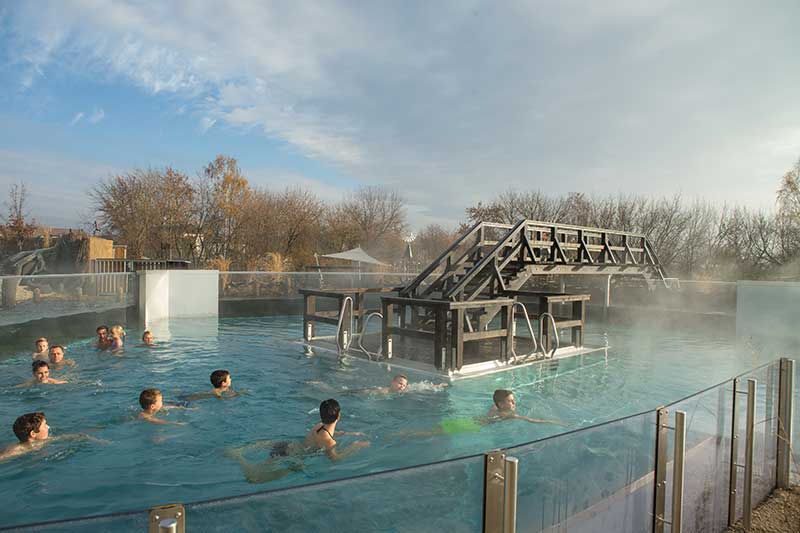 The co-operation between pearlmann and the publicly-funded Spreeweltenbad followed a speech on “emotionalising worlds of experience” made by Kieran Stanley to the EWA back in 2013. His statement about defining unique rooms as destinations, where encounters and experiences are made and curiosity is able to unfold, convinced Spreeweltenbad Lübbenau director Axel Kopsch and his marketing colleague Steven Schwerdtner to contract the Berlin-based experience architecture firm to prepare a masterplan.

After seeing the project through to completion, Stanley has said that he has rarely experienced such passionate commitment towards a government-funded destination project. 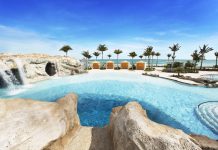 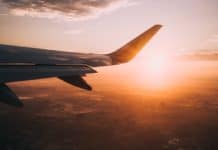 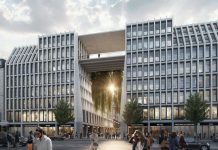