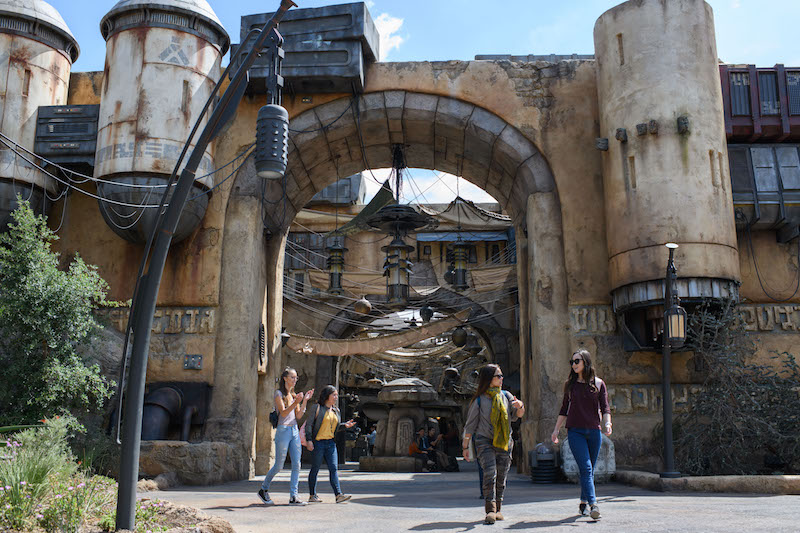 The photos, from Nearmap, were taken on the Fourth of July, which is usually one of the busiest days of the year for Disneyland.

Although crowds were expected, the images show relatively light pedestrian traffic in the Black Spire Outpost on the planet of Batuu.

That said, the aerial images do not reveal how many visitors were enjoying the indoor attractions, restaurants and shops.

Light crowds at the Black Spire Outpost on Batuu 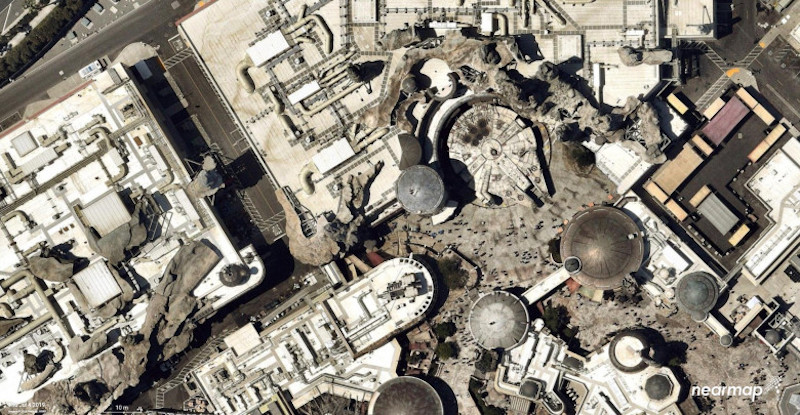 When Star Wars: Galaxy’s Edge opened to the public on June 24, crowds reached capacity within an hour, prompting Disneyland Resort to implement a virtual queuing system.

It was so busy that the Disneyland app read: “Entrance to Star Wars: Galaxy’s Edge or its experiences is not guaranteed.”

Fortunately, fans of the Star Wars franchise were allowed to return to the theme park later in the day via a ‘boarding party’ or virtual queue.

During the initial soft opening period between May 31 and June 23, guests were required to make reservations ahead of time and were limited to four-hour windows at the attraction.

Images taken from above on Fourth of July 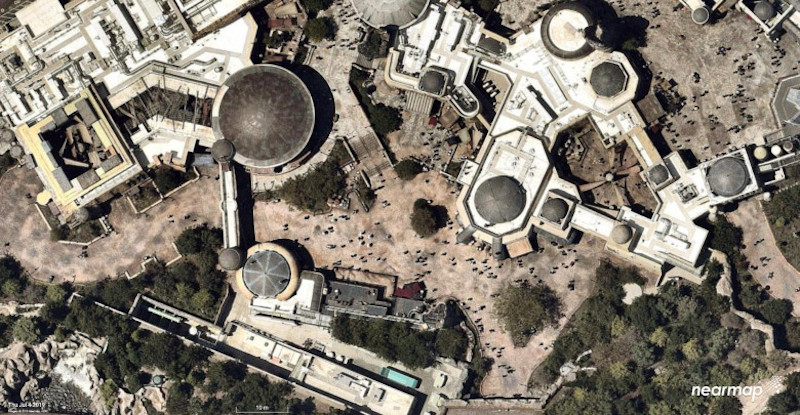 Disneyland has also been described as a ‘ghost town’ following the opening of Galaxy’s Edge, with guests and bloggers saying the attraction is less crowded than usual.

“By Disneyland standards, this place is a ghost town,” wrote one guest on June 26. Another tweeted on July 11: “Disneyland is empty today – still!”

A third said “it’s kinda scary how empty Disneyland is” on July 8.

By Disneyland standards, this place is a ghost town. #Disneyland pic.twitter.com/Q5pQLH1wwm

for being an ex AP holder, it’s kinda scary how empty Disneyland is

The new expansions feature themed food and drink and a wealth of merchandise at various galactic shops. There are also interactive experiences and plenty of starships.

Maybe it’s finally time to lower the prices so that regular folks can afford to go again.