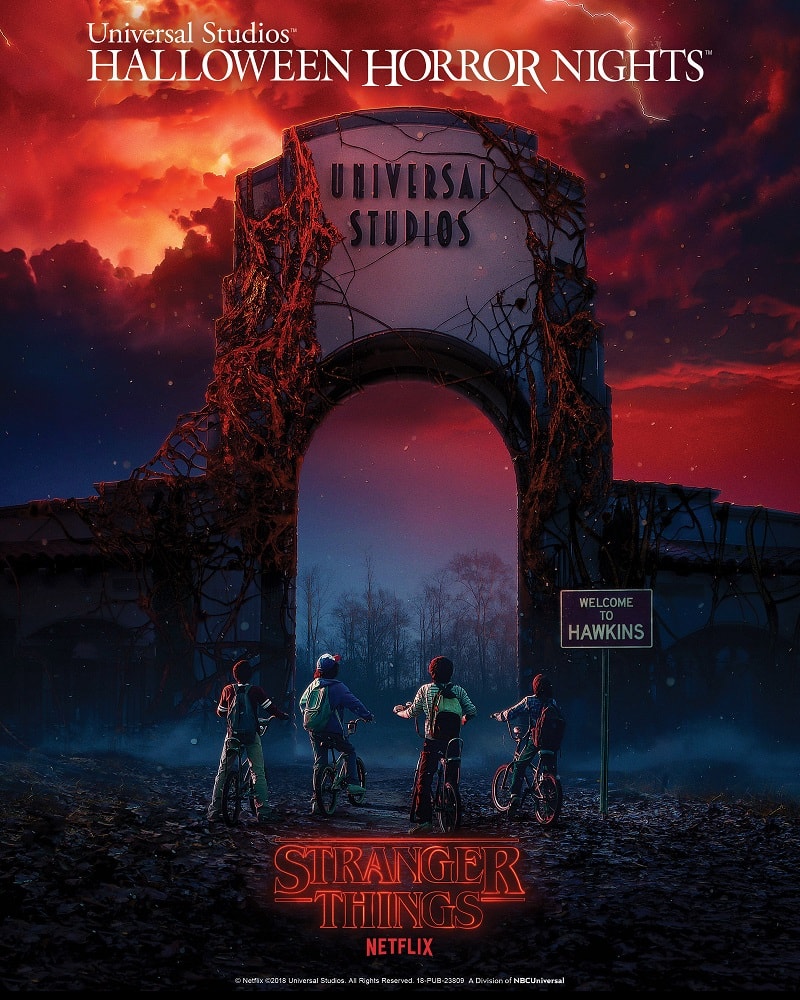 Scenes from the Upside Down and the town of Hawkins, Indiana featured in the Netflix hit Stranger Things will be brought to life at Universal Parks and Resorts this Halloween.

Fans of the series will get the chance to brave the Upside Down and confront the supernatural as each park debuts all-new mazes inspired by season one of the critically-acclaimed series.

The experience will feature the predatory Demogorgon, who will stalk unwitting guests as they encounter iconic scenes, characters and environments from the series.

Universal Studios is working in collaboration with Netflix and series creators Matt Duffer, Ross Duffer and Shawn Levy to create an authentic representation of Stranger Things in the mazes.

Scenes will include the menacing Hawkins National Laboratory, the Byers home adorned with an erratic display of flashing Christmas lights, and the eerie Upside Down woods oozing a shower of floating orb-like spores.

For 2018, Halloween Horror Nights begin on 14 September in Hollywood and Orlando and on 28 September in Singapore.

In January, it emerged that theme park revenue had soared to $1.5bn in 2017 for Universal Parks and Resorts parent company Comcast. The following month, the theme park operator announced it would be increasing ticket prices at its US parks.