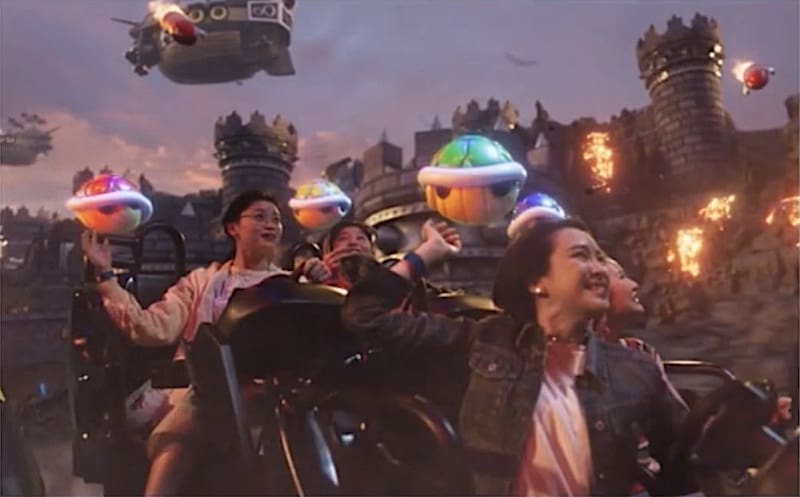 According to recent tweets, which you can check out below, the videos were spotted on a Vimeo account belonging to a site and app developer hired by USJ.

The videos, which have been removed from Vimeo, offer a tour of the website and expansion, as well as the Mario Kart attraction (via Nintendo Life).

The website says the Mario Kart ride has “a number of courses full of surprises, appear in front of you with the latest technology unique to the park”.

Mario Kart riders will have their own steering wheels

According to the leaked website, the ride lasts for five minutes and ride vehicles can seat four people, while each rider has their own steering wheel.

However, it’s worth noting that the videos and images may not be official and should be taken with a grain of salt, with no confirmation from Nintendo.

Yep, someone really messed up.
By the way, there are now pics of Mario Kart's ride system. pic.twitter.com/xYkypmKnxs

That said, the opening of Super Nintendo World was reportedly indefinitely postponed due to the coronavirus crisis. It was originally meant to open to coincide with the 2020 Tokyo Olympics.

In June, images and videos confirmed that work was progressing on Super Nintendo World. Prior to that, an aerial view image of the expansion under construction surfaced on Instagram.