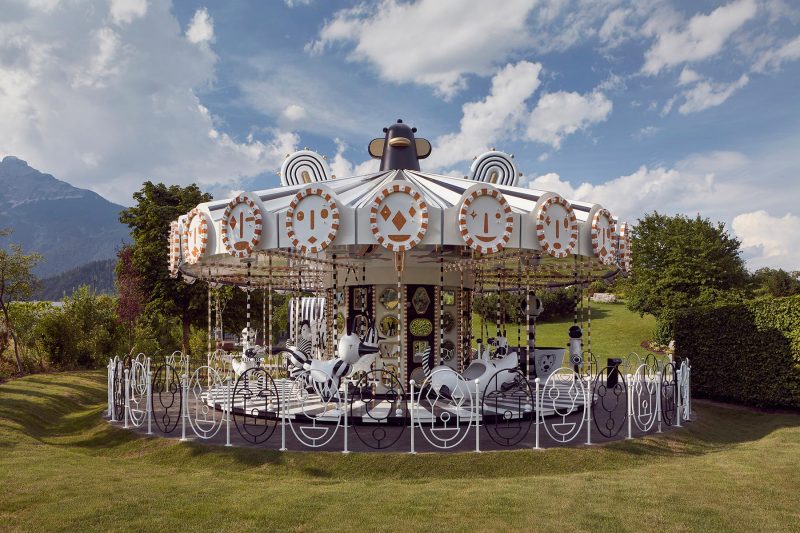 Carousel is an interactive installation at the theme park in Wattens, Austria, featuring 15 million Swarovski crystals.

The contemporary black-and-white design stands out in the gardens of Kristallwelten. Swarovski crystals are used across 12 ceiling panels and 16 wall panels, illuminated with lights.

“The Carousel provokes feelings of freedom and joy – it is an art piece in movement and a place where imagination starts,” said Jaime Hayon. “I’m excited for people to be transported into this fairy tale.”

Interactive installation with millions of crystals

According to Kristallwelten, Hayon’s design is inspired by folklore and fairy tales. Fantasy characters feature on the seats, while faces are used to decorate the roof and fence.

Carousel is located in Kristallwelten’s Garden, surrounded by other installations, which include ‘Labyrinth’ – a playtower and outdoor playground designed by André Heller.

“The Carousel is a symbol of innocence and lightness of spirit,” said Carla Rumler, Curator for Swarovski Crystal Worlds and Cultural Director Swarovski.

“In this exciting, new interpretation, Jaime Hayon combines superb elegance with his unique character figures from a fantasy world.”

Fantasy and folklore themes at Kristallwelten 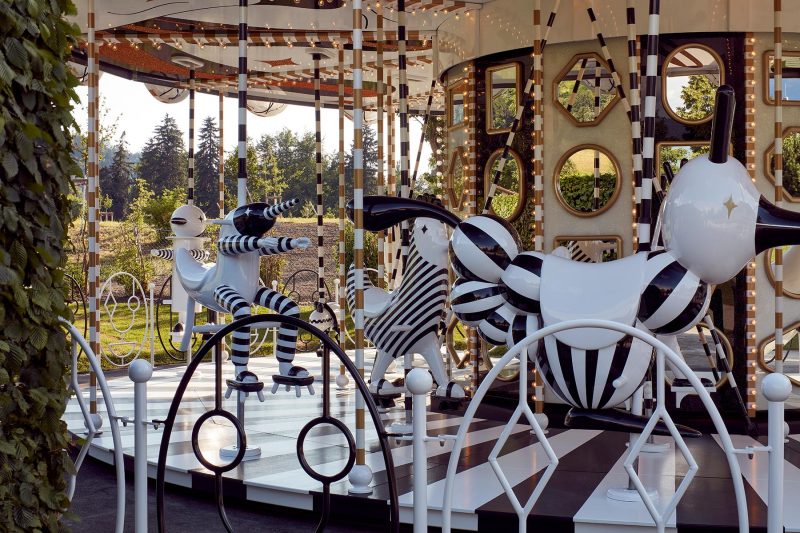