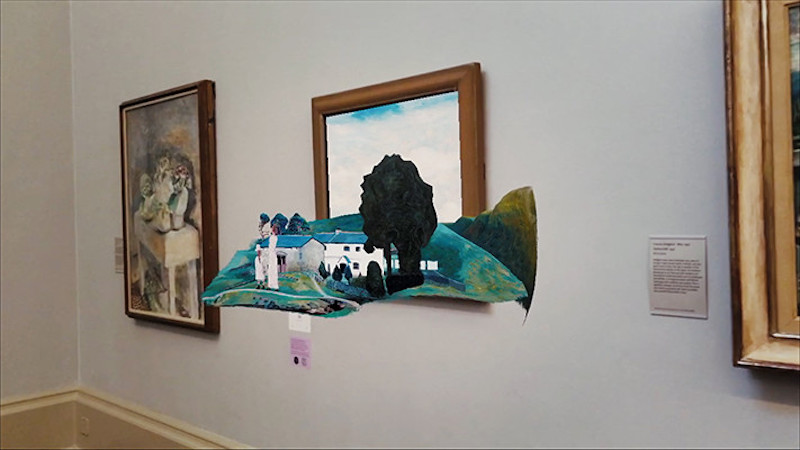 Tate Britain is the latest museum to employ augmented reality, partnering with Facebook to create a Spark AR-powered art exhibit – ‘The Virtual Wing’.

Using the Spark AR platform, Facebook and Tate have reframed eight artworks at the gallery to tell new stories behind the pieces.

Visitors will get the chance to view the art in greater depth, using a smartphone and Instagram’s camera to scan and activate the Spark AR-powered experience.

Guests will then be given a map to navigate their way around the eight AR-enhanced paintings.

View eight of the Tate’s artworks in AR

Posted by Tech@Facebook on Thursday, 1 August 2019

Artworks were selected based on the unusual or untold stories behind them. They include ‘Fishing upon the Blythe-Sand, Tide Setting In’ by William Turner.

The painting, which may have been used as a cat flap, was previously torn into five pieces before being repaired. Using AR, the canvas seemingly tears apart again as a tabby cat jumps through.

Visitors can track the effect of time on ‘Carnation, Lily, Lily, Rose’ by John Singer Sargent, as flowers wilt and die and the light changes. 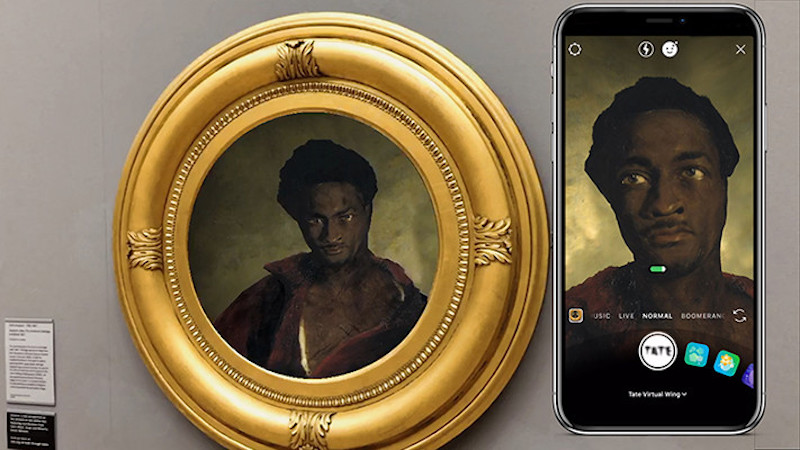 The AR effect on ‘Self-Portrait’ by Gwen John lets visitors watch as John completes her painting. More paintings in the exhibit are ‘Amateurs of Tye-Wig Music (Musicians of the Old School)’ by Edward Francis Burney, and ‘A Youth Relating Tales to Ladies’ by Simeon Solomon.

Visitors will also get to see ‘The Cholmondeley Ladies’ with Spark AR, as well as ‘Farm at Watendlath’ by Dora Carrington, and ‘Head of a Man (?Ira Frederick Aldridge)’ by John Simpson.

“Unlike traditional cameras, today’s smartphones have both immense computing power and an always-on connection to the internet – a combination that turns out to be profound,” said Spark AR boss Matthew Roberts.

? Tonight is a very exciting launch at Tate Britain! Through #augmentedreality, you can now see 8 free collection works come to life in the gallery. From Gwen John standing before her self-portrait to a cat emerging from a JMW Turner painting, what will you discover? ? #TateAR pic.twitter.com/AU003BEyK2

“More than just capture, this is a camera that can see,” he added. “By tapping into a wealth of relevant data alongside AI and computer vision algorithms, we can help people learn and connect to the world around them in meaningful ways.”

San Francisco’s de Young Museum is offering Google Lens so that visitors can discover the stories behind paintings, while the High Museum of Art has launched a Tinder-style app for art.

It’s nice and all but has been done before in greater scale at the Albertina Museum in Vienna with Artivive.
You should check that out 😉