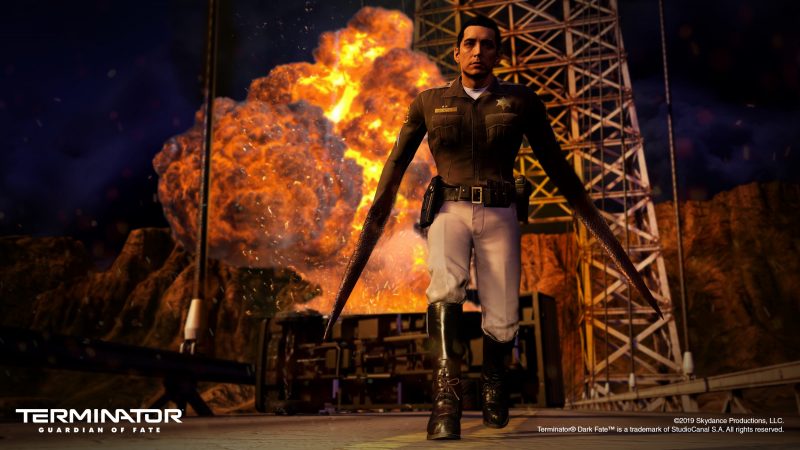 According to a press release, Terminator: Guardian of Fate is an intense, action-packed, interactive experience – with Linda Hamilton voicing Sarah Connor.

“We have really created something very special with Terminator: Guardian of Fate,” said Chanel Summers, VRstudios’ VP of creative development. “This is an all-out adrenaline-fuelled interactive experience that is a roller coaster of intensity.

“The Terminator is the ultimate movie monster and just when players think they have destroyed it, it comes back! The action is so relentless that you will barely have time to catch your breath!”

Players join Sarah Connor and her team to stop the deadliest ever Terminator from destroying a target who will be valuable to the future of the Resistance.

Sarah Connor guides players as they outrun and outwit the Terminator, ensuring the target and her work escape to safety.

Terminator: Guardian of Fate also boasts a zombie-style shootout with the Terminator, and culminates in a massive showdown.

Another chapter of the game is coming out soon, with multiple endings and more surprises.

VRstudios once again teamed up with development partner Strange Reptile on the Terminator VR experience.

The companies have worked together on Star Trek: Dark Remnant and Men in Black: Galactic Getaway for Dave & Buster’s.

Elsewhere, The VOID and Sony Pictures Virtual Reality (SPVR) have teamed up for an immersive Jumanji VR experience, called ‘Jumanji: Reverse the Curse’.